Fourth Win of 2022 Just Within Reach for Jennifer Kupcho

Epson Tour, Ascensus Announce Title Sponsorship of the Ascensus Race for the Card

HOWEY-IN-THE-HILLS, Fla. (May 24, 2022) – The Epson Tour and Ascensus have announced a three-year sponsorship agreement to make the company the official title sponsor of the Ascensus Race for the Card, the season-long chase for LPGA Tour membership. As the Official Qualifying Tour of the LPGA, the Epson Tour is in its 42nd year of structured competition.

This partnership represents the first sports-related sponsorship investment for Ascensus, which provides tax-advantaged savings technology, services and expertise, and enables institutional partners, advisors and state governments to help more than 15 million people save for retirement, education and healthcare across the United States.

Every season, the top-10 players in the Ascensus Race for the Card earn LPGA Tour membership for the following year. Ascensus joins the LPGA family to lend financial support and enhance the visibility of the journey for athletes striving to achieve their dreams.

The Epson Tour and Ascensus deal is effective immediately and extends through the 2025 calendar year.

“This partnership shines a spotlight on the Ascensus Race for the Card and stories of athletes competing for their spot on the LPGA Tour,” said Mike Nichols, the Chief Business Officer of LPGA Qualifying Tours. “Whatever financial goals savers are trying to reach, Ascensus and its partners help them get there—a commitment that aligns perfectly with their support of the competitors on the Epson Tour and their road to the LPGA.” 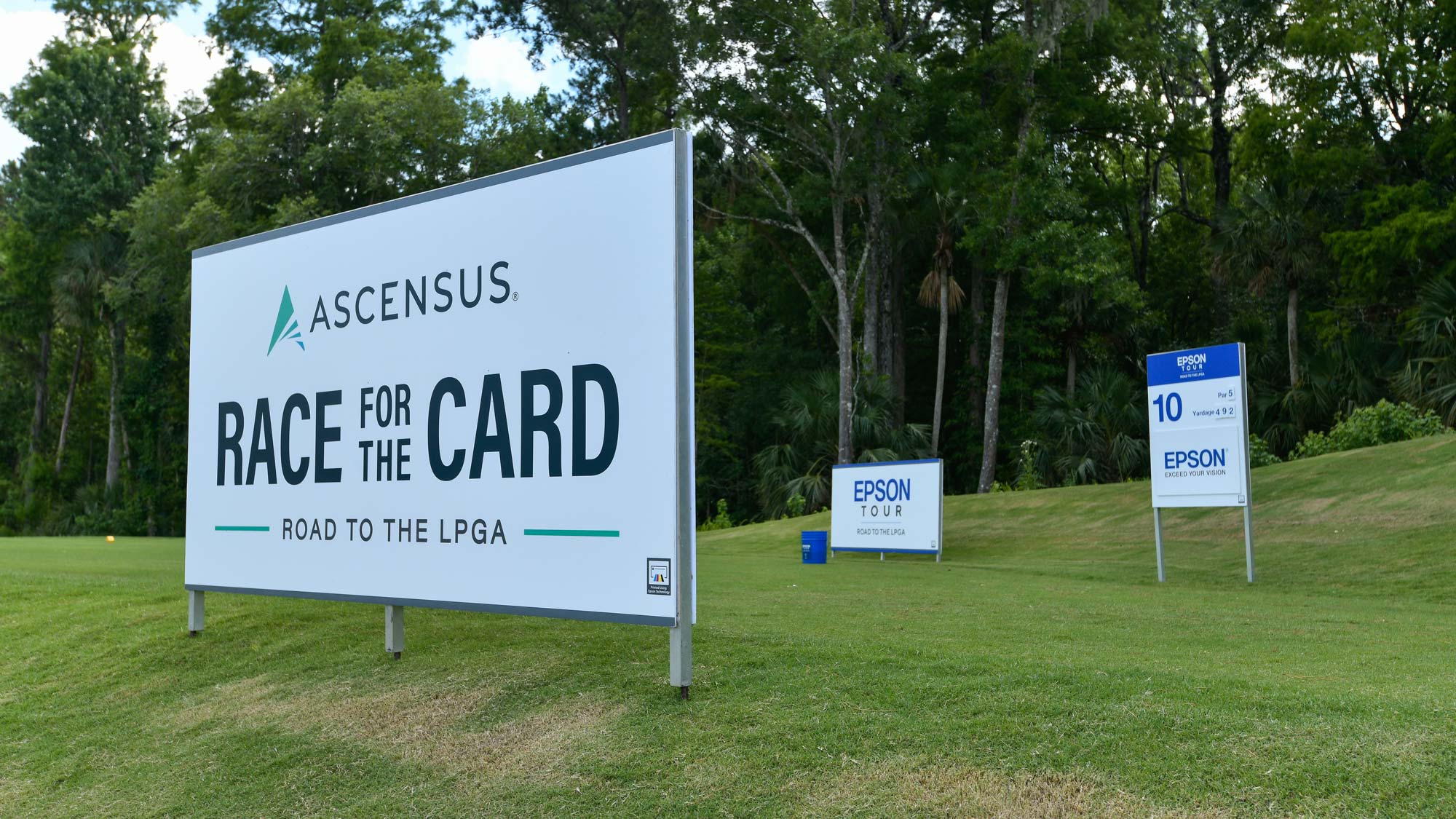 Ascensus and the Epson Tour commit to enhancing coverage of the Ascensus Race for the Card through promotional activities and their efforts to support all Epson Tour members throughout their time on Tour and upon graduation to the LPGA. The platform of both organizations will demonstrate an ongoing commitment to diversity, equity and inclusion, and include on-course engagement, as well as visibility and promotion online and across social media.

“The talented athletes competing in the Ascensus Race for the Card—and the drive and determination they demonstrate—are great examples of never giving up on your goals and being willing to do the hard work to get there,” said David Musto, president and CEO of Ascensus. “We’re proud to champion these outstanding individuals on their journey to the biggest stage in women’s professional golf, and we look forward to watching their success for years to come.”

During the 2021 LPGA Tour season, nine former Ascensus Race for the Card graduates or Epson Tour alumnae claimed 12 LPGA Tour wins, led by Rolex Rankings No. 2 Nelly Korda, who captured four titles plus a gold medal at the Tokyo Olympics. Other notable LPGA players who got their start on the Epson Tour include major champions Inbee Park from the Republic of Korea, Lorena Ochoa of Mexico, and Australia’s Hannah Green. These individuals exemplify the international draw of the Epson Tour, which annually attracts players from more than 40 countries. Over the last seven years, 65 players from 21 nations have graduated via the Race for the Card.

“Ascensus is a company rooted in a noble purpose—helping people save for what matters—because we believe everyone deserves to feel financially secure,” added Musto. “We’re delighted to associate the Ascensus brand with these dedicated athletes competing for LPGA membership and helping create a more diverse, equitable and inclusive world in this sport and beyond.”

The 2022 Epson Tour schedule features 21 tournaments and continues this week with the Inova Mission Inn Championship at Mission Inn Resort in Howey-in-the-Hills, Fla. The 2022 Ascensus Race For the Card graduates will be finalized upon the conclusion of the season-ending Epson Tour Championship, Oct. 6-9 at LPGA International in Daytona Beach.