Written By: Steve Eubanks jseubanks
Steve Eubanks is a New York Times bestselling author and managing editor for the LPGA.
﻿
0Share on Facebook
0

EL DORADO, Ark. — A total of 108 players will take on the challenge that Mystic Creek Golf Club presents starting Friday with the first round of the Murphy USA El Dorado Shootout.

Three featured groups highlight the competition for the antepenultimate event of the 2021 Epson Tour season.

There’s no place like home for Fernanda Lira (Mexico City, Mexico). Well, sort of. The Mexican national feels right at home in El Dorado, Ark. having gone to school 150 miles north in Conway at the University of Central Arkansas. She also loves the Mystic Creek Golf Club, which has all the best traits of the state she calls her home away from home.

Lira is joined by Sierra Brooks (Orlando, Florida), who is coming off a runner-up finish at the rain-shortened Guardian Championship, a career best for the 23-year-old.

Rounding out the group is Kyung Kim (Chandler, Arizona) who had a top-10 the last time this event was held, finishing in a tie for ninth in 2019, one of eight top-10 finishes Kim earned that season. 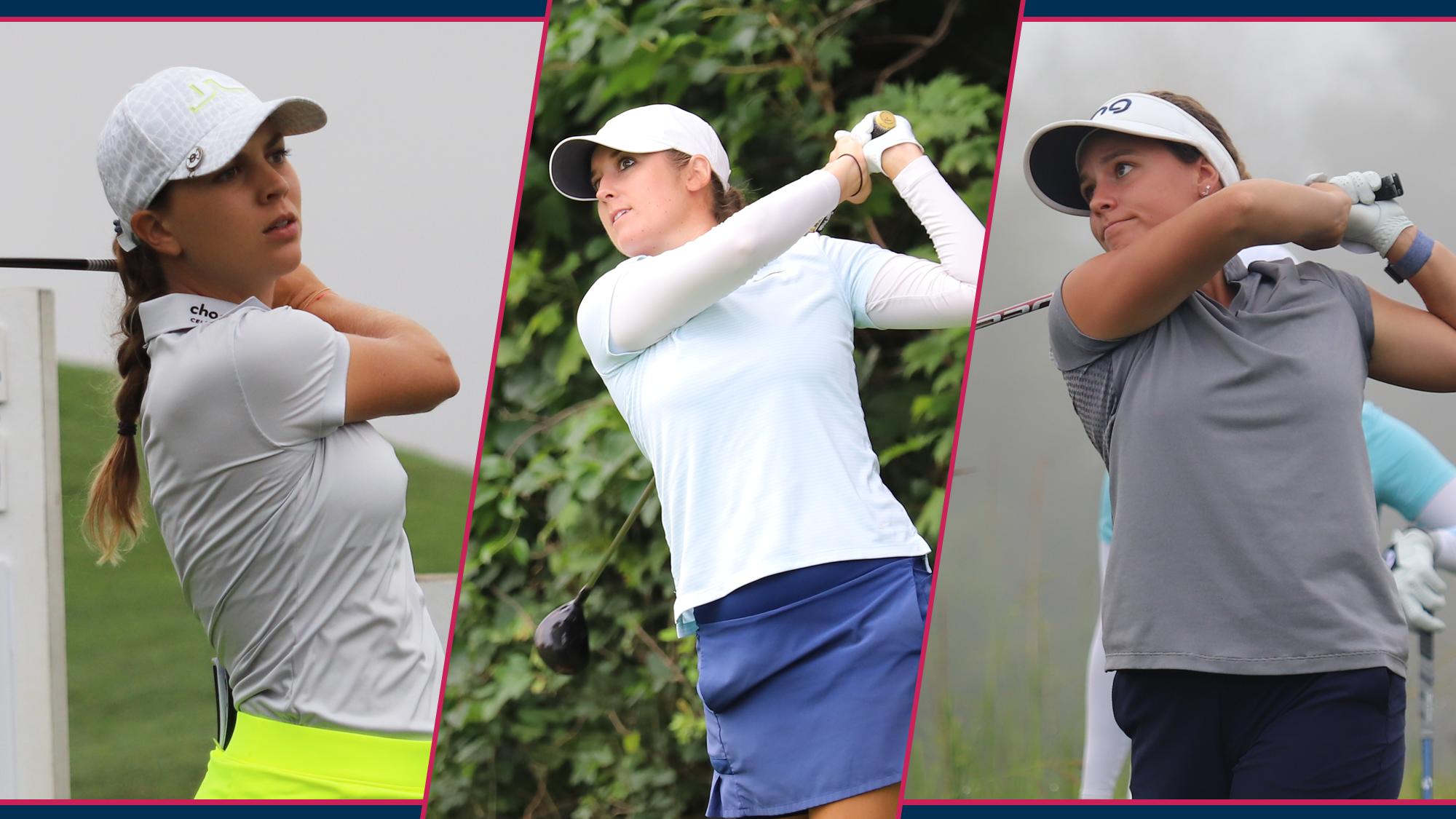 The second group features three players just inside the “Race for the Card” bubble, all of whom need good finishes in the final three events to secure positions in the top-10 money winners for the season. Morgane Metraux (Lausanne, Switzerland) currently sits at No. 7 in the Race for the Card with $68,750 for the year. Metraux won the Island Resort Championship in June and has three other top-10 finishes, including a runner-up at the Casino Del Sol Classic in April and a tie for eighth last week at the Guardian Championship.

She is followed closely by Allison Emrey (Charlotte, North Carolina), who won the IOA Golf Classic presented by RP Funding and sits at No. 8 in the Race for the Card with $68,292. In addition to her win, Emrey has four other top-10 finishes, including a share of eighth, along with Metraux, last week at the Guardian Championship.

Finally, with six top-10 finishes, Amanda Doherty (Atlanta, Georgia) sits in the ninth spot on the money list with $65,076. All three will be looking to improve their position going into the closing events of the year. 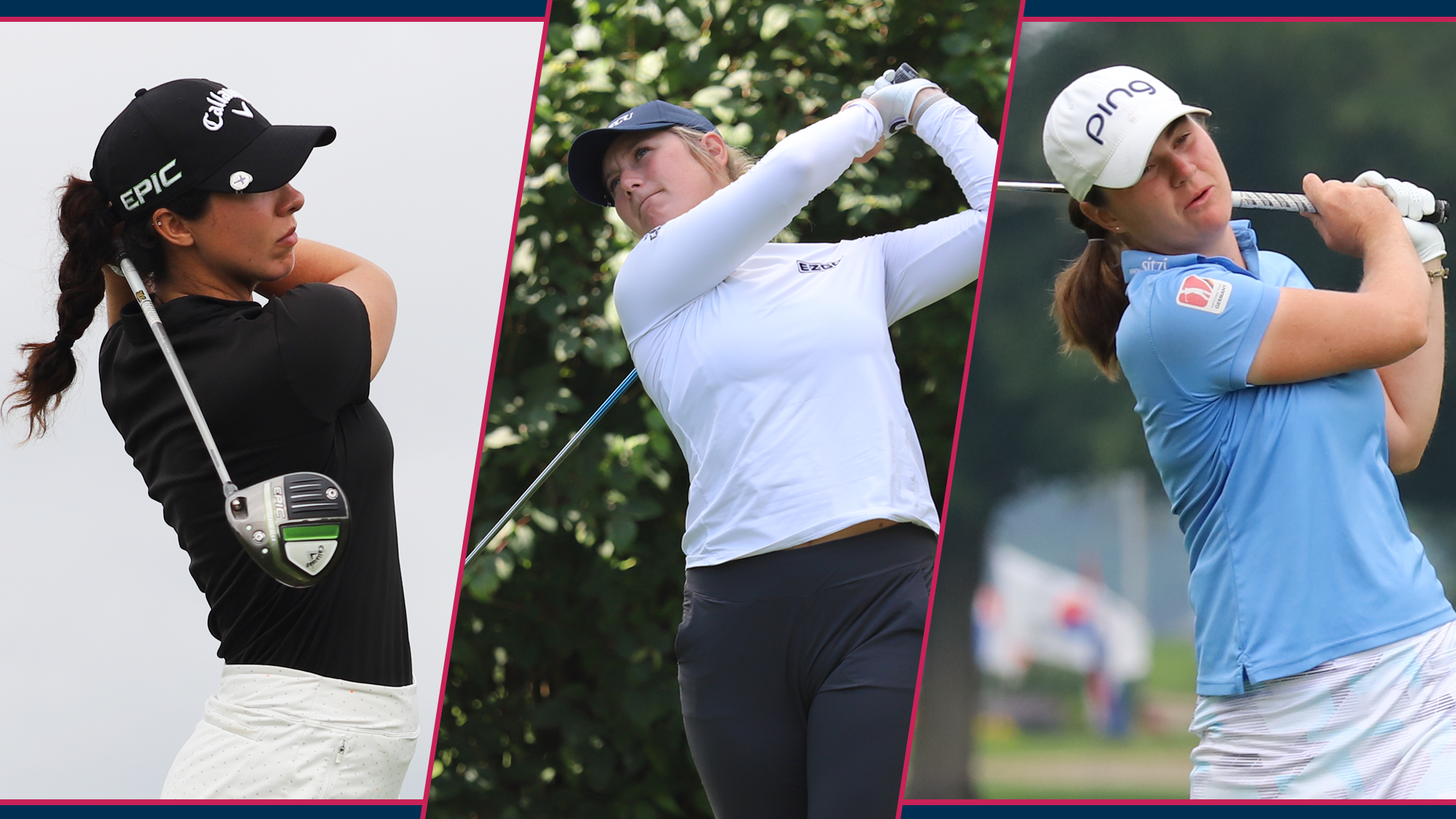 They are currently on the outside looking in with only three remaining events to claw their way into the top 10 and earn LPGA membership for 2022. Sophia Schubert, the 2017 U.S. Women’s Amateur champion and one of the stalwarts on the victorious 2017 U.S. Curtis Cup team, is closest, currently No. 11 in the Race for the Card with $62,133. Schubert has yet to break into the winner’s circle in 2021. But she has two runner-up finishes at the IOA Championship presented by Morongo Casino Resort & Spa and the Firekeepers Casino Hotel Championship.

She is followed closely by Bailey Tardy (Norcross, Georgia). The 25-year-old University of Georgia graduate won the Copper Rock Championship in April and has two other top-5 finishes but needs a strong closing stretch. She sits at No. 12 in earnings with $60,178.

Rounding out the group is 26-year-old Isi Gabsa (Munich, Germany), who has five top-10 finishes, including a runner-up at the Firekeepers Casino Hotel Championship, and currently sits at No. 13 in the Race for the Card with $56,642.