SOUTH BEND, Ind. — A total of 144 players will take on the challenge that South Bend Country Club presents starting Friday with the first round of the Four Winds Invitational.

Three featured groups highlight the competition for the 15th event of the 2021 Epson Tour season.

Canadian native Maude-Aimee Leblanc (Sherbrooke, Quebec) sits at No. 3 in the Race for the Card. Leblanc has eight top-10 finishes this season, including three runner-up performances. She most recently tied for sixth at the FireKeepers Casino Hotel Championship. Leblanc was a three-time First Team All-Big 10 performer for Purdue University and even won a NCAA National Championship with the Boilermakers.

Fernanda Lira (Mexico City, Mexico) is coming off her first career win on the Epson Tour. She carded a final round 10-under 62 to win by six strokes at the FireKeepers Casino Hotel Championship, the same day fellow Mexican native Abraham Ancer won the WGC-FedEx St. Jude Invitational. Lira also won on the Women’s All Pro Tour (WAPT) earlier this year at the Mountain Ranch Championship. This week will be her second appearance at the Four Winds Invitational.

Returning for the first time since she won the 2017 Four Winds Invitational champion is Kendall Dye (Edmond, Oklahoma). The following year she went on to win two events three additional top-10’s to help her graduate from the Road to the LPGA. She was a two-time captain for the University of Oklahoma where she received medalist honors at the 2009 Big-12 Championship. Between competing on Tour she travels to Africa on mission trips doing for Golf Fore Africa.

Kim Kaufman (Clark, South Dakota) captured her third career Epson Tour title at the 2020 Four Winds Invitational. She is a graduate of Texas Tech University, with 12 top-10 results and a career-best tie for second at 2015 Blue Bay LPGA. Kaufman was also a two-time Epson Tour champion in 2013, winning the Island Resort Championship and the Volvik Championship.

Completing the featured group is Laura Gonzalez Escallon (Artesia, California), a Purdue University graduate. She was the 2012 Big Ten Player of the Year, a two-time All-Big Ten First team and finished in the quarterfinals of the 2021 U.S. Women’s Amateur Championship (eliminated by eventual champion, Lydia Ko. Gonzalez Escallon is a two-time Epson Tour winner with 15 career top-10s. Huffer has. 10 career top-10 finishes on the Epson Tour and is entering this week off her season-best of T13 at the FireKeepers Casino Hotel Championship. 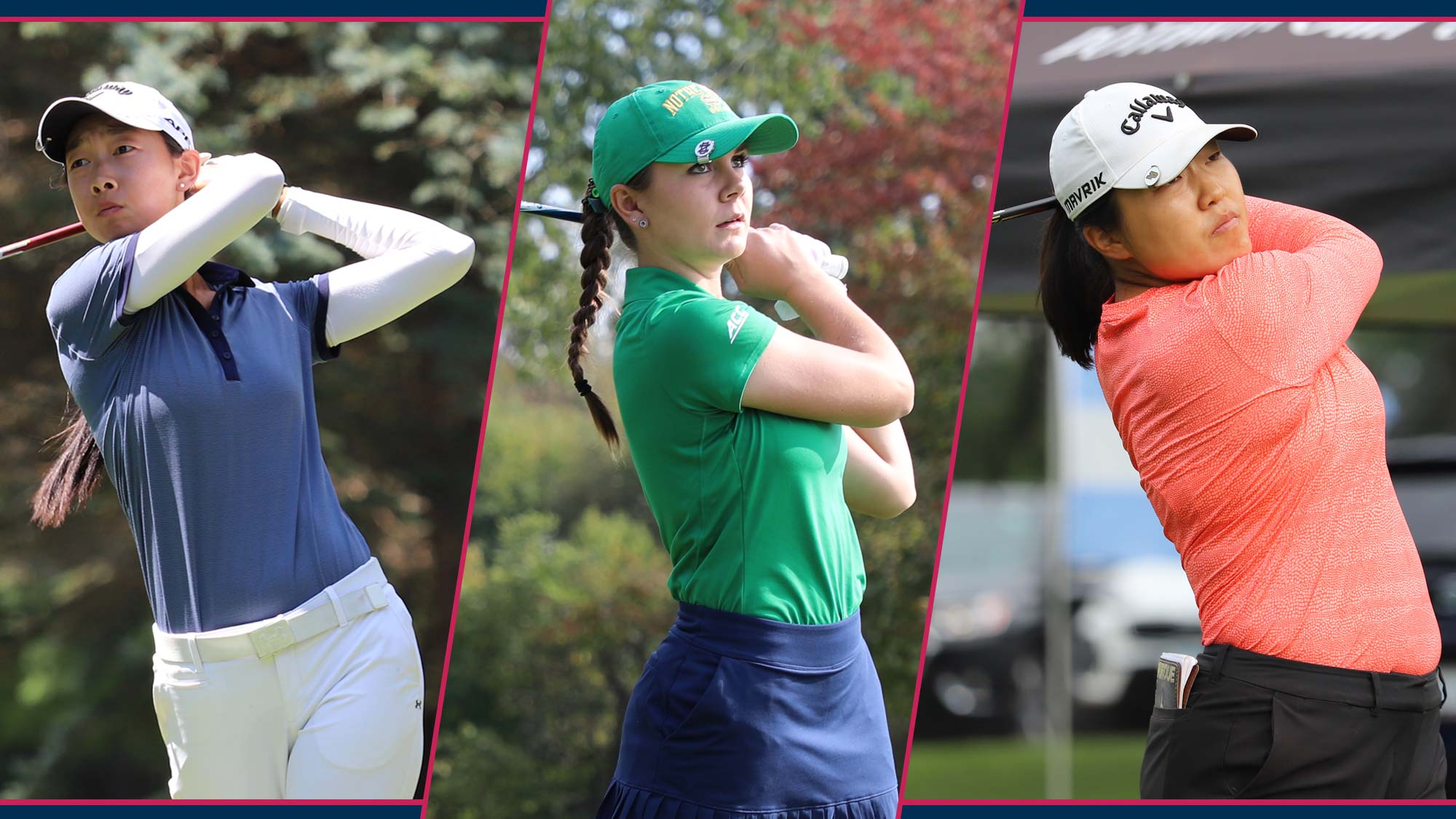 Janet Mao (Johns Creek, Georgia) competes this weekend only two hours away from her alma mater, Northwestern University, where she studied neuroscience. This year Mao has played the weekend in six tournaments. Her career-best finish came last season when she tied for twenty-first at the IOA Championship presented by Morongo Casino Resort & Spa.

Lauren Beaudreau (Lemont, IL) was named to the 2020 WGCA All-American Scholar team and named to the 2021 ACC. All-Academic Team freshman year with Notre Dame University. In 2021, Beaudreau earned her first career win at the Indiana Spring Invite and finished T20 at the ACC Championship. She is competing in the field this week thanks to a sponsor invite from Four Winds Invitational.