GREENSBORO, N.C. — A total of 114 players will take on the challenge that Forest Oaks Country Club presents starting Thursday with the first round of the Carolina Golf Classic presented by Blue Cross and Blue Shield of North Carolina.

Three featured groups highlight the competition for the 19th event of the 2021 Epson Tour season. 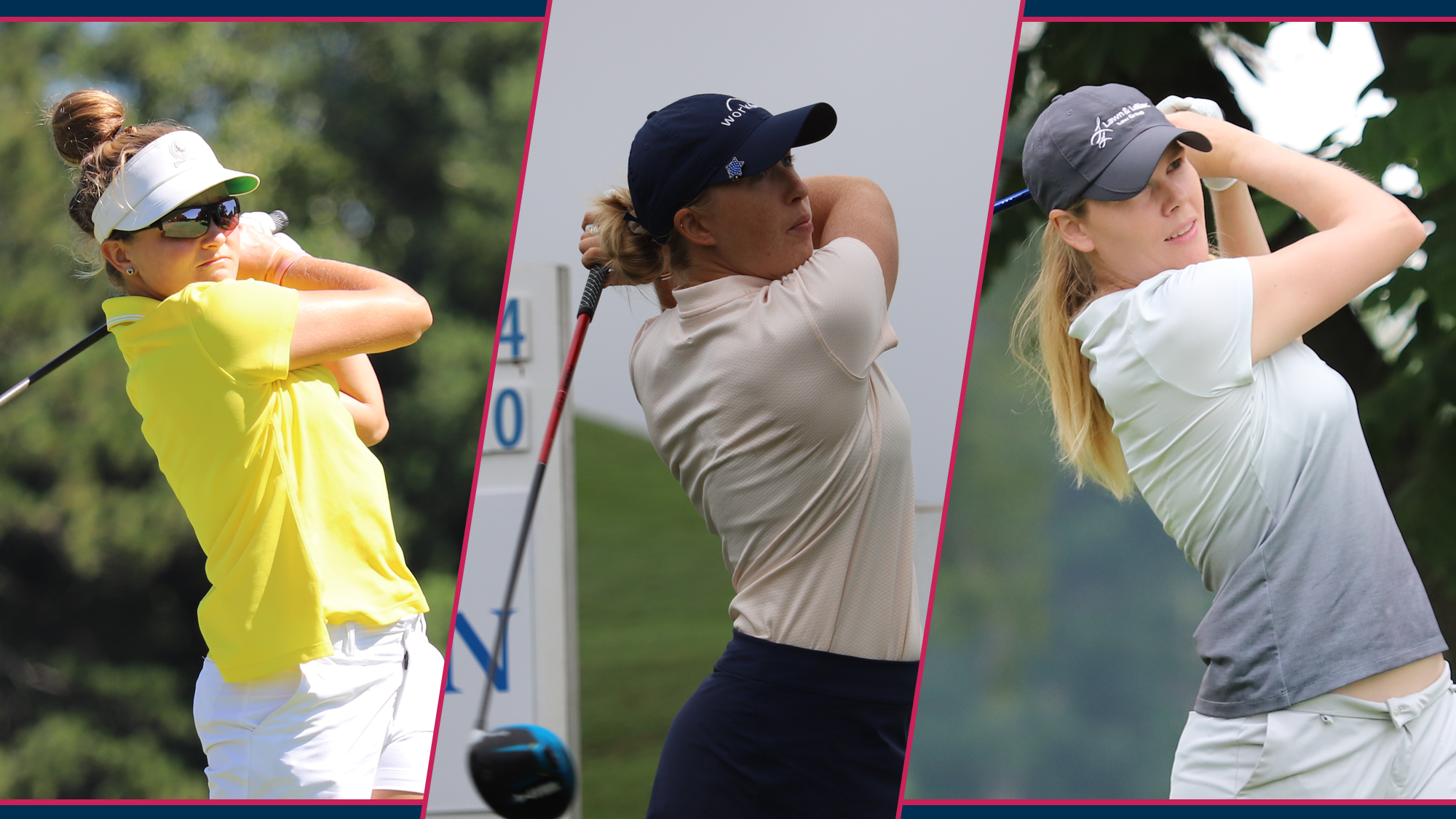 Earlier today, Fatima Fernandez Cano (Santiago de Compostela, Spain) was confirmed to have clinched her spot in the top 10 of the 2021 Race for the Card. She enters this week coming off her second runner-up finish this season at the Murphy USA El Dorado Shootout. The four-time All-Sun Belt First Team selection and eight-time tournament winner for Troy University claimed her first win last year at the IOA Championship presented by Morongo Casino Resort & Spa.

Two-time Epson Tour champion Casey Danielson (Osceola, Wisconsin) joins this trio in Greensboro. The Stanford University graduate is No. 4 in Race for the Card rankings and has also clinched her spot in the top 10. Danielson has claimed two wins this year in the Epson Classic and Donald Ross Classic at French Lick Resort. This will be her second appearance at the Carolina Golf Classic presented by Blue Cross and Blue Shield of North Carolina.

Canadian native Maude-Aimee Leblanc (Sherbrooke, Quebec) sits at No. 5 in the Race for the Card. Leblanc has nine top-10 finishes this season, including three runner-up performances. She most recently tied for sixth at the Guardian Championship. Leblanc was a three-time First Team All-Big 10 performer for Purdue University and won a NCAA National Championship with the Boilermakers. 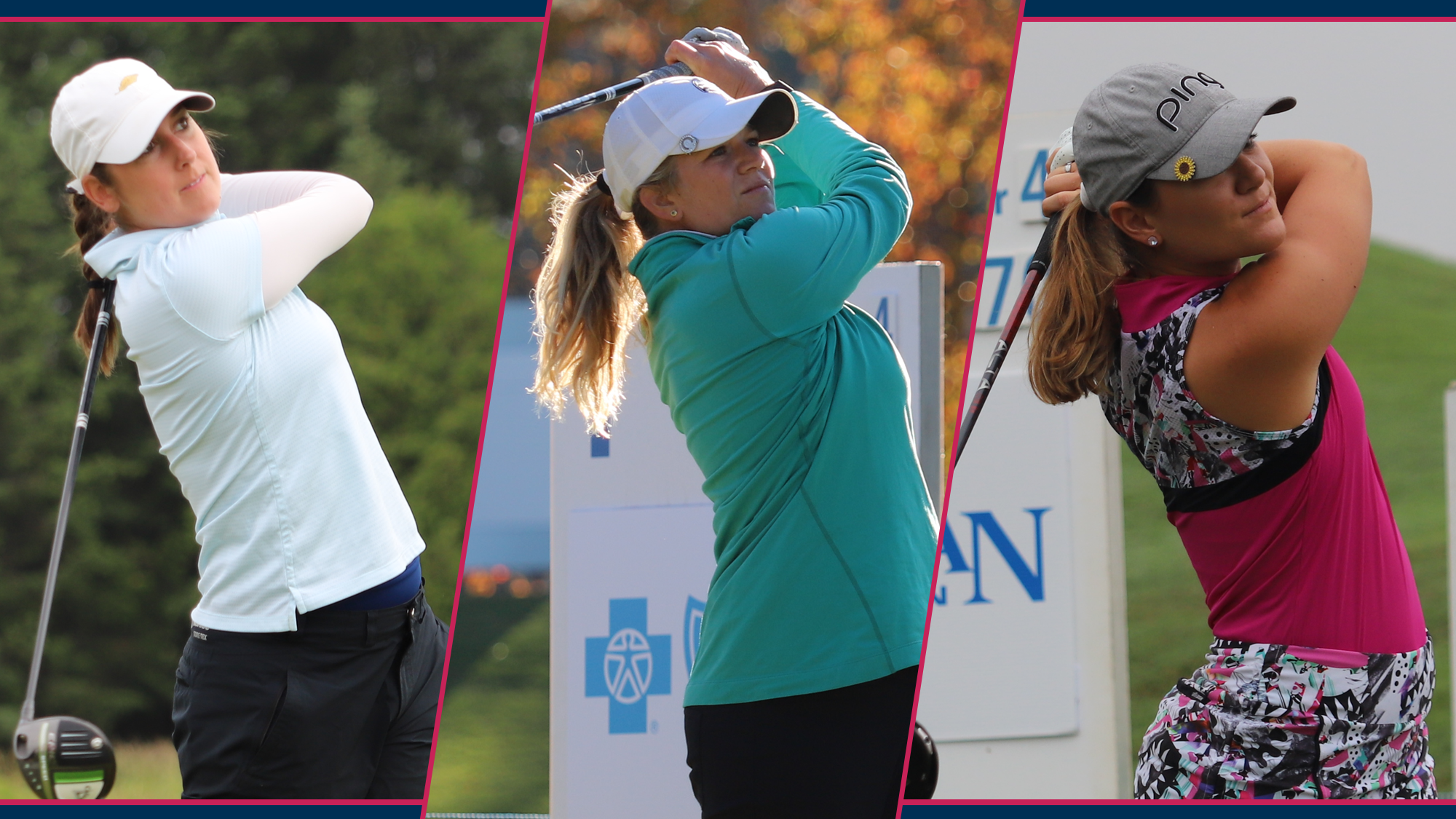 Wake Forest University alumna Allison Emrey (Charlotte, North Carolina) gets things started for this featured group. In 2009, Emrey won the North & South Junior Championship at Pinehurst. The North Carolina native collected eight top-10 results and was named to the 2015 All-ACC Team while competing for the Demon Deacons. Earlier this year she won the IOA Golf Classic presented by RP Funding and sits at No. 8 in the Race for the Card with $69,816.

Joining the second featured group is three-time Epson Tour champion Laura Wearn (Charlotte, North Carolina). Her most recent win was last year at the IOA Golf Classic presented by HomeValue.com. The Furman University alumna was a two-time All-Southern Conference performer for the Paladins. In the middle of the season, Wearn claimed back-to-back T6 finishes at the Donald Ross Classic and the Danielle Downey Credit Union Classic.

Currently No. 20 in the Race for the Card is Epson Tour rookie Haylee Harford (Leavittsburg, Ohio). This week she will be competing only three hours away from her alma mater, Furman University. While competing for the Paladins, Harford was named a four-time All-Southern Conference performer and 2019 Southern Conference Player of the Year. This year she has claimed five top-10 finishes, including a solo fourth at the Carlisle Arizona Women’s Golf Classic.

Currently studying for her masters at Wake Forest University, amateur Emilia Migliaccio (Cary, North Carolina) will compete for the second time in the Carolina Golf Classic presented by Blue Cross and Blue Shield of North Carolina. This year she represented the USA at the Curtis Cup and placed second at Augusta National Women’s Amateur. During her undergrad with the Demon Deacons, she was a two-time All-American and helped her team claim an Atlantic Coast Conference title in 2019.

Sierra Sims (Tampa, Florida) was a Women’s Golf Coaches Association (WGCA) Second Team All-American at Wake Forest University in 2015. She played the weekend six times this year and has three career top-10 finishes. Her most recent top-10 came in 2019 at the Epson Tour Championship where she finished T6.

Lori Beth Adams (Burlington, North Carolina) is a University of North Carolina Wilmington alumna. The North Carolina native was runner-up at the 2014 North & South Amateur contested on Pinehurst Resort’s No. 6 and No. 8. Adams was a two-time All-CAA first-team member and the 2015 Carolina Golf Association’s Player of the Year. Adams enters this week coming off her second top-10 of the season, a tie for eighth at the Murphy USA El Dorado Shootout.