BEAUMONT, Calif. — A total of 132 players will take on the challenge that Morongo Golf Club at Tukwet Canyon presents starting Friday with the first round of the fifth annual IOA Championship presented by Morongo Casino Resort & Spa.

Three featured groups highlight the competition for the fourth event of the 2020 Epson Tour season.

Sarah White, Kim Kaufman, Lucy Li (No. 10 tee, 8:28 a.m.)
Following a win in her Epson Tour debut last week at the Founders Tribute as a Non-Member, Sarah White (Grand Rapids, Michigan) is eager for her first start as a Member on the “Road to the LPGA.” The recent Texas State University graduate won the 2018 Spring Lake Invitational in Spring Lake, Mich., at Spring Lake Country Club and competed in the U.S. Women’s Amateur Championship that same year.

Meanwhile, entering her fifth straight week on the road, Kim Kaufman (Clark, South Dakota) now travels to Morongo Golf Club at Tukwet Canyon. After a tied for fourth finish in Battle Creek and then solo sixth result at the Founders Tribute, Kaufman looks to maintain momentum. During this stretch, Kaufman also made the cut in both LPGA starts—LPGA Drive On Championship and Marathon LPGA Classic presented by Dana.

Rounding out the group is Lucy Li (Redwood Shores, California). She finds herself coming off a 6-under par 66 final round at the Founders Tribute for a fifth-place result, her best yet as a Epson Tour rookie. The 17-year-old will be competing in her third Epson Tour event this week and currently sits at No. 14 in the Volvik Race for the Card. Li qualified for the 2014 U.S. Women’s Open at the age of 11 to hold the distinction as the youngest player to ever qualify for the prestigious major championship.

Casey Danielson, Dewi Weber, Fatima Fernandez Cano (No. 10 tee, 12:23 p.m.)
Stanford University alumna Casey Danielson (Osceola, Wisconsin) gets things started for this featured group. Following a Epson Tour career-best result of tied for second at Longbow Golf Club, Danielson shot up 87 spots in the Volvik Race for the Card all the way to No. 8. Look out for another strong start.

It has been a pretty consistent start to the year for Dewi Weber (Groningen, Netherlands) with three top-20 performance in three events played. A University of Miami (FL) alumna, Weber won three times during her collegiate career and was a 2017 Women’s Golf Coaches Association (WGCA) Second Team All-American. The second-year pro arrives in Riverside County fresh off a tied for ninth showing in Mesa.

Finally, Fatima Fernandez Cano (Santiago de Compostela, Spain) has two top-10 finishes on the 2020 season. She tied for sixth in March at the Florida’s Natural Charity Classic and went solo fourth last week for the Founders Tribute. In her third year on the Epson Tour, the Troy University graduate has earned a total of $10,782 between those two events. 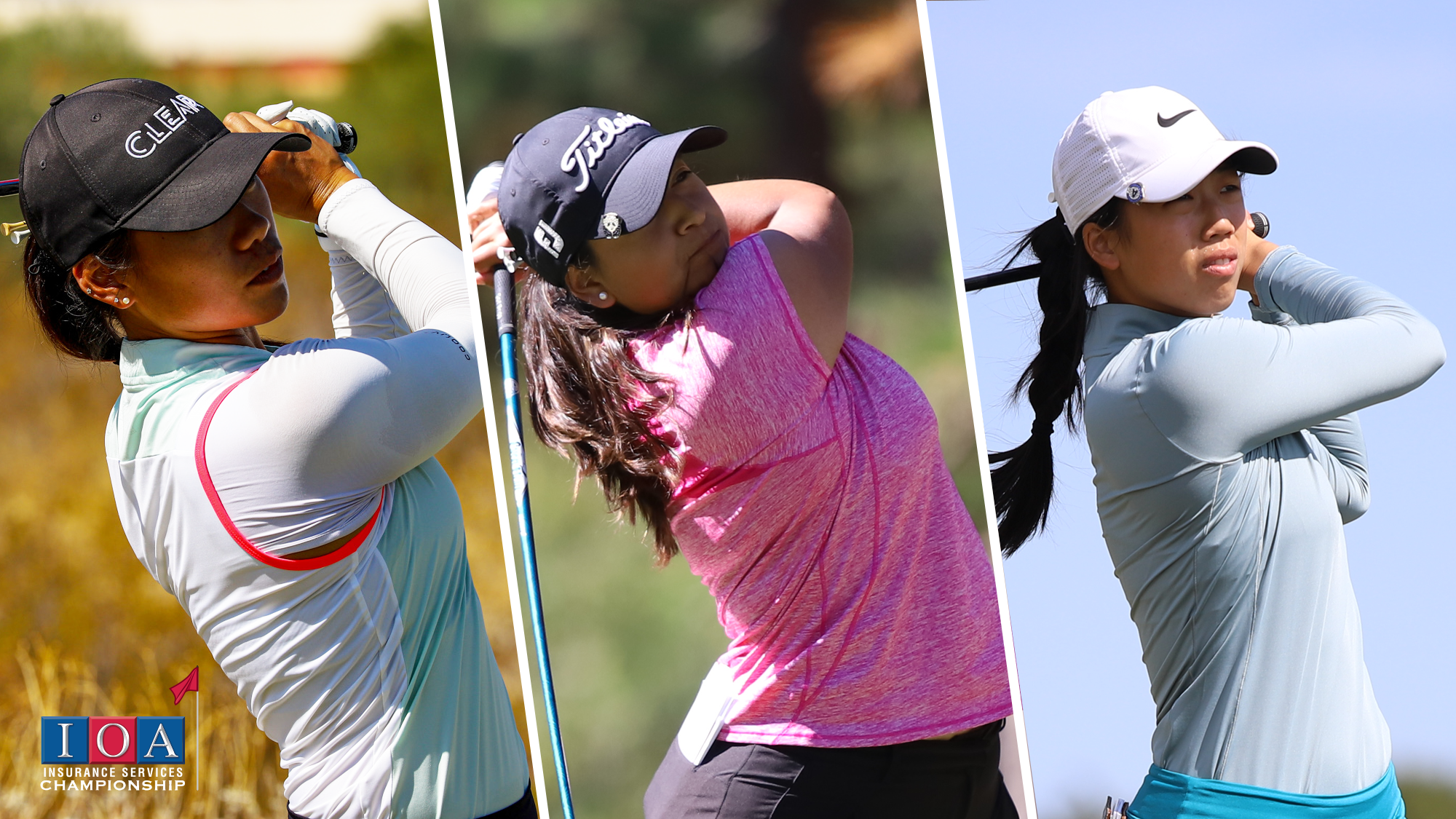 Demi Runas, Lee Lopez, Andrea Wong (No. 1 tee, 12:56 p.m.)
Clear Golf ambassador Demi Runas (Torrance, California) is back competing in her home state where she was born and raised, and also starred for the University of California, Davis. A three-time Big West Conference Player of the Year for the Aggies, Runas has finished tied for 17th at the IOA Championship presented by Morongo Casino Resort & Spa in each of the last two years.

Another member of this featured group is UCLA graduate Lee Lopez (Whittier, California). A native of the Golden State, Lopez is back competing on the Epson Tour. She tied for 28th at FireKeepers Casino Hotel Championship last month and went tied for 34th in the Marathon LPGA Classic presented by Dana earlier this month. Lopez earned a tied for 11th result in 2019 at Morongo Golf Club at Tukwet Canyon.

Andrea Wong (San Francisco, California) is another University of California, Davis graduate. The NorCal native has competed on the Ladies European Tour (LET) and Australian Ladies Professional Golf (ALPG) Tour, in addition to the Epson Tour. Prepping for her third career start in this event, Wong owns a top finish of tied for 22nd at the 2018 IOA Championship presented by Morongo Casino Resort & Spa.