REDDING JUMPS OUT TO 18-HOLE LEAD
Making her first start at the IOA Championship presented by Morongo Casino Resort & Spa, Epson Tour rookie Anna Redding (Concord, North Carolina) carded eight birdies and an eagle in the first round for a career-best 8-under par 64. She’ll take a two-stroke advantage into Saturday in Beaumont, Calif.

“I was not hitting many fairways, which is typically my strong suit. Only hit six fairways today, but my approach shots weren’t too far away,” said Redding after a 5-under par 31 on the front nine. “Then my putting really came through, had some confidence after making a putt on the first hole. It got me going, seeing the ball go in. That little stretch, I made a few putts I didn’t think I was going to make honestly. I found my line, hit the putt and it went in, which was really fun to see.”

In an unconventional season for any player, never mind a rookie trying to learn the ropes, Redding still finds a way to see the positives. Making the cut in each of her three starts so far has been great, but for the University of Virginia alumna, it wasn’t enough.

“I love playing golf, just being out here is very fun,” Redding said. “I was disappointed last week, felt like I had a little more to give. I’ve been speaking with my sports psychologist and [swing] coach, we agreed I was getting in my head and I need to remember to not judge myself and analyze it later. After we talked it out, going into this week my mentality was that my feelings are what they are, to go out and play with what I have. It took off today, which was fun.” 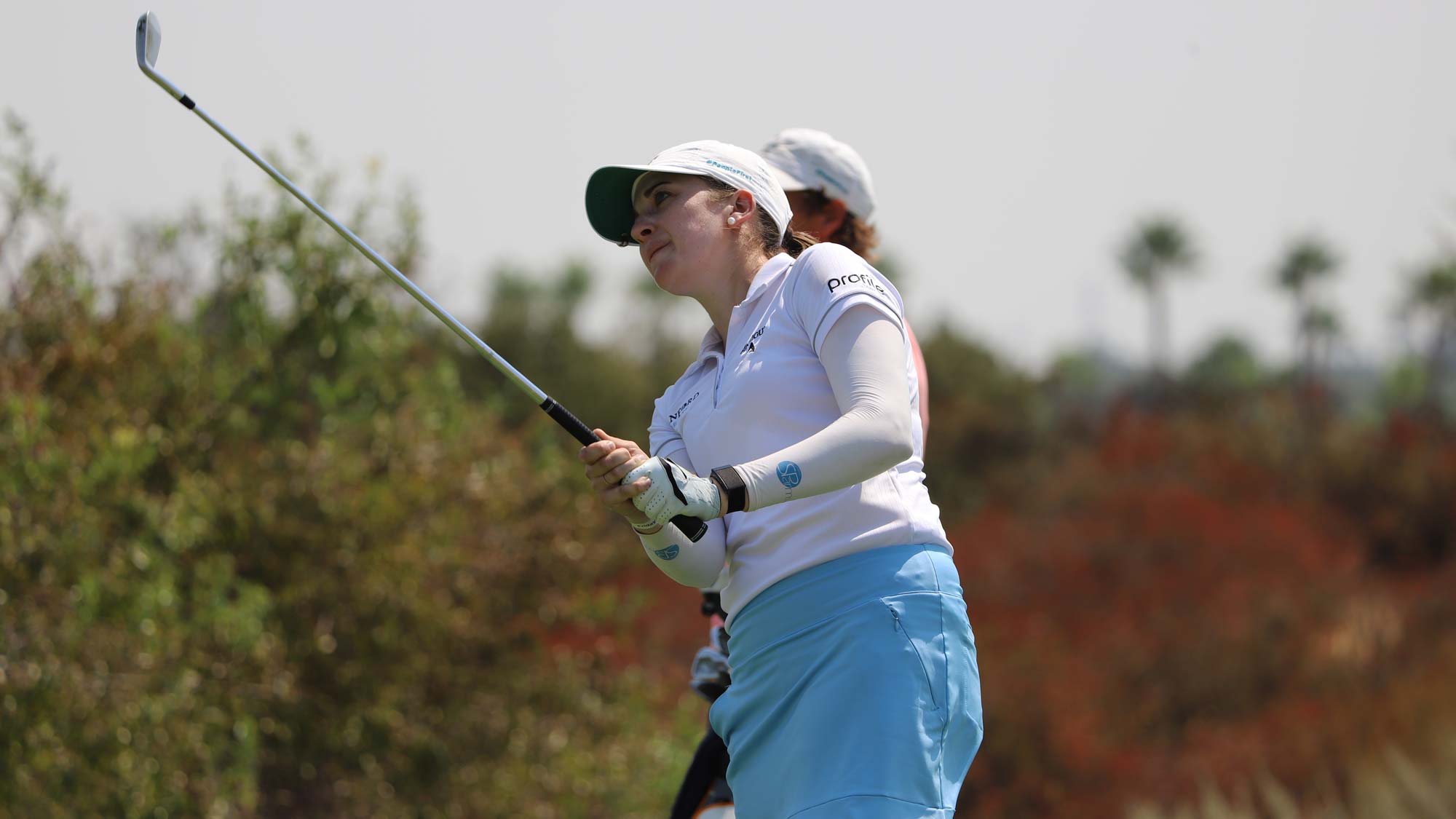 KAUFMAN KEEPING UP THE MOMENTUM
Despite facing strong winds when she started off No. 10 tee this morning, Kim Kaufman (Clark, South Dakota) recorded seven birdies for a 6-under par 66 opening round and sits just two strokes back from the lead.

“We are just out here trying to hit every shot the best you can every day,” said Kaufman. “It was tough this morning, I don’t think anyone expected the wind to come through and I thought it was going to be a battle. It’s not an easy golf course, but if you’re hitting the ball well then there are birdie opportunities. Thankfully I putted well today and minimized mistakes.”

After a tied for fourth finish in the FireKeepers Casino Hotel Championship and solo sixth result at the Founders Tribute last week, Kaufman is closer than ever to claiming her third Epson Tour title. The key to her success this season has been staying focused on her game instead of external factors taking place around her.

“We have to stay in our own little world,” said Kaufman, in her fifth straight week on the road. “I love that there are no leaderboards out here, I appreciate that. You have to do your best to go out there and not play defense and try to resist things. You might make birdies and bogeys, and others are going to do the same thing too.

“Everyone can have good weeks. From being out here—for what feels like forever now—if you play well, you play good week in and week out. Not every round is a 66, but I’ve enjoyed seeing myself under par and consistently making birdies. If I can keep doing that, they say good golf takes care of other things. You may not win every week, you may never win, but if always there you are going to have a chance.” 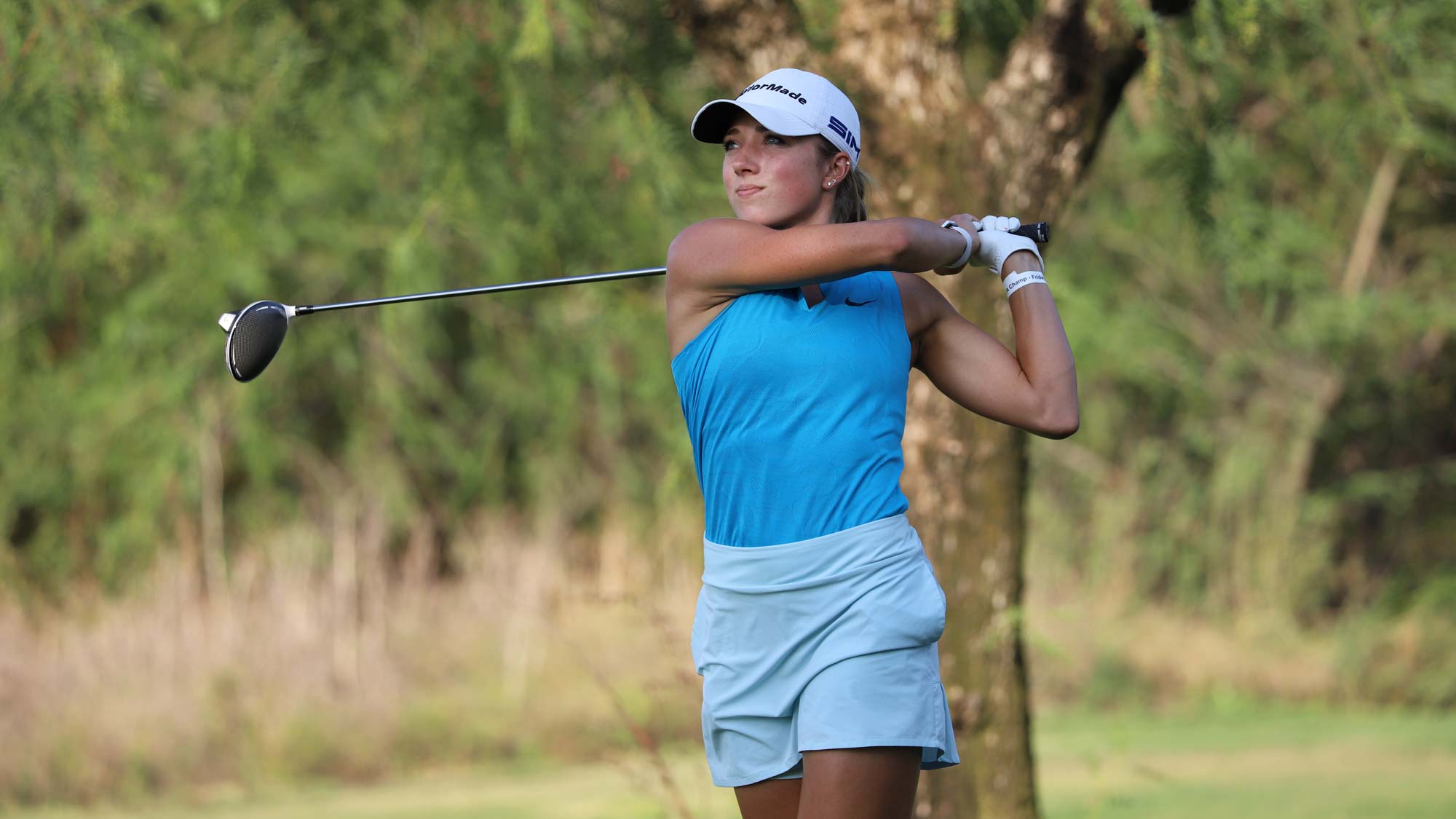 BECK AND BROOKS SIT IN A TIE FOR THIRD
Olympian and Duke University alumna Laetitia Beck (Caesarea, Israel) found her way to four straight birdies on the front nine this afternoon en route to a 5-under 67, while Sierra Brooks (Orlando, Florida) dropped in birdies on four of her first five holes to reach the same mark. Both players sit three shots back of the lead in Riverside County and are determined to prove themselves after their finishes at the Founders Tribute.

“I was a little nervous coming into today, I didn’t have the best week in Arizona and wanted to play a lot better so there were some nerves at the beginning,” said Beck. “In the morning I knew it was going to be a challenging day, but when the wind stopped after a few holes it made it much easier. It didn’t just give us confidence, but let us know we could shoot a lot lower with the greens pretty soft for birdie options.”

Meanwhile, a missed cut in Mesa, Ariz., did not sit well for Brooks, a Epson Tour rookie. If there is one thing she has learned from this season, however, it is to keep moving forward. While the wind was whistling through the mountains around Morongo Golf Club at Tukwet Canyon, Brooks broke through for her career-best score to par on the “Road to the LPGA.”

“The first hole I had a good gameplan, hit a nice wedge shot and had a little putt,” said Brooks, assessing her round. “The second hole we misjudged the club and I completely flew the green, but had a nice easy chip and actually chipped it in. After that, I was trying to birdie them all. Seeing a couple good putts go in for birdie flipped a switch for me to keep it going and see them fall the rest of the way.”

NOTABLE QUOTES
Julie Aime (-4, T5) on her bogey-free round to start the IOA Championship:
“I cannot complain. Bogey-free, 4-under, I am happy. To be honest, last year I didn’t have good memory of this course because it was really windy and I struggled. I am happy to have fought back and beat the course this year. It was just a solid game all day, I would love to have that every week. The past couple weeks have been a little off, but I could feel my game was coming along. I just needed to stay calm, it was really windy when we started. I knew I just had to be smart and be patient and that is what I did all day and it paid off.”

Maddie McCrary (-4, T5) on gaining confidence in her game and staying patient:
“It went really solid today, no bogeys was really huge. My putter really wasn’t feeling well the last few days, but I just told myself it is what is it is and let’s go roll some putts. Didn’t have three-putts, didn’t really hit too many putts close but made all those comebacks which was a really big confidence boost. This golf course is not the easiest to walk, so we really just have to stay patient.”