FERNANDEZ CANO CLAIMS FIRST EPSON TOUR WIN
Heading into the final round of the IOA Championship presented by Morongo Casino Resort & Spa, Fatima Fernandez Cano (Santiago, Spain) held a one-shot lead. That cushion was all the Troy University alumna needed, as Fernandez Cano fired a 3-under par 69 this afternoon to close out a 12-under overall performance and step into the winner’s circle for the first time in her Epson Tour career.

A four-time All-Sun Belt First Team selection for the Trojans, Fernandez Cano recorded two early birdies on Nos. 3 and 4 of Morongo Golf Club at Tukwet Canyon. She then added three birdies coming in before a two-putt par at No. 18 sealed victory for the  third-year “Road to the LPGA” professional.

“The very beginning was the toughest part just because it's easy to get ahead of myself,” said Fernandez Cano, who hit all 14 fairways today and 15 greens in regulation. “Doing my breathing exercises to just stay in the moment was huge for me. That was it, took it one step at a time. I had a bogey on No. 9 and that could have been a turnaround, but I made sure to bounce back strong and continue to do my thing of hitting fairways, greens and take my chances."

The title comes after finishes of tied for sixth at the Florida’s Natural Charity Classic in March and solo fourth at the Founders Tribute a week ago. This time around, however, Fernandez Cano takes home the trophy in her 43rd career Epson Tour start.

“I feel like in a way it has been a long time coming,” Fernandez Cano said. “I've been feeling really good about my game lately and I've been in contention many times out here between last year and this year. I finally got it done and I don't really have the words to express it. It's just a little bit overwhelming.” 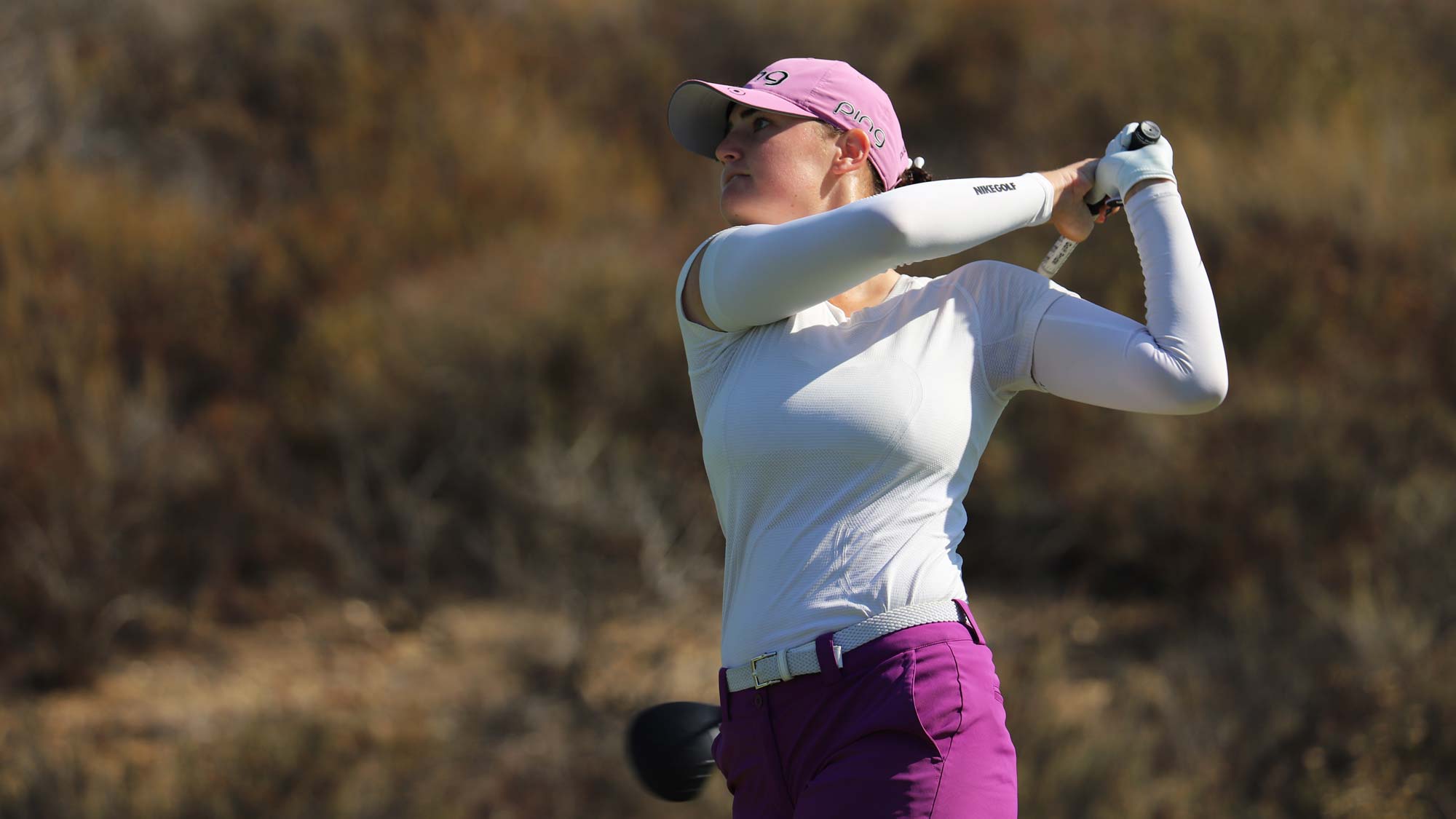 REDDING FINISHES STRONG IN BEAUMONT
The final results were not what 18-hole leader Anna Redding (Concord, North Carolina) had in mind, but the University of Virginia graduate remains optimistic. A 3-under par 69 final round in Riverside County for the Epson Tour rookie put her at 10-under overall, good for a career-best runner-up finish.

“I'm really proud of myself,” said Redding. “This was the best I've done in a tournament overall and the best I’ve done professionally. I reminded myself this morning that today was a new day, to just build on what you did yesterday even though it wasn't the score you wanted. There’s a lot of positives come out of every day, you just need to find them and so that's what I did.”

Redding now owns results of tied for 34th, tied for 42nd, tied for 22nd and runner-up to begin her pro career. As the season—and her game—progressed, the sky is the limit for Redding.

“I've got a lot more confidence now, something I'm always working on in my game and life in general,” Redding said. “When you have a finish like this, it definitely builds you up. After last week, having three rounds under par and really being consistent, I knew that I wanted to take that momentum to this week. I did not think I was going to shoot 64 the first day, but it was an incredible event.” 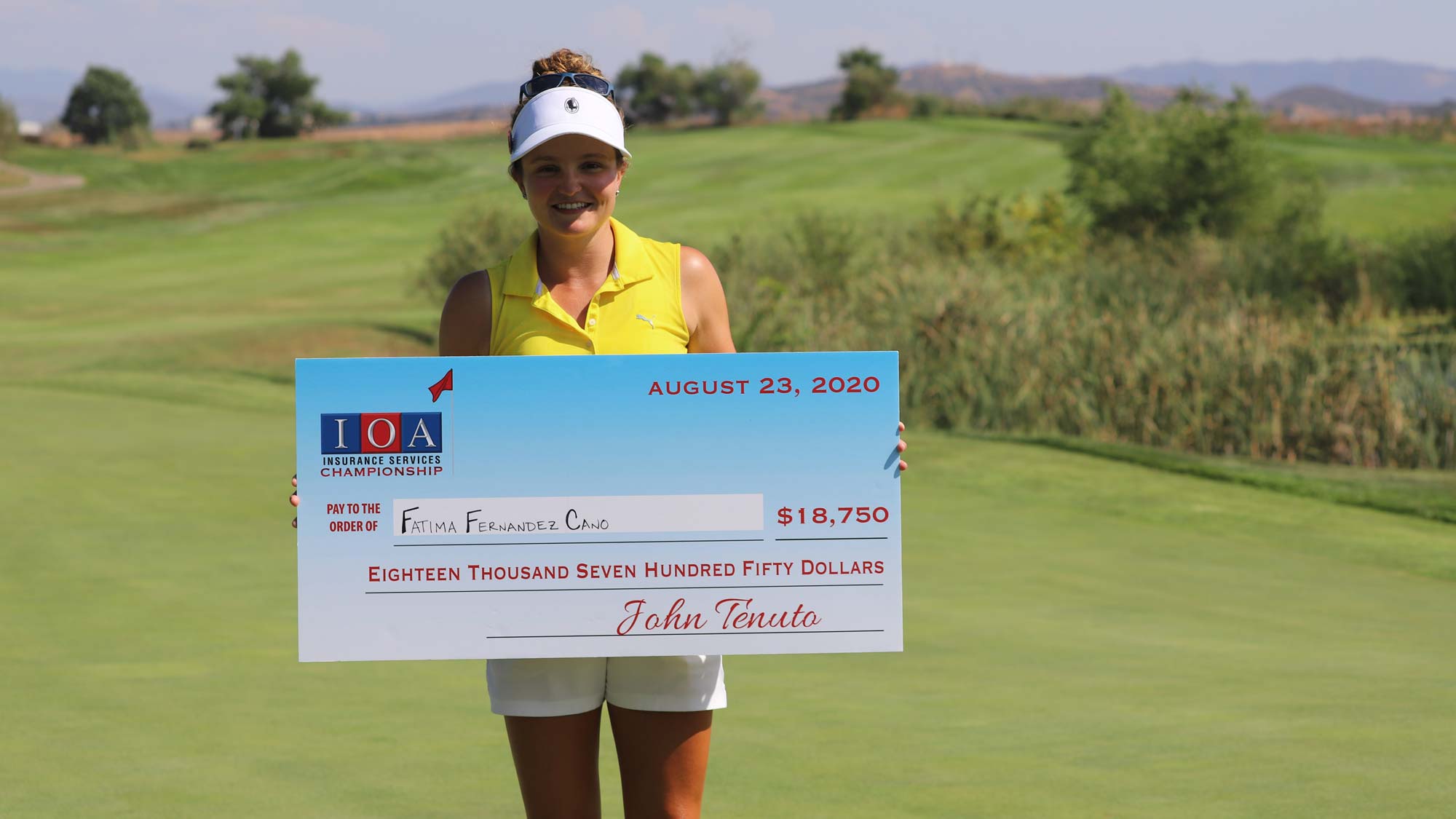 VOLVIK RACE FOR THE CARD STANDINGS AFTER WEEK FOUR
Following the fourth tournament of the 2020 Epson Tour season, the Volvik Race for the Card welcomes a fresh top-10.

The victory and $18,750 winner’s check move Fatima Fernandez Cano up four spots to No. 3, having earned $29,532 across three starts. Here is a look at the current top-10 heading into the Four Winds Invitational at Blackthorn Golf Club in South Bend, Ind. from Sept. 4-6:

NOTABLE QUOTES
Maddie McCrary  (-8, T3) on the final round and working with Sandra Haynie:
“I’m a little disappointed, but considering it has been a weird year, I have good things going in the right direction. Overall, I am pleased, but in a couple weeks I hope to come out a bit better. I could definitely feel the nerves down the stretch. I actually have been working with Sandra Haynie a bit, and she has given me some really great insight because she has been in this position before. I used it today and plan to moving forward.”

Greta Voelker (-7, T5) on her career-best finish of tied for fifth:
“I am just happy to be here. I was an alternate coming into the week, so it was just fun that I had the opportunity to play. I had a really solid three days and I’m happy finishing tied for fifth, super excited for Fatima too. It is always a lot of pressure, if you win then you get better status for the following year, so that builds up. It’s fun to be out there and play with really good players and know you are one of them.”

Epson Tour CBO Mike Nichols on Sophia Popov’s win at the AIG Women’s Open earlier today:
“So often I’m asked, ‘How good are players on the Epson Tour?’ My answer is that it’s a combination of timing and opportunity for our athletes to find their way onto the LPGA Tour. Last week, Sophia was runner-up on the Epson Tour. Today, she is a major champion on the LPGA at the AIG Women’s Open. This is exactly why sponsors and communities embrace the Epson Tour—they create opportunities for these world-class female athletes to chase and fulfill their lifelong dreams.”