During a fall day filled with strong winds and consistent gusts up to 51 mph, Epson Tour rookie Ana Belac (Portoroz, Slovenia) managed a 1-under par 71 in the second round of the Carolina Golf Classic presented by Blue Cross and Blue Shield of North Carolina. She remains the outright leader after day two at 7-under overall.

“I looked at the forecast and knew it was going to be really windy, probably raining, so I packed all my stuff and just tried to keep my composure the entire time,” said Belac, who recorded three birdies this afternoon and is out front by two strokes. “These elements can quickly change your mindset but my goal today was to hit as many fairways as I could, followed by greens and really focus on every shot.”

Competing at Pinehurst No. 9 this week, Belac is roughly 90 miles from her alma mater, Duke University. With the close proximity to her Blue Devils family, Belac has a few familiar faces out to support including  her college coach, Dan Brooks.

“Coming from college, I was used to having him and my team around. It was so nice to see him walking out there today especially in these conditions,” said Belac, a 2020 WGCA First Team All-American. “He is a great coach and even better support system; a very important figure in my life.” 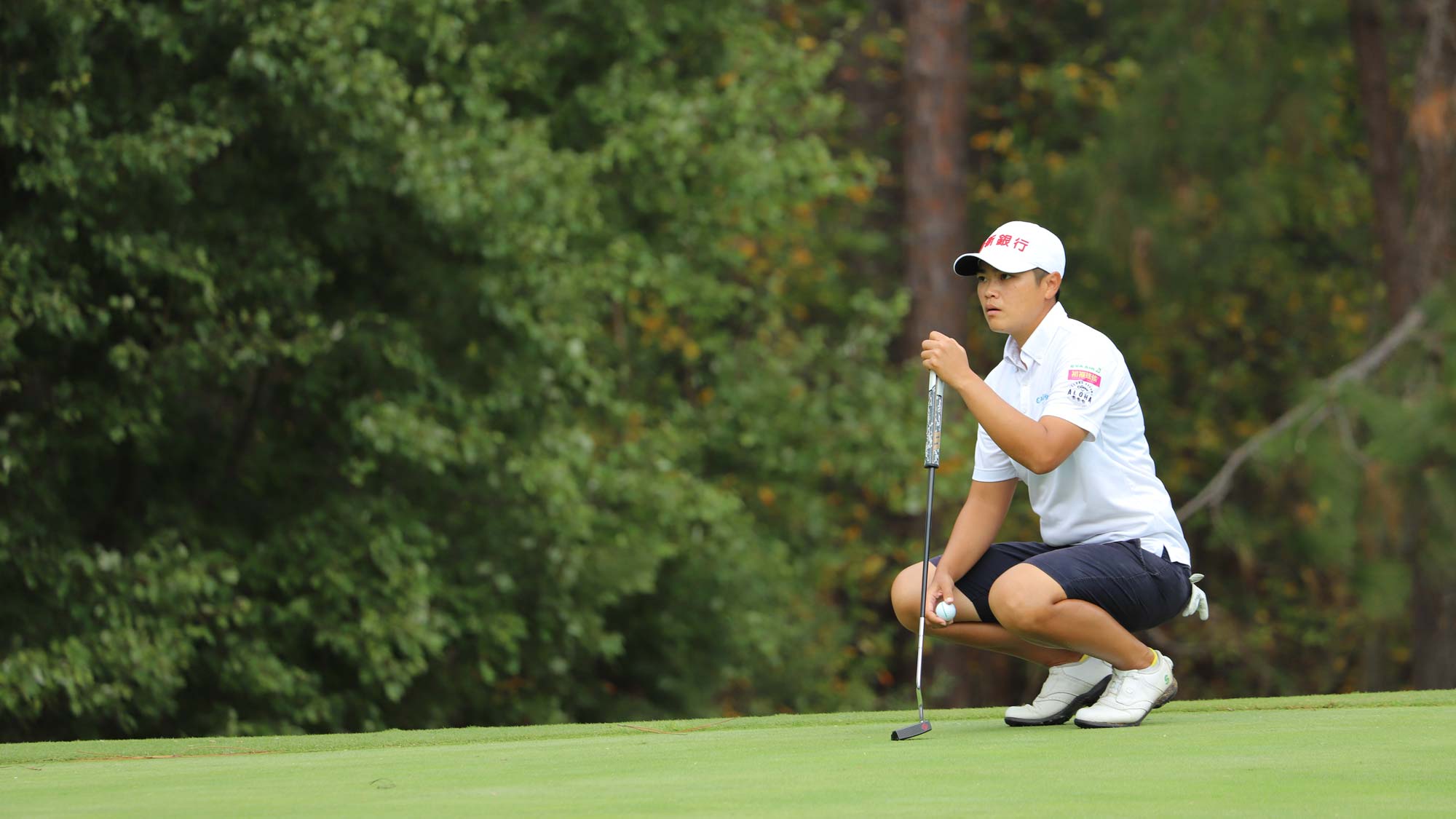 CHIEN JUMPS INTO SECOND AFTER LOW SCORE OF SECOND ROUND
Peiyun Chien (Pingtung, Chinese Taipei) carded the best score in the second round of 4-under par 68 to move into solo second at 5-under overall. Battling tough conditions, Chien credits past experience that helped her perform.

“I played in the [AIG] Women’s Open this year and the wind was probably double what it was today, so I learned to trust myself, commit to every shot and don’t think too much or negatively,” said Chien, who found her way to five birdies today. “Everyone out there is going to have tough shots, so I tried my best to not get down on myself if I got any bogeys.”

Chien claimed her second career Epson Tour title earlier this season at the Epson Classic, but said that each week she is trying to improve and find new ways to put her best foot forward. This week, that means having Peter Scully, MD, as her caddie. As a member for two years at Pinehurst Resort, Scully’s knowledge in reading the greens is something Chien relishes.

“I change my caddie a lot. It is tough in the U.S. because the language is different. Sometimes the caddie always wants to help, but I know my game best,” Chien said. “This week, my caddie is a member here and is helping with my putting, he reads the lines very well. Ernie Huang helped us get in contact and he helps a lot of players who come over to the States, gives a lot of good advice.” 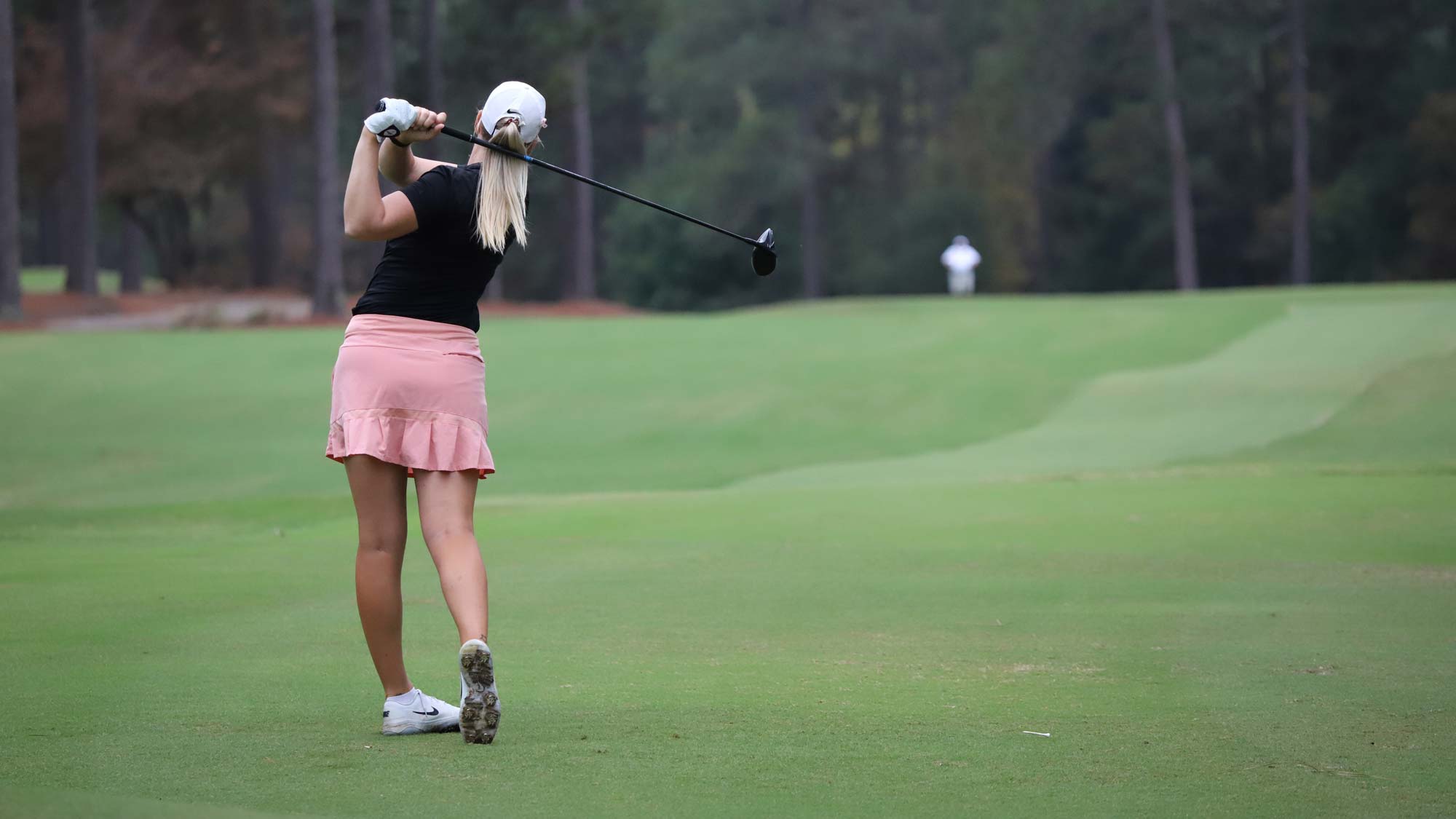 CASTREN WORKING TO KEEP MOMENTUM UP ON THE ROAD
One of eight winners so far in 2020 on the “Road to the LPGA,” Matilda Castren (Helsinki, Finland) is working to maintain positive momentum. Between starts on the Epson and LPGA Tours, this is the fifth straight week on the road for the Florida State University alumna. After three birdies and one bogey on Pinehurst No. 9 to finish 2-under par on Thursday, Castren was one of just six players in the field to finish the round with a score under par.

“I am just taking each tournament shot by shot and day by day. I am trying to rest as much as I can, but I have been going for five weeks now and I am feeling a little bit tired,” said Castren. “I’m focusing on getting a lot of sleep, eating good and not spending the whole day at the golf course.”

Last year in Pinehurst, N.C. for LPGA Q-Series presented by Blue Cross and Blue Shield of North Carolina, Castren finished tied for 25th to first earn LPGA Tour membership for the 2020 season. The result also allows her to compete in Epson Tour events when she may not get into a LPGA tournament field.

“I love it here. I got my [LPGA] card here last year so I definitely have good memories and I really like the course,” Castren said. “Today was definitely a challenge to play in the wind, but it's been fun so far.”

NOTABLE QUOTES
Linnea Johansson (-2, T3) on how to approach tough weather conditions:
“It was for sure a battle out there with the wind and a little rain. They were tough conditions, but we all fought through. You just have to smile through it and do the best you can. When the conditions are like this, sticking to the plan and everything you have put into that point will make the difference and that is what helped me out there today.”

Emilia Migliaccio (-1, T5) on seeing her game against the professionals:
“I was hitting the ball great and I was inside 20 feet a handful of times but only made one birdie, so I know I am right there. I had the opportunity to compete at the LPGA’s ANA Inspiration tournament and I made the cut, but my ball striking wasn’t there. It has been really cool to see that part of my game come together the last two days.”

Haylee Harford (-1, T5) on the weather for the second round at Pinehurst No. 9:
“A lot of us were worried if we were even going to play today when we looked at the forecast. Thankfully, it didn’t rain too much and the weather was warm, so I just tried to navigate the wind and make the best club choices I could.”

Karen Chung (-1, T5) on taking this week one day at a time:
“I was really just going for pars out there and hitting as many greens as possible. Yesterday the weather was perfect and today was wild, but it’s still the same race out there. We have four days, so you just have to keep it steady and stay patient.”