Rennell Joins De Roey on Top After Round Two

POTTSTOWN, Pa. — The ninth stop on the 2019 “Road to the LPGA” takes the Epson Tour to Raven’s Claw Golf Club in the Keystone State for the second annual Valley Forge Invitational from May 31-June 2.

Defending champion Louise Ridderström (Stocksund, Sweden) is not among the competitors. She won the inaugural edition of the tournament in 2018 thanks to a competitive course record 8-under par 63 in the final round. Furthermore, Ridderström finished tied for 36th at the inaugural LPGA Q-Series to earn Priority List Category 14 status for the 2019 LPGA Tour season.

Action gets underway at 7:00 a.m. ET with play starting off No. 1 tee all three days. Meanwhile, a trophy presentation on No. 18 green is set to take place following the completion of the final round. 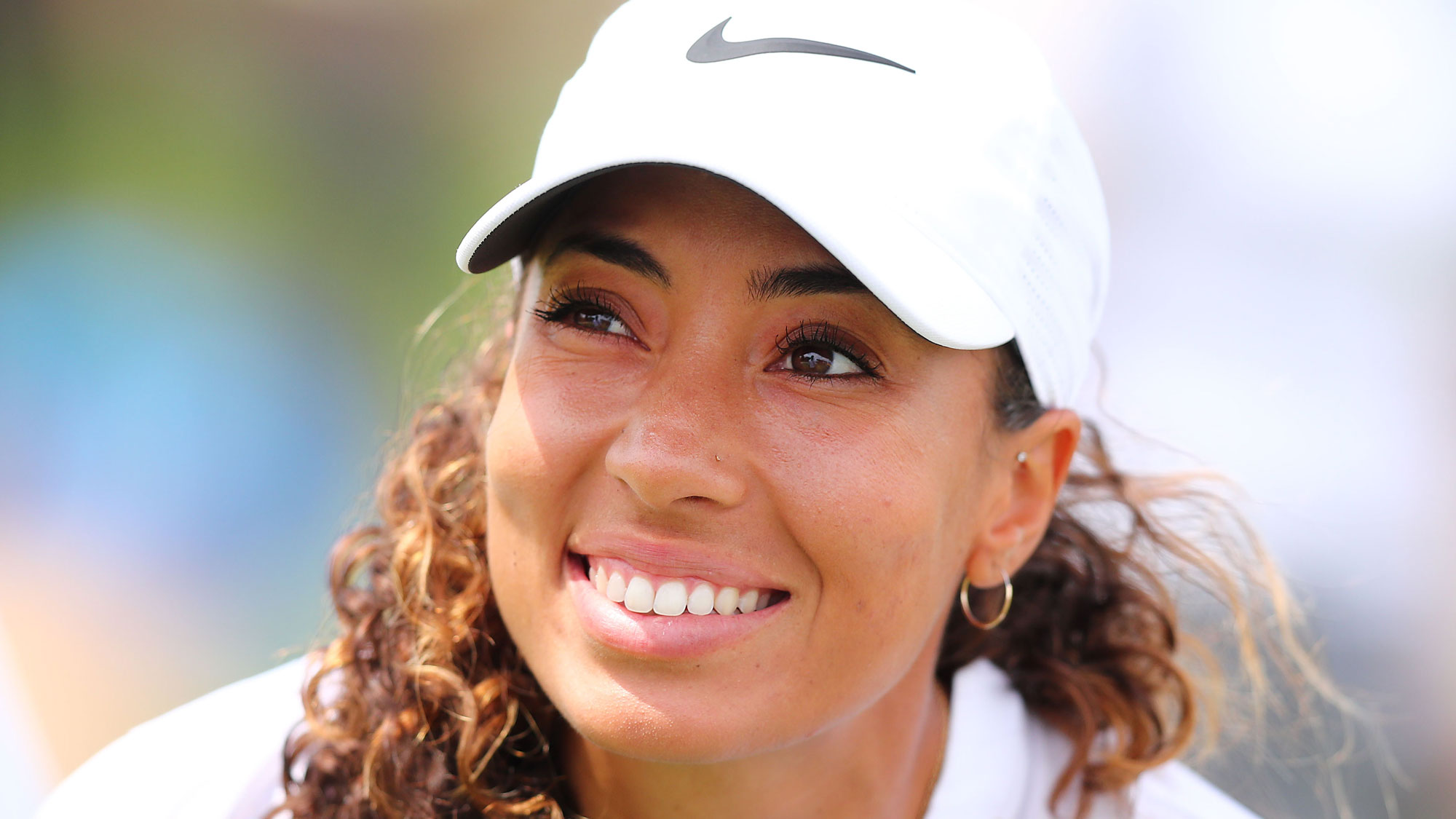 WOODS TO MAKE FIRST EPSON TOUR START SINCE 2014
When competition begins on Friday, it will mark the first start for Cheyenne Woods (Phoenix, Arizona) on the “Road to the LPGA” since the 2014 Epson Tour Championship, where she collected one of her four top-15s that year.

“I watch the Epson [Tour] leaderboard almost every week because I have a lot of friends that play out here,” said Woods. “It is really deep and very competitive. You are seeing girls here from the States, but also internationally playing really great golf. The Tour has grown quite a bit and strengthened, which is cool to see. Especially this year when I am bouncing back and forth, it’s nice to know I can come here and still have great competition to play against. The courses are awesome too, they look so good.”

Woods finished tied for 51st last November at the inaugural LPGA Q-Series to gain conditional status on the LPGA Tour. In February, she was part of the fields for the ISPS Handa Vic Open and ISPS Handa Women’s Australian Open, then competed in her first domestic event on the big stage last week at the Pure Silk Championship presented by Visit Williamsburg.

In addition, Woods has made two starts on the Ladies European Tour and attempted to Monday qualify at four LPGA events. On two occasions, she missed securing a spot by one stroke. The Wake Forest University alumna is now preparing to continue her path back to the LPGA by playing the Valley Forge Invitational.

“At the end of the day, I just want to play golf and no matter where I play, I want to play the best I can,” said Woods. “If I can have the opportunity to play, eventually I’ll get back to where I know I can be. That is the mindset every day I work on my game. No matter where I tee it up, I’m going to give it my all.”

COUNTRIES (AND STATES) OF THE VALLEY FORGE INVITATIONAL

A total of 26 countries are represented this week at the Valley Forge Invitational, led by the United States with 74 players and followed by Canada having the next highest of eight competitors.

“Golf is doing great in Denmark, but it is difficult for the clubs to get juniors to start playing,” said Malene Krolboll Hansen (Hedeland Golfklub, Denmark), the lone Denmark representative who has made the cut in all five starts so far in her rookie campaign. “Other sports are shown so often on television, but golf is not. I only started because my parents were playing, so it was a family thing to do on weekends when I was not practicing handball or swimming. That’s why it is so important for me to be representing Denmark every week. I feel like I can be a part of growing the game for future Danes and be a positive influence on the next generation of golfers.”

Individuals from 23 different states are also set to tee it up at Raven’s Claw Golf Club. Only four players hail from the host state, while California boasts the most with 22.

“Playing in the ShopRite LPGA Classic last year in New Jersey was something I’ll always remember, as my family and friends were able to come watch,” said Brittany Benvenuto (Langhorne, Pennsylvania), who has played the weekend in all eight starts this season. “I’m really excited to do that again this week and be close to home. There’s not too many professional golfers on Tour from the Philadelphia area, so I definitely take pride in representing the area.”


ROOKIES APLENTY IN THE KEYSTONE STATE

Numerous professionals in their first year on the Epson Tour have made the trek to Montgomery County, as more than 30 rookies are in the field and eager for the ninth event of the Epson Tour season.

Among them is Mia Landegren (Stockholm, Sweden), who missed the cut in her first five career starts before playing the weekend in each of the last two events. That stretch includes a season-best tied for 17th result at the Zimmer Biomet Championship hosted by Nancy Lopez.

“My rookie year has been a great experience to say the least,” Landegren said. “I didn’t compete in the IOA Invitational and instead went home to work with my dad, who happens to be my swing coach. It really helped set a foundation moving forward, especially for these last few events. This is a process and you have to be patient because results can take time. I want to keep getting better every day.”


VOLVIK RACE FOR THE CARD UPDATE

The Epson Tour annually awards LPGA Tour membership to the top players on the Volvik Race for the Card money list at the end of the season and will usher in the next graduating class after 24 events on the 2019 calendar.

With eight tournaments in the books, the top-10 underwent some shifting following the Zimmer Biomet Championship hosted by Nancy Lopez. Four of the 10 members from the group are in Pottstown and that includes current No. 5 Perrine Delacour (Paris, France), who captured her second straight top-five finish last week in Alabama.

“I’m really happy about finding my way into the top-10, but will keep at what I’m doing right now on the course and enjoy every moment no matter what,” said Delacour. “Back in 2013 when I finished in the top-10 as a Epson Tour graduate, I learned a lot that will help as the season continues. From top to bottom, the Tour has got more competitive since then, but I know that my game belongs in the mix. ”

From 1999-2002, the official qualifying tour of the LPGA handed out three cards. Then from 2003-2007, that number increased to five before 10 were distributed starting in 2008. Since the inaugural year, a total of 147 players have graduated to the big stage.
Comments
Tournaments
Top Stories