MONSTER MOVING DAY VAULTS SANZ BARRIO
An 8-under par 62 in the third round of the Sioux Falls GreatLIFE Challenge launched Marta Sanz Barrio (Madrid, Spain) into sole possession of first place with 18 holes to play at Willow Run Golf Course. She used nine birdies to get to 11-under overall, two shots clear of two players tied for second.

“I was really pissed at how I ended yesterday, so I figured to turn things around I would shoot as low as I could and tried not to think about score, just get through Nos. 16 and 17,” Sanz Barrio said laughingly. “It was amazing and I’m very happy.”

The 2018 FireKeepers Casino Hotel Championship winner had sister Patricia on the bag this afternoon and will again tomorrow. It is reminiscent of her victory last year, only now Sanz Barrio is the one being hunted.

“She knows me better than anyone else,” said Sanz Barrio. “I’m really comfortable, we are able to chat and it is just good. I hope the result is like Battle Creek. It is completely different as I came from behind and tomorrow I am up there, a little different setup. If you want to be good at this, you need to learn how to be in this position." 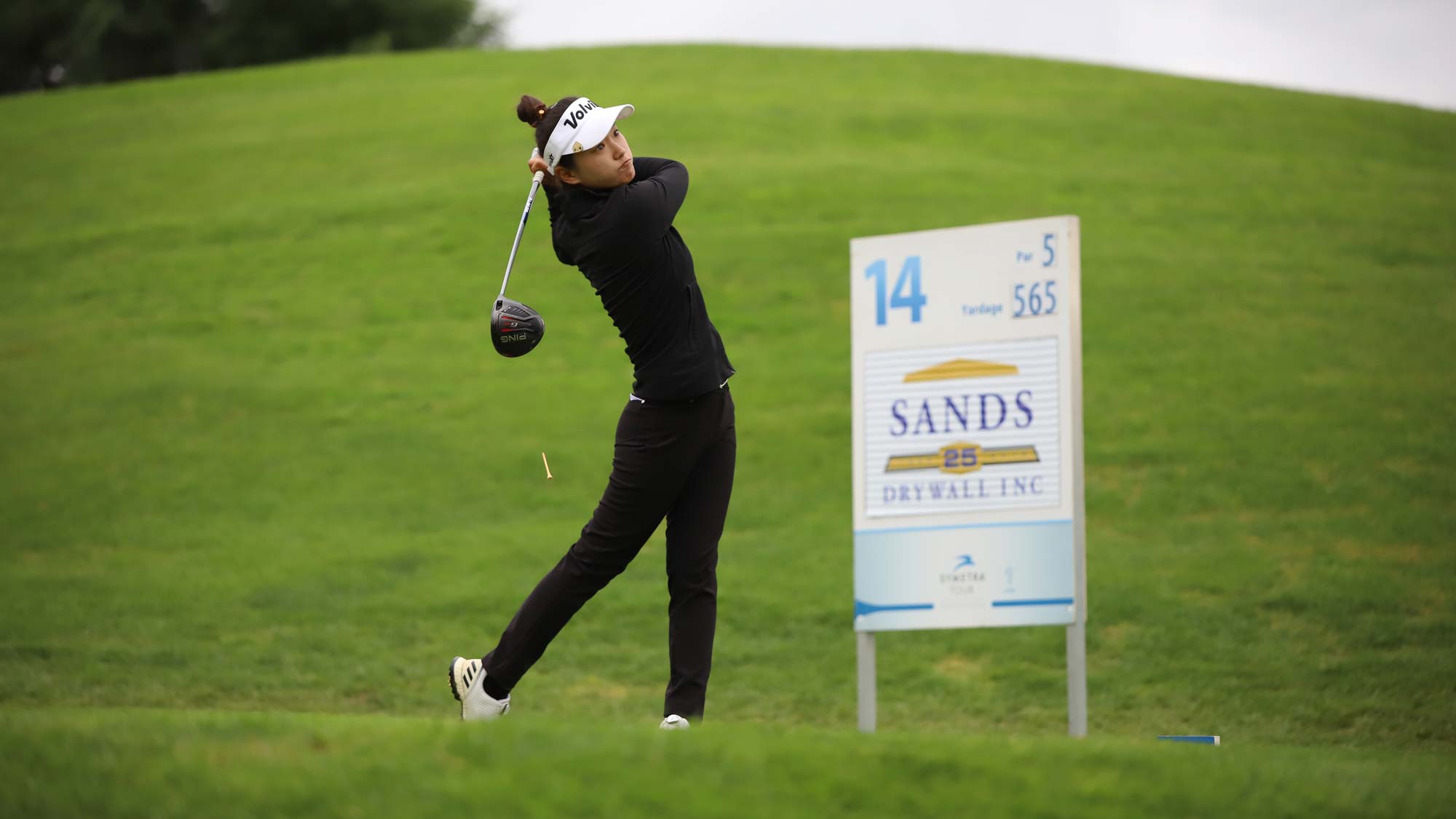 “It gives me more confidence into the final round, but overall my shots were pretty good and I made a couple putts coming in,” said Son, who is 9-under overall. “Each finish has been a learning experience, but I won’t try to get it all in my head. I will play my game as it is and see what happens. The course is great and if the wind blows, can be totally different.” 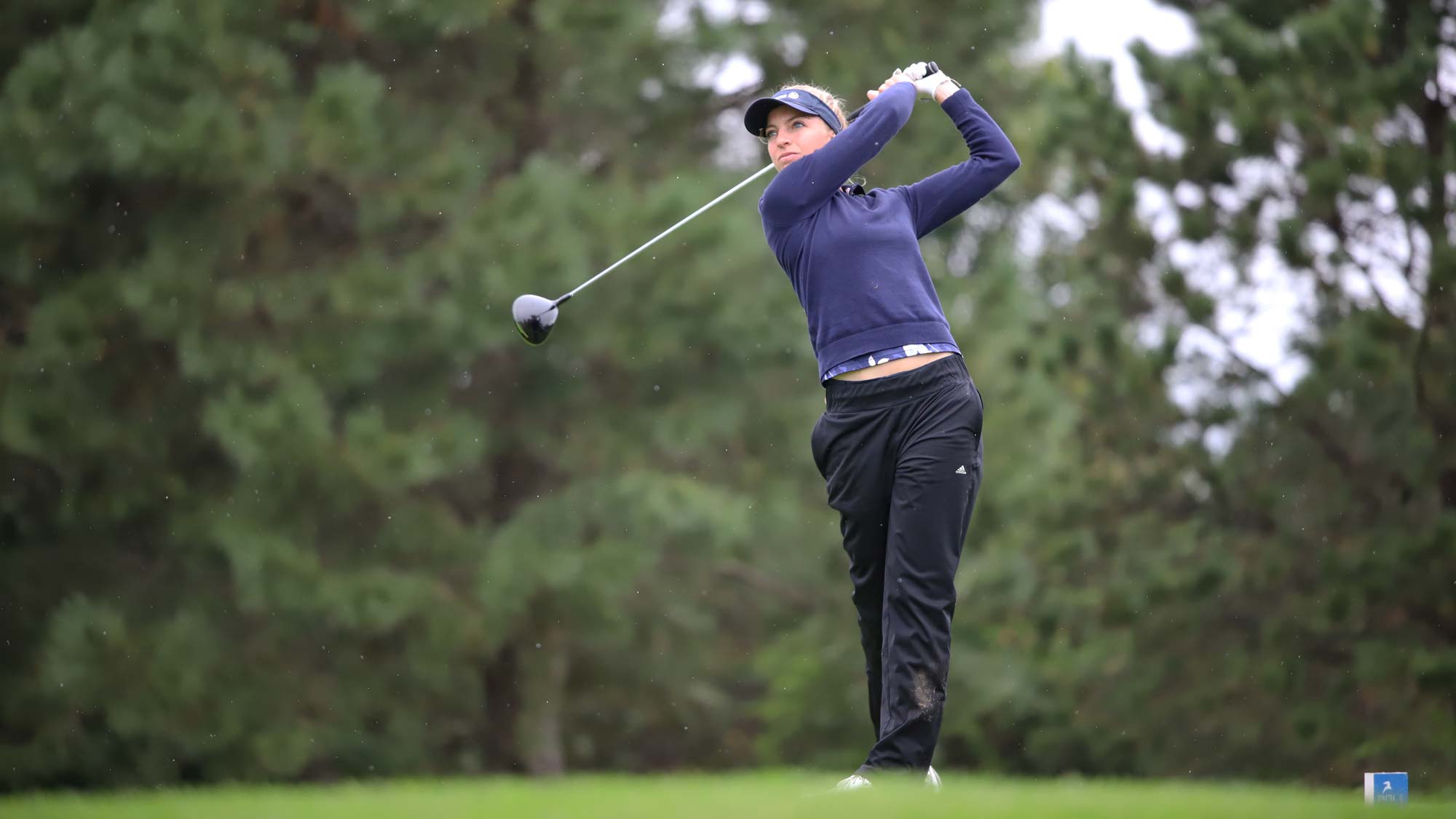 POPOV LOOKING FOR BIRDIES TO FINISH WHAT SHE STARTED
Since opening her time in Sioux Falls with a 65 and as the 18-hole co-leader, Sophia Popov (Heidelberg, Germany) has turned in back-to-back rounds of 2-under par 68 featuring five combined birdies. Today’s mark was reached in bogey-free fashion, but she hopes to find a lower number for the final round.

“I actually like it, would rather be a couple shots behind than leading,” said Popov, who will head off No. 1 tee tomorrow with Sanz Barrio and Son at 9:31 a.m. CT. “I think mentally that’s a little more freeing. I feel that I do need to have a hot start tomorrow, make a couple putts. I was very solid today, but didn’t make any birdies on the back nine. I made all putts for par, just not for birdie so hopefully change that.”

NOTABLE QUOTES
Janie Jackson (-8, 4th) on chasing the lead:
“Coming from behind is fun, little less pressure and more drive to make some birdies. I’m excited for tomorrow. The course is soft, which is good. I switched golf balls a few weeks ago to one [TaylorMade TP5x] that doesn’t spin, just hits and stops which has made a huge difference. Especially a round like today, the greens are really receptive and I think the course will play good tomorrow.”

Julieta Granada (-7, T5) on a bogey-free, 6-under par 64 third round:
“It was a solid round. Yesterday I played very well and only made one birdie, no bogeys. Today they started to drop early and hit some good shots out there. My swing has been feeling a lot better as the week has gone on. I’m rolling my putts well, with two great par saves to keep the round going. It played a little more scorable, could be aggressive. It did rain on the whole front nine, which took adjustment.”

Emily Penttila (-7, T5) on her success at Willow Run Golf Course after a T14 finish last year:
“Part of it is working throughout the season that once I get to this point, the stuff I’ve been working on is really coming together. It may be more of a coincidence that it happens at this event, but I do like the course. It is a lot of wedges, which is something I really work to try and build my strengths within hitting wedges close. That has helped me create some opportunities here.”