TAVATANAKIT COLLECTS THIRD WIN OF SEASON
It took 73 holes, but a birdie in the first extra frame of a sudden-death playoff by Patty Tavatanakit (Bangkok, Thailand) sealed victory at the fifth annual Sioux Falls GreatLIFE Challenge this afternoon for her third win of the season.

The UCLA alumna found the bottom of the cup for birdie on No. 18 during regulation at Willow Run Golf Course to cap a final round 8-under par 62 and take the clubhouse lead of 13-under overall. Tavatanakit then watched as Yujeong Son (Busan, Republic of Korea) drained her own birdie out of the final pairing, three groups later. From there, they went back to No. 18 tee and the rest is history.

“Definitely very surreal, I didn’t expect to get this win,” said Tavatanakit, who entered the day six shots back of the lead. “I just hoped to play well and climb the leaderboard for a bigger check to move up the money list. I wanted to be the first player out here to win three times this year, so I accomplished my goal and hard work really pays off.”

As for Tavatanakit’s third time in the winner’s circle, the Battlefield Promotion to the LPGA Tour is no longer in play. The change was part of the overall restructuring with the installment of Q-Series in 2018. Although a three-time champion on the “Road to the LPGA” did previously get a position on the LPGA’s priority list for the remainder of the LPGA season, she did not receive official LPGA Tour membership.

Regardless, Tavatanakit plans to compete in each of the final four events on the Epson Tour calendar and fully prepare for what looks like her rookie season on the LPGA in 2020. For now, three wins in eight events even had Tavatanakit somewhat shocked about the body of work since her debut in June at the Island Resort Championship.

“It’s hard to get a picture of what I’ve been able to accomplish,” Tavatanakit said. “I set my goals and have lived in the moment really well for the past three months since turning pro. I just focus on what I need to do to be a better player. All I want is to improve every time I step on the course. It’s pretty unreal for how far I have come and what the future holds too." 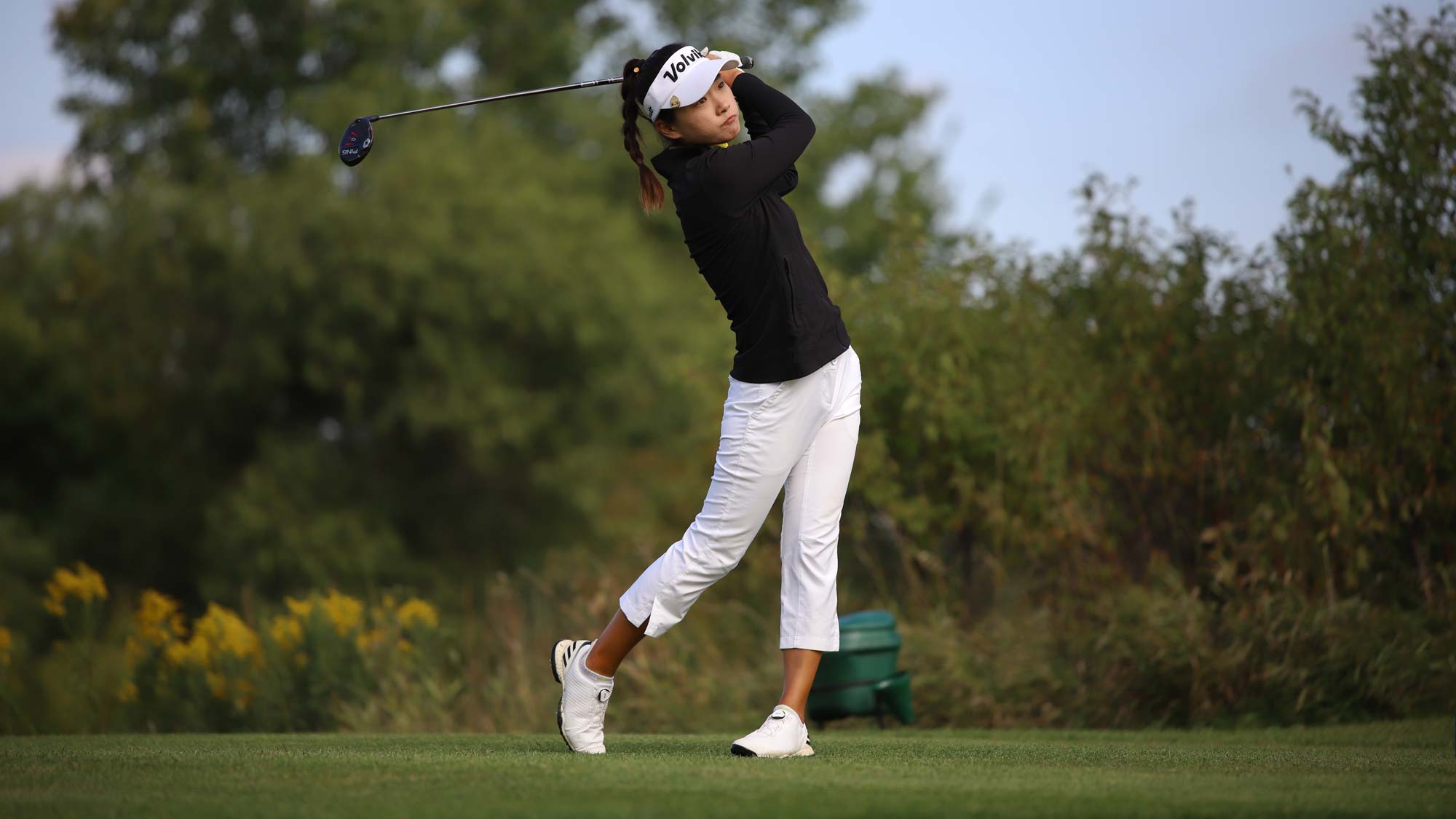 SON FALLS IN PLAYOFF, SECURES CAREER-BEST RESULT
Even though the finish in the Mount Rushmore State was not exactly what Yujeong Son was hoping for, the runner-up result serves as a career-best in her rookie season. It also launched the 18-year-old up 12 spots in the Volvik Race for the Card to No. 15.

Competing out of the final grouping, Son carded a bogey-free, 4-under par 66 to end at 13-under overall and force a sudden-death playoff with Tavatanakit. Over her last seven starts, Son owns five top-10s.

“I didn’t really expect to make my putt on No. 18 the first try, so I felt lucky,” said Son. “Unfortunately, the luck didn’t come in the playoff. Patty played great and I did my best out there, which is the best I can do. It gives me great confidence going into the last four tournaments, hard to believe we only have that many left. I’m excited to see what happens and keep working on the course.” 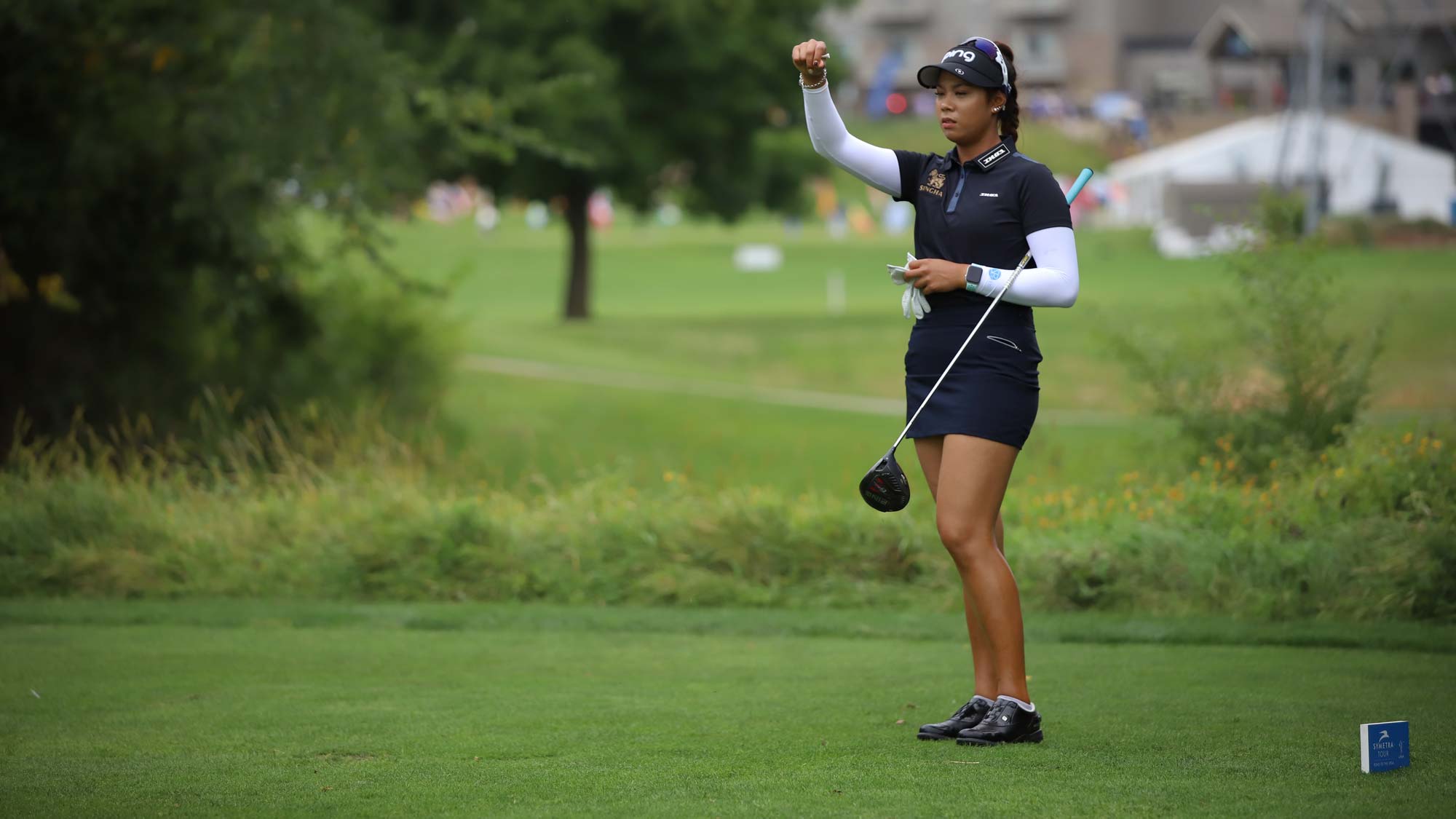 VOLVIK RACE FOR THE CARD STANDINGS AFTER WEEK NINETEEN
Following the 19th tournament of the 2019 Epson Tour season, the Volvik Race for the Card welcomes a fresh top-10.

The victory and $33,750 winner’s check move Tavatanakit up three spots to No. 2 with $110,487 earned through eight total starts this season. Here is a look at the current top-10 heading into the sixth annual Garden City Charity Classic at Buffalo Dunes Golf Course in Garden City, Kan. from September 6-8:

NOTABLE QUOTES
Janie Jackson (-9, T3) on her overall performance:
“I’m excited, was a good week. Every round was a good, solid, steady day. My best finish of the year so far and not too much to complain about. It’s a good feeling to have a really great week going into the end of the season when it matters most. I’m excited to use this result as a boost to my game.”

Esther Lee (-9, T3) on how she finished after being an 18-hole co-leader:
“I had good momentum going then couldn’t putt the second and third rounds, my chipping and putting held me up. Today I came into the round wanting to hit greens, thinking the putts would fall. They did and it really didn’t hurt one bit to have no bogeys. Enjoyed my time in Sioux Falls for sure.”

Marta Sanz Barrio (-9, T3) on a final round 2-over par 72 after holding the 54-hole lead:
“I don’t know what to tell you. I tried my best, got a little shaky after bogey on No. 6. Three-putted No. 17, which broke my heart and was too stupid to focus on 18, lost a lot of money. When I got bogey on No. 14, I started getting emotional and nervous, but not bad. I was still trying to play my best and was in it until second putt on 17. I hope I can put myself in this position again and learn from the experience.”