DELACOUR SHOOTS UP LEADERBOARD ON MOVING DAY
A monster bogey-free second round from Perrine Delacour (Paris, France) this afternoon of 8-under par 64 launched her into the Prasco Charity Championship 36-hole lead at 10-under overall.

“I was definitely on fire today,” said Delacour, who has six consecutive top-10 finishes. “Wanted to make birdie on the last hole to get 50 percent birdies and 50 percent pars because I didn’t make any bogeys. It was good, putting way better than last week and just kept that going.”

Moving day at TPC River’s Bend in Maineville, Ohio very much resembled Delacour’s performance in round two of the Four Winds Invitational exactly three weeks ago. She carded a bogey-free, 7-under par 65 at Blackthorn Golf Club to secure the lead and eventually the first win of her professional career.

“I’m just going to enjoy the moment, don’t put too much pressure on myself and see if it is good enough to get the trophy again,” Delacour said. “Patty played good in the U.S. [Women’s] Open and definitely has strength. I’m going to try my best, basically waiting on 18 more holes to get a week off.” 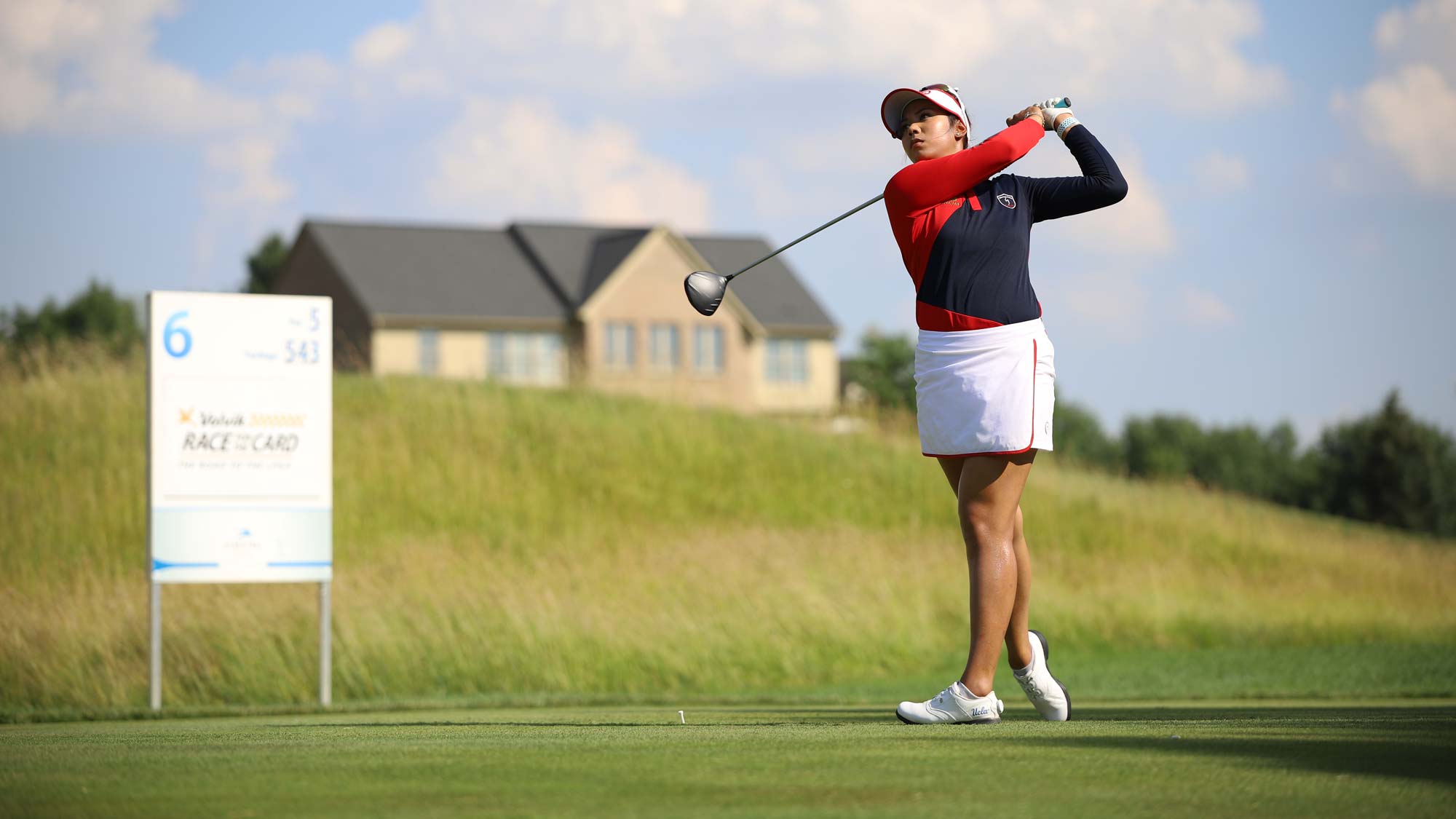 “I wasn’t hitting it well, and even par was a pretty decent score for what I was feeling off the tee,” said Tavatanakit, who recorded two bogeys and two birdies. “I was hitting slices, but managed to leave it in the fairway just not at a good angle to attack pins. I’ll take it."

The two-time Women’s Golf Coaches Association (WGCA) First Team All-American for UCLA only trails Delacour by two shots entering the final round. At 8-under par overall, she will compete in the first final pairing of her professional career at 12:50 p.m. ET tomorrow off No. 1 tee.

“It’s going to be pretty exciting because I’m just glad to be in contention at my second event on the Epson Tour,” Tavatanakit said. “I know anything can happen out there, like today I had a slow start and dropped one putt in then was rolling it nice. Don’t want to think too much about the outcome since anyone can shoot low out here and is capable of winning.” 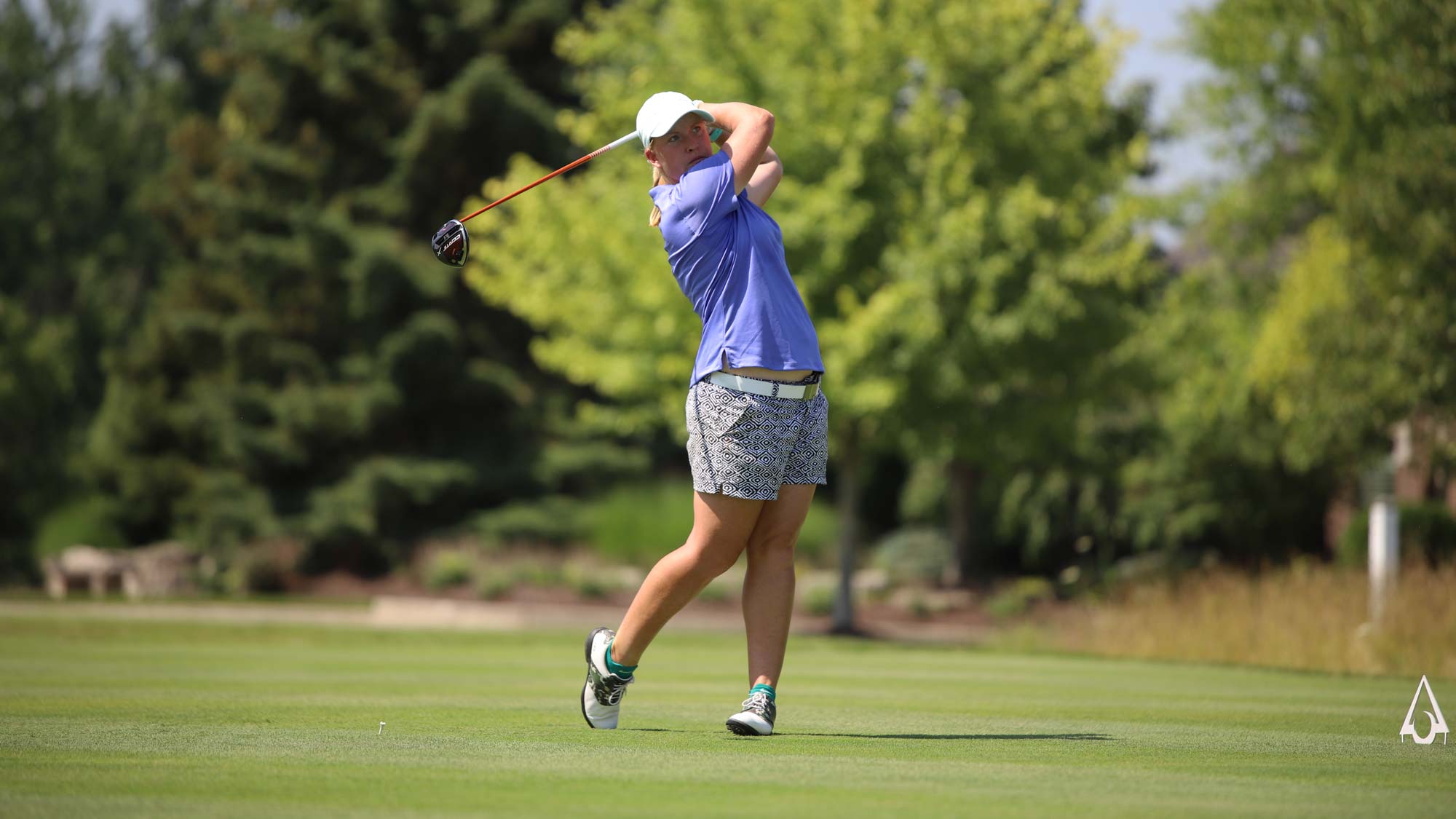 ADAMS FINDING CONSISTENCY AFTER ROUGH STRETCH
Leading the way in the penultimate pairing for the final round is Lori Beth Adams (Burlington, North Carolina) after turning in a 4-under par 68 on day two.

Coming off a third missed cut in seven starts this season, the University of North Carolina Wilmington alumna recently tweaked one aspect of her putting that is paying dividends. She’ll look to continue the process tomorrow with the potential for a third straight round under par.

“It has been a long couple weeks, haven’t been playing good,” said Adams, who is 7-under par overall with 18 holes to play. “I knew it was coming soon and had three straight birdies on the back nine to get in a rhythm. It’s great to finally start playing the way I’m capable. I’m putting well, my uncle helped with my technique. Just trusting more and letting it roll.”

NOTABLE QUOTES
Michelle Piyapattra (-6, T4) on the turnaround in her game as of late:
“I took the week of South Bend off. I think that helped because I was missing cuts and in a funk before that. I like this course and did well here last year. My putter is starting to work, which is funny because I’ve used three different putters in the last three weeks. I have one for slow greens, one for fast greens and just a third option if I can’t make anything.”

Fatima Fernandez Cano (-6, T4) on the success she has found at TPC River’s Bend:
“I love this course, the area and the people, just something about it. They treat us so well and people out here are very supportive, I love that. Last year, I shot literally the same score in the first two rounds of 70-68. That’s pretty funny. There is just something about this golf course and it fits my game.”

Min Seo Kwak (-5, 6th) on staying in the hunt after shooting even par in the second round:
“Another hot day out there so I just wanted to maintain my position, definitely not go back. It is always a good thing to be right near the top of the leaderboard entering the final round. I will give my best effort tomorrow and pray that a lot of birdie putts drop so I can make a run at possibly winning.”