“It’s momentum for my game, but it was just a good day,” said Tavatanakit, who carded an eagle, seven birdies and one bogey this afternoon. “I made the least mistakes and it’s not going to be like this every day, but when it comes you just have to take it. I’m pleased with how I played. At the same time there is still a lot to work on and I can see how I need to improve my game for the next level.”

Even though she put up a low number to open her second career Epson Tour event, Tavatanakit is still not satisfied.

“I’m a perfectionist and at the same time trying to see good in every round, learn from the mistakes and try to be a better player,” Tavatanakit said. “I didn’t hit particularly fantastic on the range this morning, but it was just a warmup. My [ball] marker says ‘free’ so I can remember to play like that. I’m not trying to go low because I know I have the capability of doing so. I was really calm and just trying to work on consistently staying in the present, while not thinking about the outcome.” 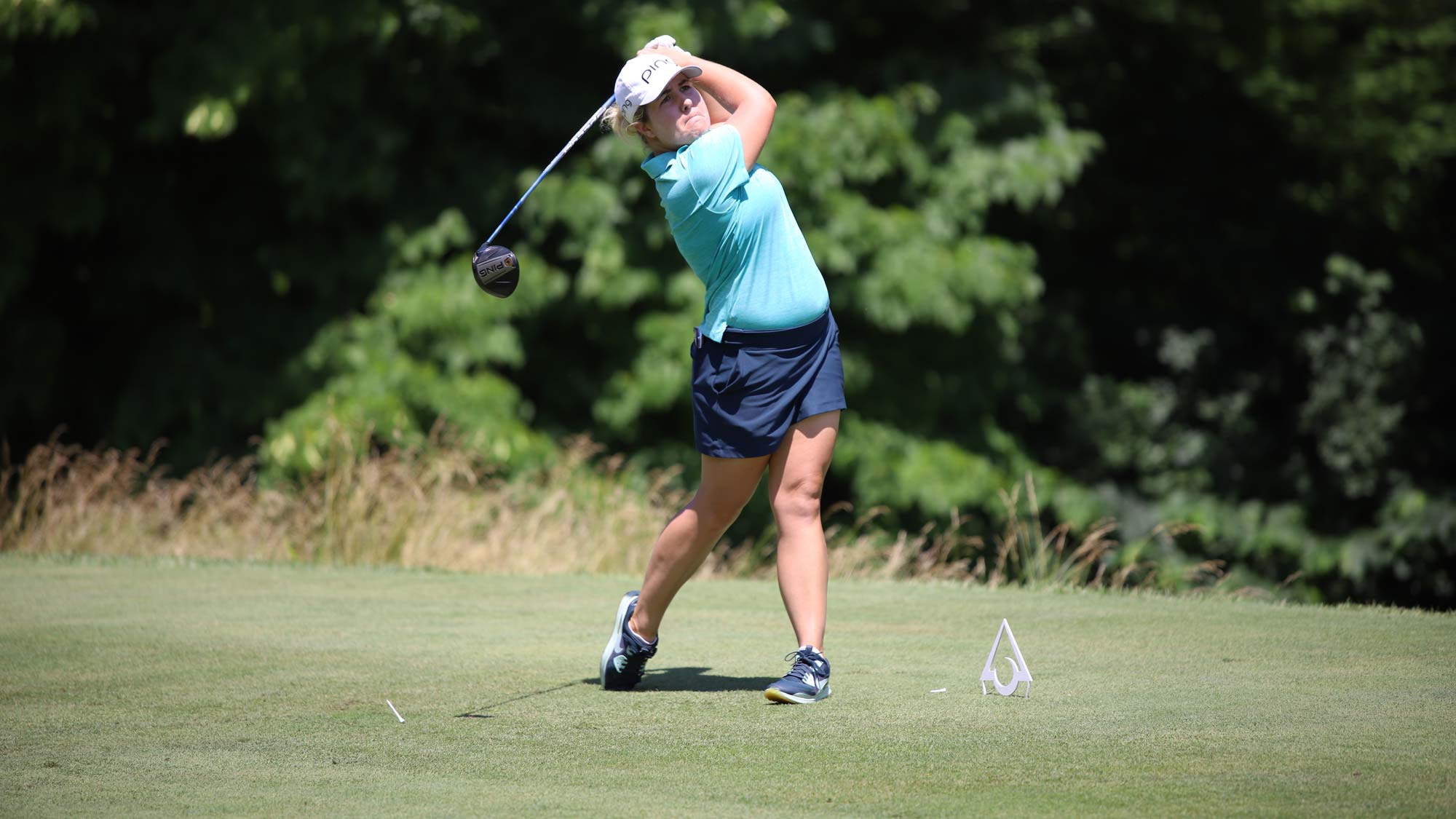 DALTON MANAGES 68 DESPITE TWO-STROKE PENALTY
Stepping onto the tee box of No. 15, Kendra Dalton (Poughquag, New York) was 3-under par for the day with four holes to play. However, her opening round was about to take a turn for the worse.

“She received a two-stroke penalty for violating our pace of play policy,” said Mitch Moon, the Manager of Rules and Competition for the Epson Tour. “You get 30 seconds per shot and first player receives an additional 10. She was cumulatively plus-24 [seconds] on No. 15, and anything over 10 is a two-stroke penalty. That was enough to put the rule in effect and assess the penalty.”

Despite the infraction, Dalton managed to finish at 4-under par and head into the weekend tied for third with Erin Harper (Dublin, Ohio), four shots back of the lead.

“I still don’t think it’s fair, right, or logical, but you just have to let it fuel you,” said Dalton. “The fact is I played really, really well and felt good out there. Just steady and seemed to not miss a shot, which doesn’t always happen. It’s whatever, I’ll get over it and keep playing tomorrow. That’s all you can do and it’s not the end of the world. The course has dried out a lot and provides a good, fair test.” 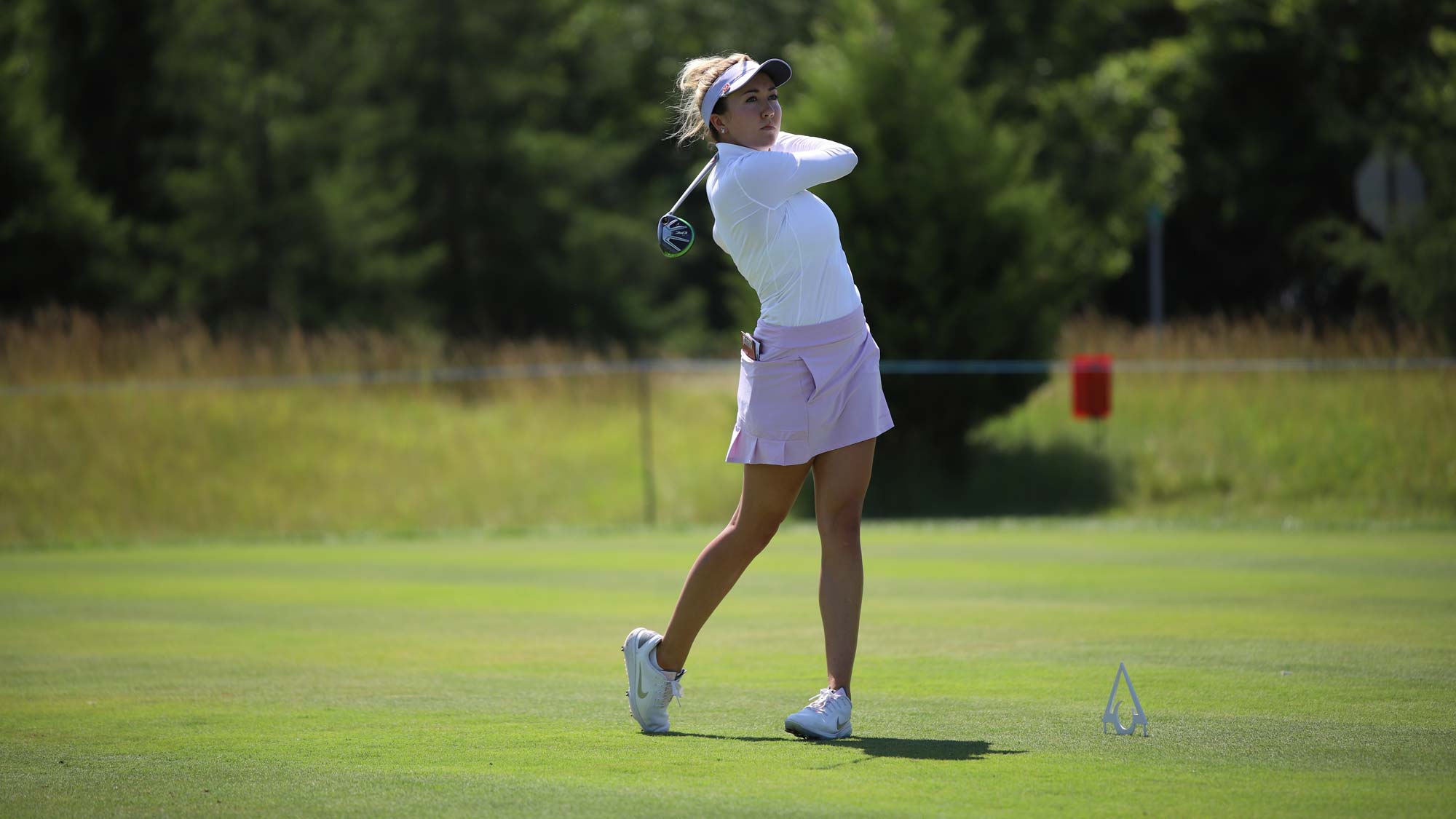 VOLVIK RACE FOR THE CARD NO. 1 HOLLIS WITHDRAWS AFTER 14 HOLES
The current No. 1 in the Volvik Race for the Card, Jillian Hollis (Rocky River, Ohio) was forced to withdraw from the Prasco Charity Championship after 14 holes due to soreness in her left knee.

“I just slept on it funny last night, nothing serious,” Hollis said. “A lot of golf and a little bit of overuse. Things like this happen and I played fine today, just hard to give it your all when having pain walking. It doesn’t hurt when I swing at all, the walk got to me.”

It was on No. 15 tee that Hollis decided she did not want to risk any damage. The University of Georgia alumna sat at even par with four birdies, two bogeys and a double bogey on the scorecard. Having made the start in seven events over the eight-week stretch, Hollis will now have 10 days to rest before the third annual Donald Ross Classic in French Lick, Ind. from July 11-13.

“It’s hard when you practice a lot, up there fighting for the lead and trying to win a tournament,” said Hollis, a two-time Epson Tour champion in 2019. “That takes a lot out of you and to keep on your feet all the time, it’ll be good to get off them for a little bit. Didn’t hurt at all this week, just felt like when you sleep on your neck funny. I’ve played with that before, but didn’t want to take a chance.”

NOTABLE QUOTES
Min Seo Kwak (-5, 2nd) on an opening round 5-under par 67:
“I think that’s a good number to start, the course was different than practice days. I didn’t know what to do the first few holes, then figured it out and hit my driver far. Also, some good second shots and good putts. The course was wet during the practice rounds and has firmed up since. I like it this way better.”

Rachel Rohanna (-3, T5) on having former Ohio State coach Therese Hession caddy this week:
“It’s great, just like old times. You’re getting along and then kind of disputing some things. She was reading a lot of greens for me. I’ve had trouble with that the last couple weeks and she does the aim point. It definitely showed, was making some putts today. Other than that, she let me do my thing. It was a lot of fun. Always good to be in Buckeyes country with the best fans in the land.”

Liv Cheng (-3, T5) on her decision to call the Prasco Charity Championship her last Epson Tour event:
“I have no idea what to think, but I’ve already made the decision to stop. I think this is my last event, regardless of how I play. It’s been a long time coming, just really struggling on the mental side. A solid finish doesn’t change anything and that’s why I should stop. It doesn’t even feel good to shoot 3-under.” 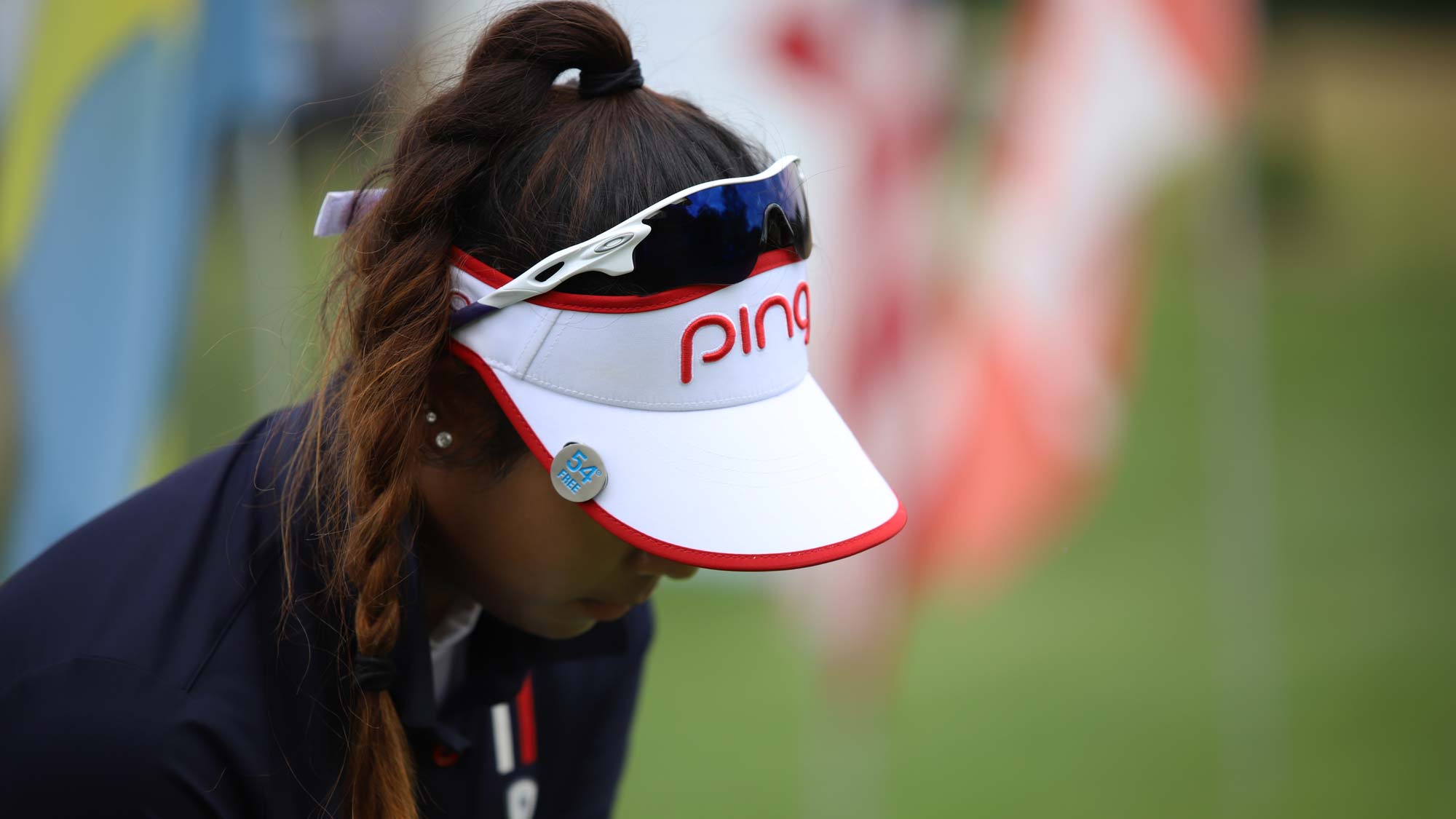