PERRINE FOR THE WIN (TIMES TWO)
When the calendar flipped to June 1 this year, Perrine Delacour (Paris, France) was still searching for that elusive first professional win. Now the final day of the month, she is a two-time champion after a five-stroke victory in the second annual Prasco Charity Championship at TPC River’s Bend.

“It feels awesome, I played really good the entire month and glad to get the second win,” said Delacour, who fired a 5-under par 67 in the final round to finish at 15-under overall. “It’s kind of the same feeling, but a little nicer to give me that confidence to finish the rest of the season. I’m going to try and get a third one because really I’m starting to get used to the moment.”

“Actually, I still can’t believe it,” Delacour said. “Seven top-10s and five top-five. I played really good golf and am looking forward to enjoying a week off. I’ve been playing for eight weeks in a row. I’ll enjoy then keep going in French Lick.” 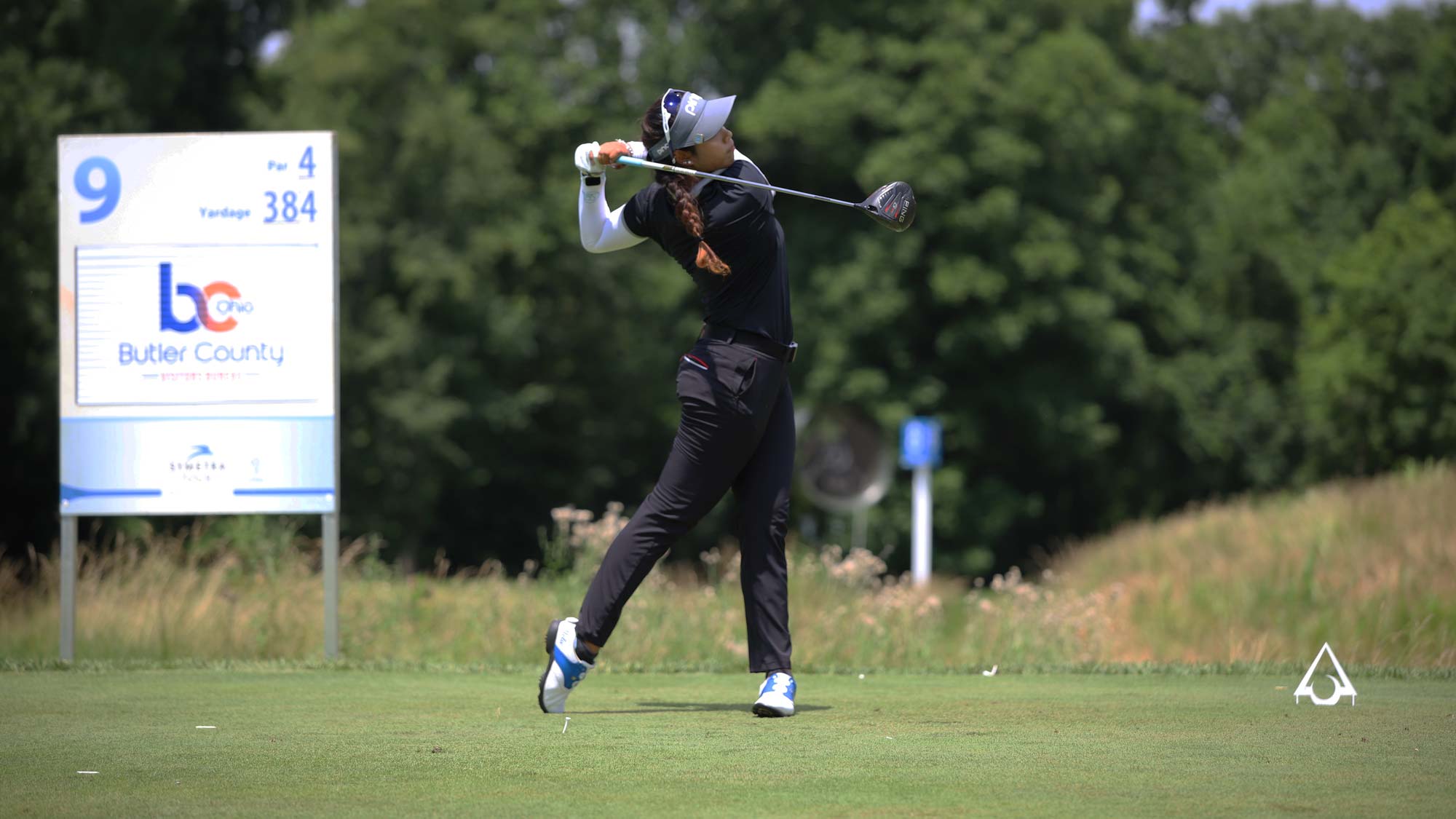 TAVATANAKIT WITH TOP FINISH, OFF TO GREEN BAY
Coming in seven shots behind Delacour on the leaderboard was Patty Tavatanakit (Bangkok, Thailand) with an even par 72 in the final round to secure a solo second finish, the best result of her young professional career.

“I think my mental game was pretty good today and I feel good about my game with where it’s at,” said Tavatanakit, who ended tied for 14th in her Epson Tour debut at the Island Resort Championship. “I would say my up and downs were solid, it was a pretty good round out here. I managed to not shoot over par and I’m pretty proud of that.”

Instead of taking the week off to rest, she heads to Oneida, Wis. for the Thornberry Creek LPGA Classic. It’ll mark Tavatanakit’s second career start on the LPGA Tour after making her professional debut at the U.S. Women’s Open earlier this month.

“I have to be excited, but was actually kind of looking forward to my week off,” Tavatanakit said. “I guess it is a good opportunity to play and gain experience on the big Tour. Hopefully I can learn again next week and shape my game for upcoming events on the Epson Tour." 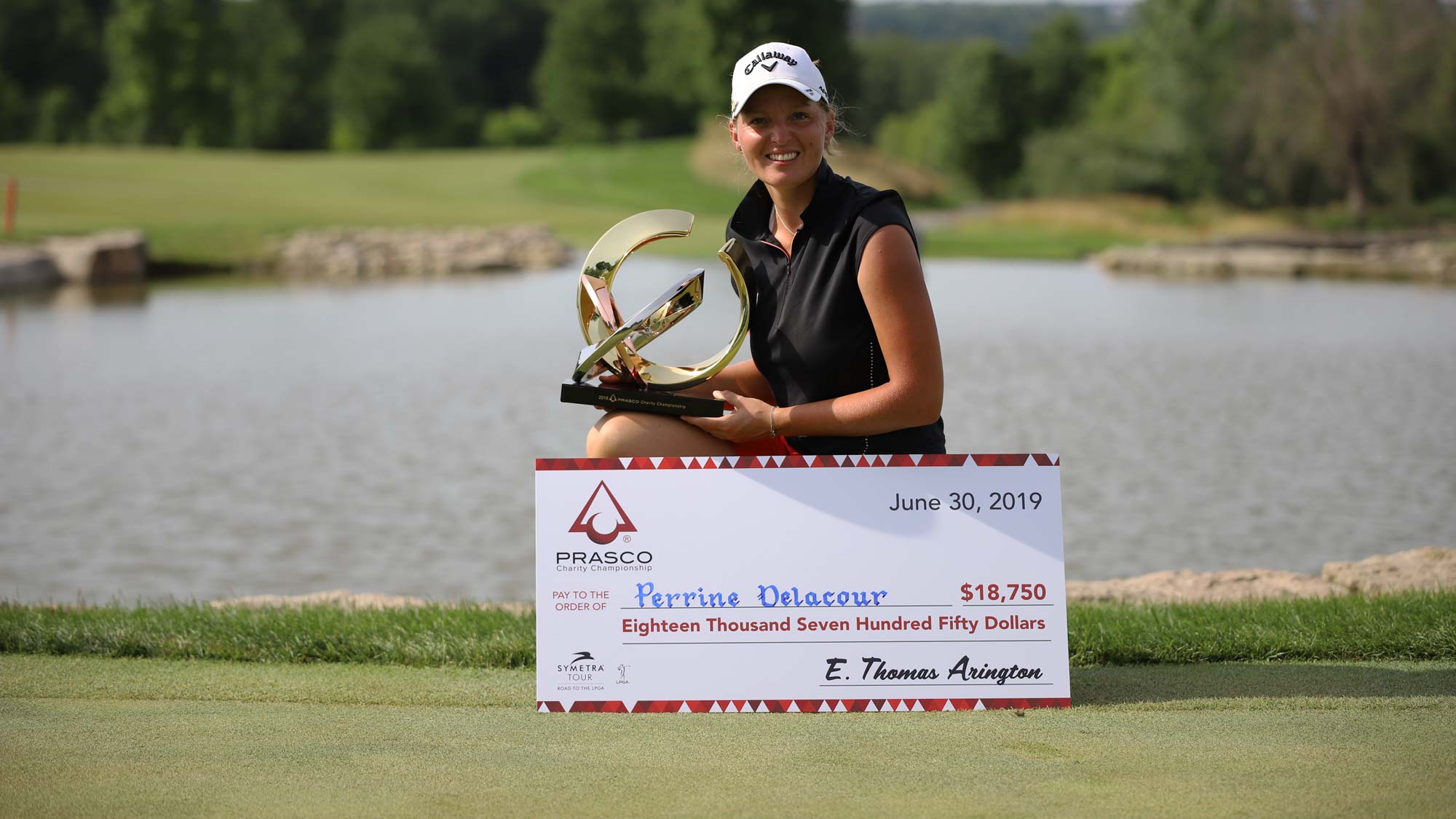 VOLVIK RACE FOR THE CARD STANDINGS AFTER WEEK THIRTEEN
Following the 13th tournament of the 2019 Epson Tour season, the Volvik Race for the Card welcomes a fresh top-10.

The victory and $18,750 winner’s check move Delacour up one spot to No. 1, having earned $96,878 across 12 starts this season. Here is a look at the current top-10 heading into the third annual Donald Ross Classic at the Donald Ross Course of French Lick Resort in French Lick, Ind. from July 11-13:

NOTABLE QUOTES
Esther Lee (-5, T3) on shooting a final round 4-under par 68:
“Today was one of those days where everything felt good. Long game and short game were definitely the best I’ve felt in a long time. The only thing I struggled with was putting, left a lot out there. I’m happy to be ending on a strong note before a much-needed off week. It gave me an idea of what I need to work on in my time away and come back even better.”

Jenny Coleman (-5, T3) on earning three top-five results over the eight-week stretch:
“I’m pretty happy, overall the game has been solid. Hitting the ball good, up and downs, birdies with the putters. Some days you have more luck than others, but overall been steady. Always nice to play well and be on a hot streak. Will continue it into the next event.”

Lori Beth Adams (-5, T3) on the momentum she can take from this event into the rest of the year:
“This course is similar to my home course [Indian Valley in Burlington, North Carolina]. Although I’m not really happy about the finish I had today, tied for third I’ll take any day. I’m going to go back and forth between the LPGA and here, we’ll see where this takes me.”