COUGHLIN HOPING TO DEFEND PHC CLASSIC CROWN
It was one of only two Epson Tour starts for Lauren Coughlin (Charlottesville, Virginia) in 2018, but the PHC Classic was undeniably memorable as the University of Virginia alumna captured her maiden win as a professional.

Although she held LPGA Tour membership last year, Coughlin returned to compete in the event which served as the official United States qualifier for The Evian Championship. She not only qualified for the major, but fired a 54-hole tournament scoring record 16-under par in the process. Now, the two-time All-ACC selection and 2016 ACC Player of the Year for the Cavaliers is back to defend her title.

“I am extremely excited to be back playing in Milwaukee this week at Brown Deer Park,” said Coughlin, who heads off No. 10 tee tomorrow at 1:15 p.m. CT. “I’m looking forward to playing a great golf course and will enjoy every minute of being the defending champion. I really like the venue, especially the greens. This week will be a good opportunity for me to move up in the Volvik Race for the Card as well.” 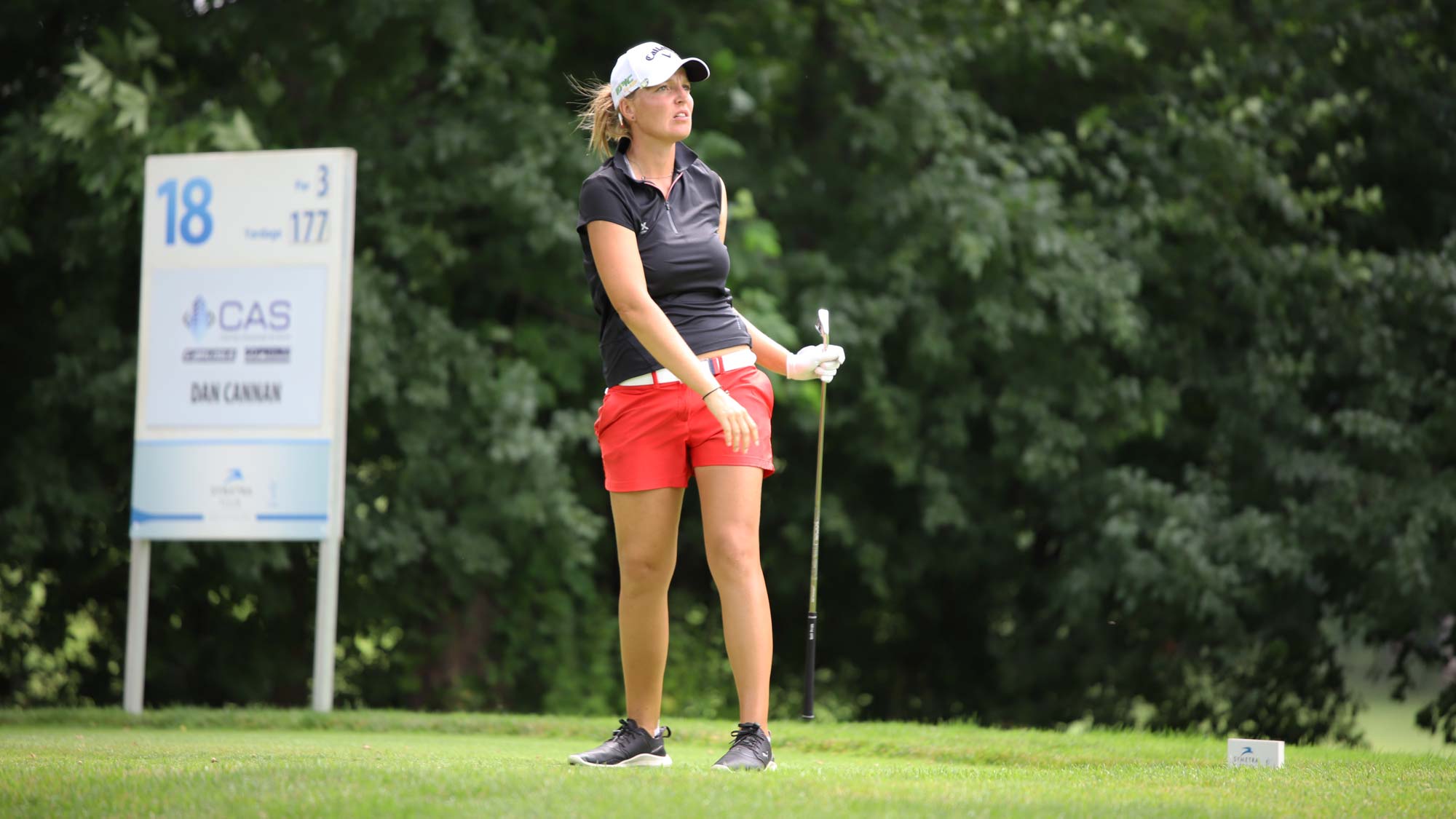 In its sixth consecutive year of competition, the Potawatomi Cup series rolls on with the fifth annual PHC Classic from August 9-11 at Brown Deer Park Golf Course in Glendale, Wis., the third of four Epson Tour events sponsored by Potawatomi nation tribes.

Perrine Delacour (Paris, France) currently leads the way with 572.5 points after winning the Four Winds Invitational and going tied for eighth in the Island Resort Championship. Meanwhile, Daniela Iacobelli (Melbourne, Florida) and Jillian Hollis (Rocky River, Ohio) check in at 500 and 408.75 points to round out the top-three.

“I’m just happy to lead the Potawatomi Cup, but there is still two tournaments left,” said Delacour, who is also No. 1 in the Volvik Race for the Card. “I will continue what I have been doing all season and then hopefully the results show in the end. It is nice the Potawatomi nation tribes have this series for us and provide a fun, incentivized challenge to all.”

As well as the normal purse payout for each event, points and a total of $40,000 in bonus money is available to players based on performance including $6,000 to the winner of the Potawatomi Cup. First through fifth place in each of the four tournaments receive an added incentive on top of their share. The winner will take home an additional $3,000 and second place collects $2,500. Furthermore, third place earns $1,500, with amounts from there for the final two spots decreasing in increments of $500. 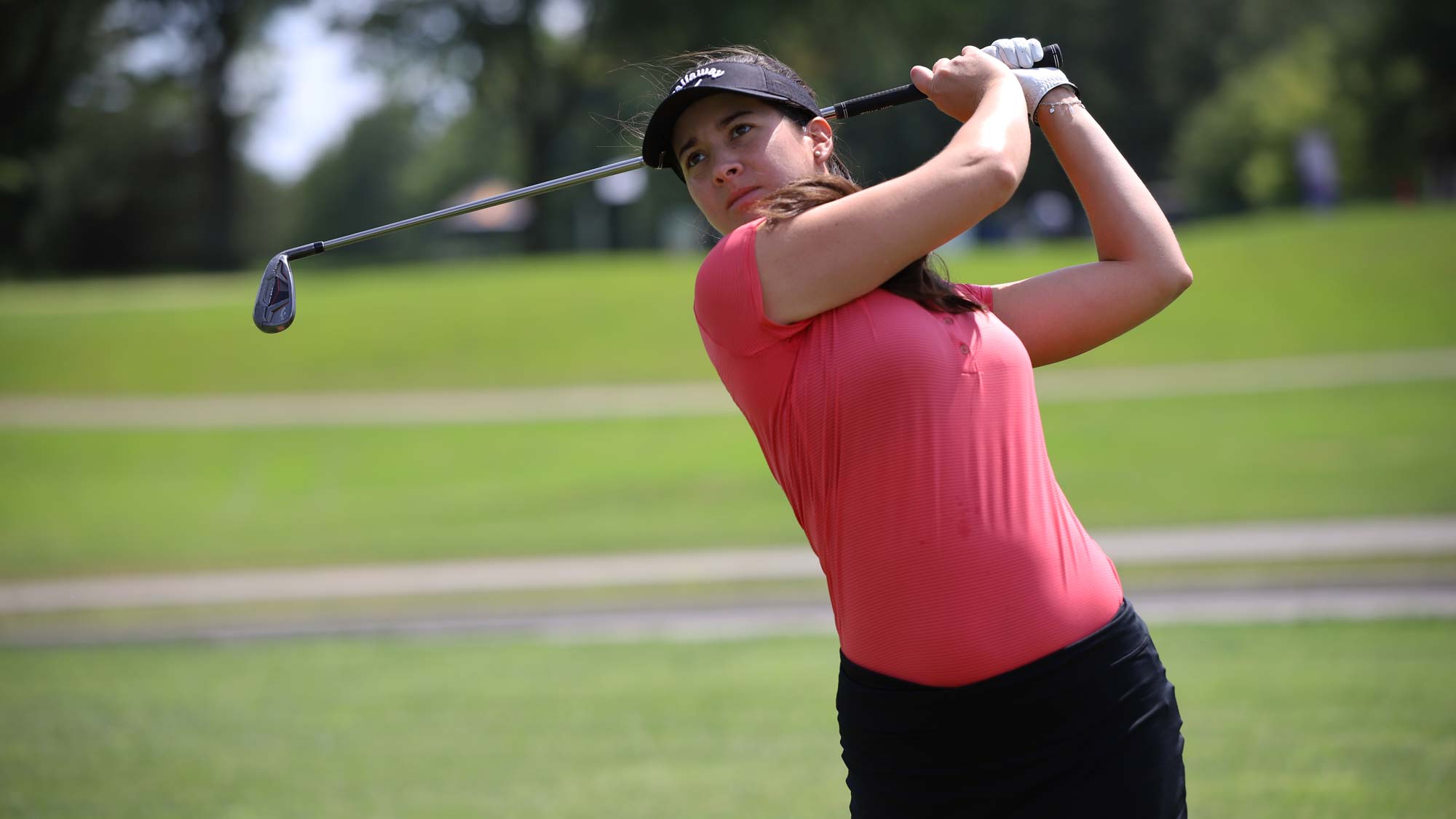 This season marks the first in a partnership between the Epson Tour and newly formed Women’s All Pro Tour (WAPT) where the top-two competitors in five tournament series earn exemption into select Epson Tour events.

Alazne Urizar Zapata (San Tome, Venezuela) finished the Series V Race to the PHC Classic at No. 1 thanks to her victory at the Kathy Whitworth Paris Championship and a tied for ninth showing in the Texarkana Children’s Charities Open. Meanwhile, Elaine Wood (Spanish Fort, Alabama) ended at No. 2, but did not make the trek to Milwaukee County for the 17th Epson Tour stop.

“I am playing this week thanks to a great relationship between the WAPT and Epson Tour,” said Urizar Zapata, a two-time WAPT champion this season in four starts. “I am blessed to be here and would like to thank the WAPT for making a tour where we can develop our competitive game, but also give us all an opportunity to play at the next level. I’m hoping to bring consistency in my game and put together three solid rounds of golf at the PHC Classic.”
Comments
Tournaments
Tuscaloosa Toyota Classic Tuscaloosa, AL
Epson Tour Championship Daytona Beach, Florida
Top Stories