RUNAS (FROM THE RAFTERS) SNAGS 18-HOLE LEAD
A bogey-free opening round this afternoon at Brown Deer Park Golf Course has Demi Runas (Torrance, California) looking down on the rest of the PHC Classic field at 6-under par.

Competing in Glendale, Wis. means Runas was unable to be in Southern California today and celebrate the 30th birthday of her boyfriend George Philipopolous. Still, the University of California Davis alumna felt the good vibes en route to this performance.

“I’ve been putting myself in pretty good positions the last few events and just haven’t been able to finish the deal,” said Runas. “I keep the same mindset and expectations low, stay in the present. The season is winding down and the want is to push, have a good finish. You still have to hit one shot at a time and I’m trying to focus on that. I sadly had to miss the festivities at home, but he was and always is supportive of me competing. I should really be thanking him for the birthday birdies.” 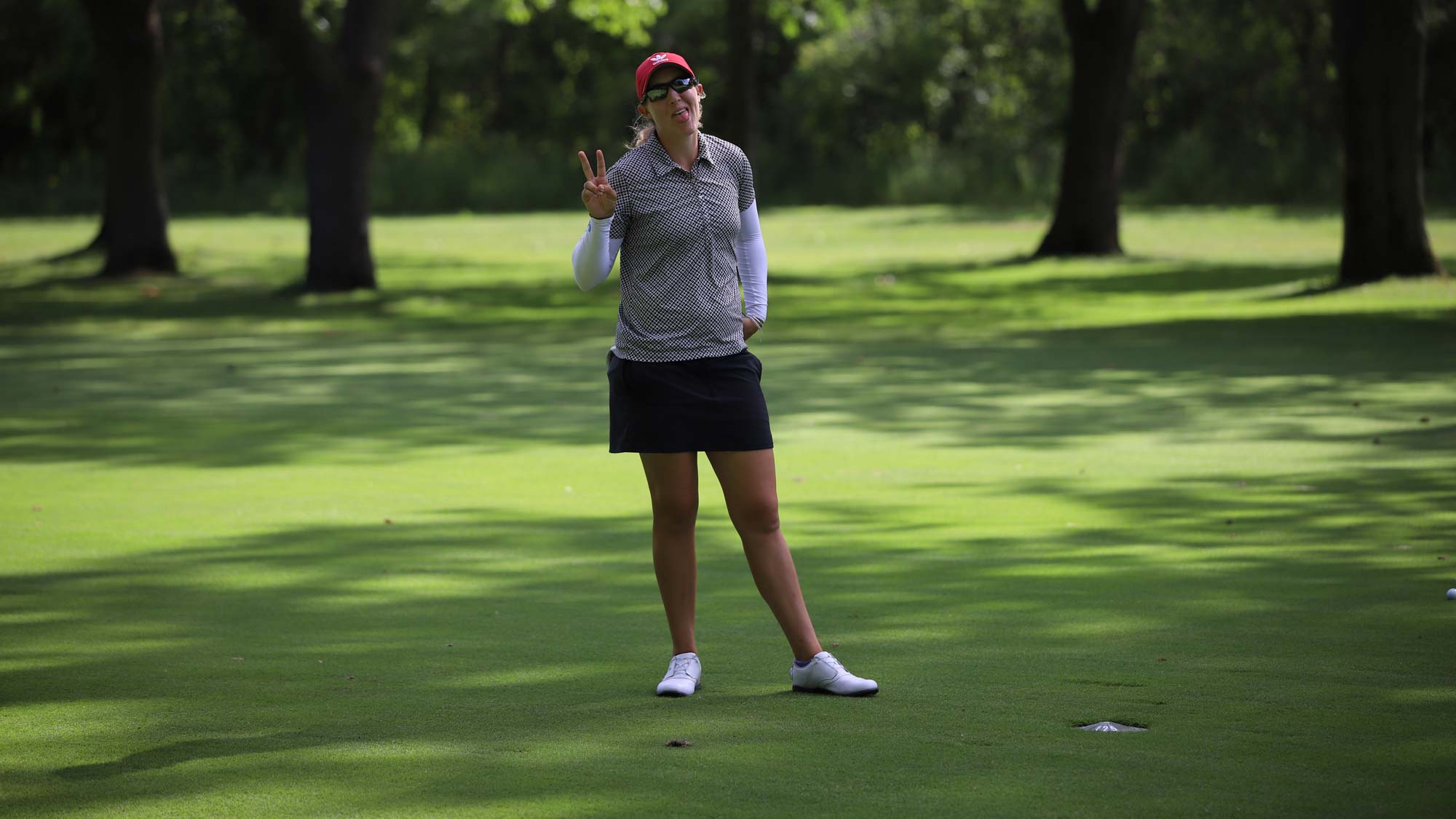 SCHECHTER PUTS ON PUTTING CLINIC AT BROWN DEER
The defending Potawatomi Cup champion Maia Schechter (Chapel Hill, North Carolina) continued her run of strong play in tournaments associated with the series, shooting 5-under par 67 on day one with the help of eight birdies and an eagle.

Across the six previous starts in Potawatomi Cup events, Schechter has four top-20 finishes including a win at the 2018 Four Winds Invitational. She pointed to putting as the reason for the success, an aspect of her game that she put on a clinic around Brown Deer Park Golf Course in the first round.

“I love these golf courses, they are the greatest,” Schechter said after recording 12 one-putts and a total of 24 total putts. “The greens in the Midwest are always really nice. If you start them on your line, and I feel like I read them pretty well, it all helps. That is a big reason for the success on the Potawatomi Cup tracks. I was really comfortable and had a good gameplan going in.” 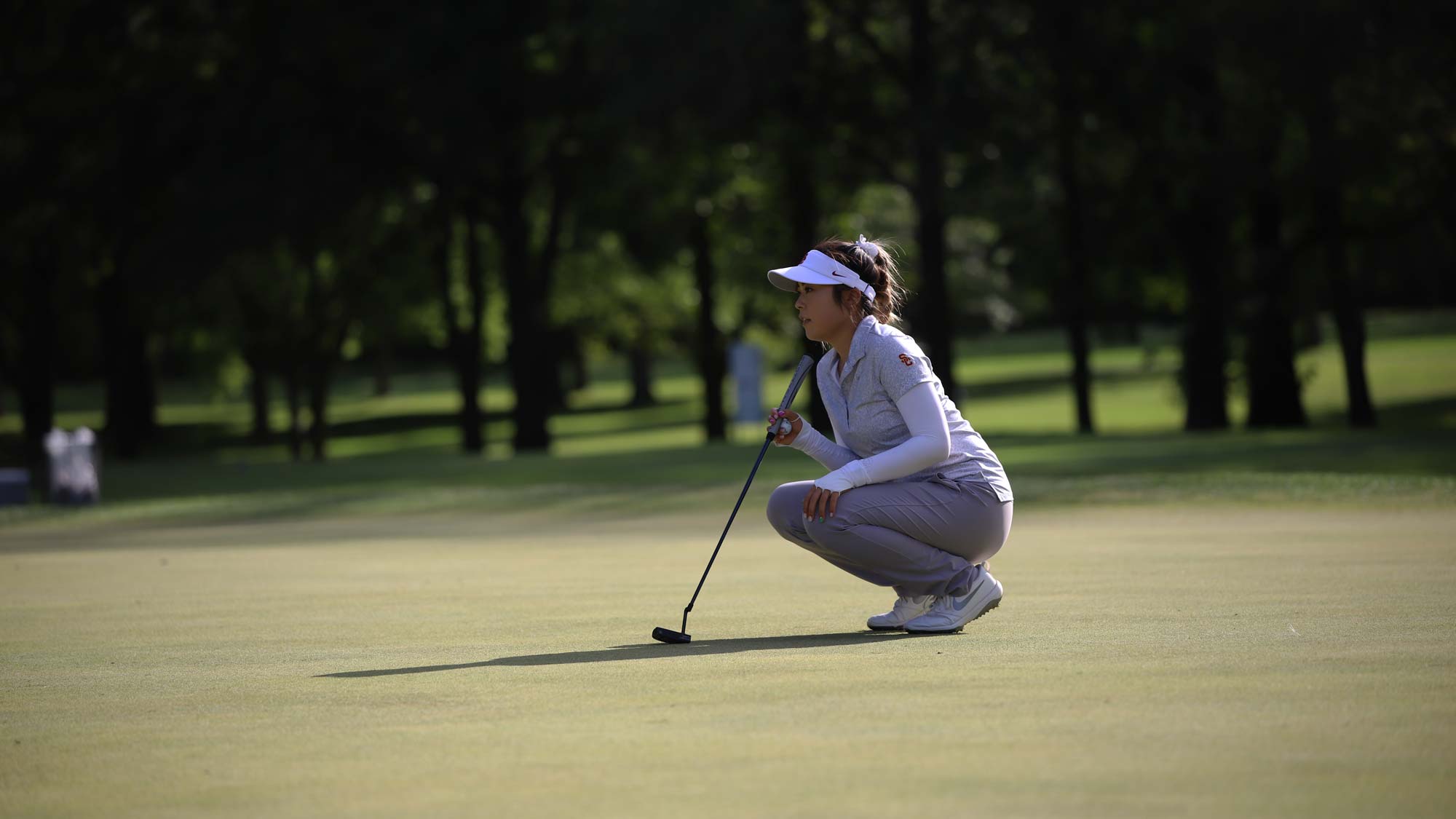 REE CHASING SECOND STRAIGHT WIN AFTER FULL WEEK AWAY
Following a week off for the Epson Tour, Robynn Ree (Redondo Beach, California) came to the greater Milwaukee area in search of her second straight win. The CDPHP Open champion used the time away to rest and did not swing from the final round in Albany until arriving in the Badger State.

Even so, Ree is one of five players tied at 5-under par with 18 holes in the books.

“I told myself to play well because my dad kept telling me to practice during our break, but I didn’t so that is my motivation,” Ree said laughingly. “When I first came here, my game was all over the place which was different from what I experienced two weeks ago. I had not touched my clubs since winning and my dad encouraged me to practice, but I just wanted to take a full week off to recover and soak in all the events that happened during my win.”

NOTABLE QUOTES
Sandy Choi (-5, T2) on playing with Maia Schechter and the confidence from a solid first round:
“I think we did feed off the energy. Maia would throw some darts and I was right behind her, hitting a lot of good shots. Then we would make putts one after the other. It was fun to watch her make 50-foot bombs. It does give me a lot of confidence, especially missing the cut in each of the last two events by just one stroke. A good first round provides a big confidence boost.”

Laura Wearn (-5, T2) on how her length off the tee is an advantage at Brown Deer Park Golf Course:
“The par-5s are super scoreable and even though No. 15 is tough, the others are getable and that’s a big advantage for a longer hitter. A lot of other holes, I hit hybrids and 5-woods to play it smart. The course sets up well for being long off the tee. If you do hit a wayward shot, can find it still. It feels good to be in this spot and finally have a round where I did a lot of good things. Hopefully can continue that, especially from the front nine where I hit good shots which was really encouraging.”

Bailey Tardy (-4, T7) on finishing day one with five birdies over her last six holes:
“I got hot on the back nine, putter got really hot. This course is difficult, especially if you put yourself above the hole with some of the pin locations out here. The greens are quick and you can literally putt it off the green on probably half the hole. You need to get your speed, trust your line and go for it.”