REE SNAGS SECOND STRAIGHT VICTO-REE
Robynn Ree (Redondo Beach, California) secured a second straight Epson Tour win this afternoon by firing a bogey-free, 6-under par 66 in the final round of the PHC Classic to claim a three-shot victory on Brown Deer Park Golf Course at 17-under overall.

“Honestly, it still hasn’t hit me yet and I was just happy to be in contention this week,” said Ree. “Now it actually happened, winning again is awesome. I had a cushion coming into today, but at the turn I saw I was only up two and it seemed people were playing better than me. Just tried to not make three-putts and that was really key.”

The performance by Ree sets a 54-hole PHC Classic tournament scoring record. Across a total of 13 starts on the “Road to the LPGA” this season, she has played the weekend every time with nine top-15s.

“I tried to keep the momentum going from my win in Albany and hopefully can now use both to finish the season strong,” Ree said. “The goal is always to win again, but I don’t want to be greedy. Just take each week as it is, but if I’m in contention again then I’ll do my best to take that opportunity.” 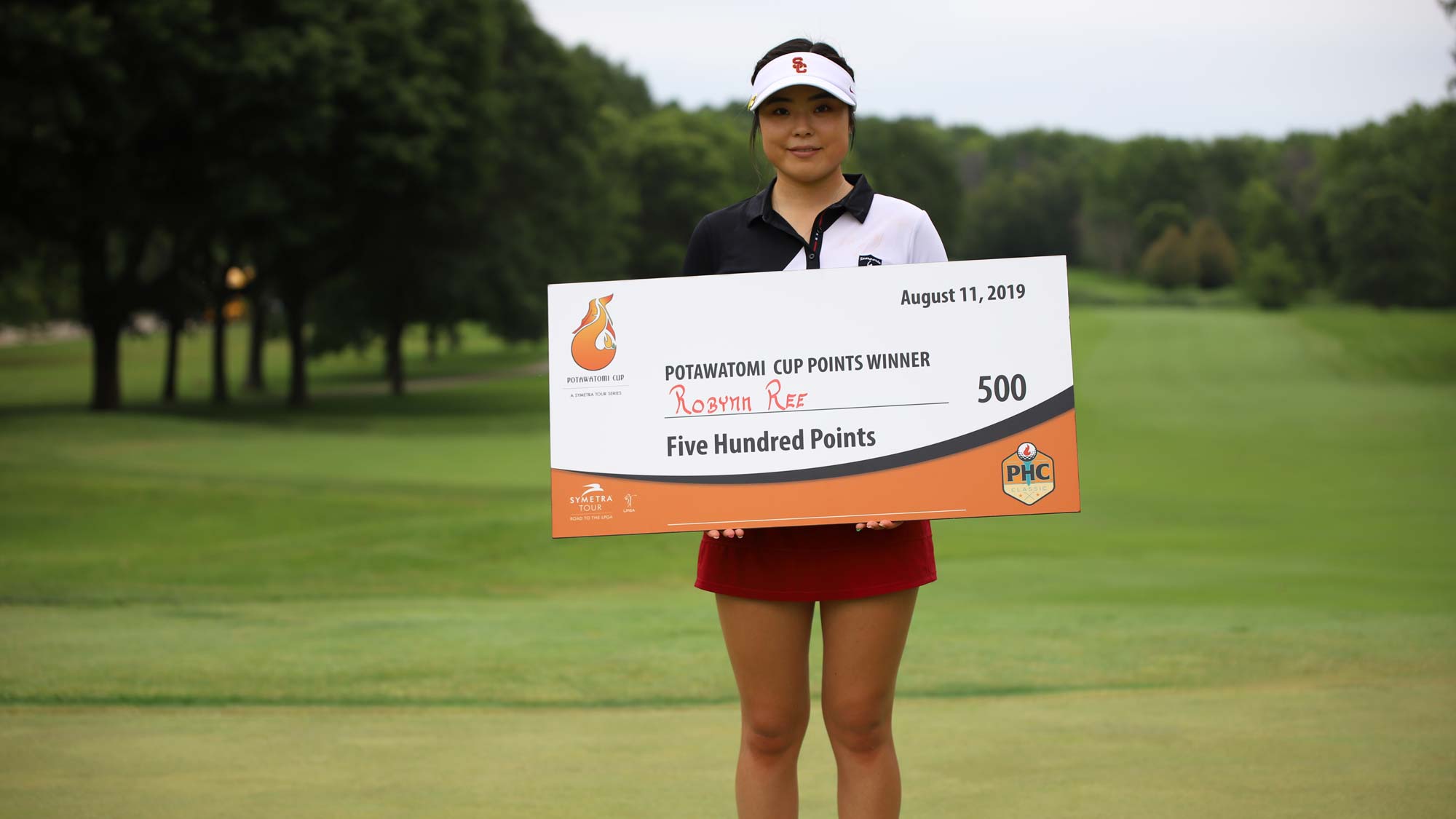 POTAWATOMI CUP STANDINGS AFTER THIRD LEG
The fifth annual PHC Classic marked the third leg of the 2019 Potawatomi Cup, a series of four events with bonus money available to players based on a points system through performance.

Battle Creek Country Club in Battle Creek, Mich. serves as the fourth leg of the series when it hosts the FireKeepers Casino Hotel Championship from August 16-18. Here is a look at the current top-10 heading into the final Potawatomi Cup tournament:

VOLVIK RACE FOR THE CARD STANDINGS AFTER WEEK SEVENTEEN
Following the 17th tournament of the 2019 Epson Tour season, the Volvik Race for the Card welcomes a fresh top-10.

The victory and $18,750 winner’s check move Ree up six spots to No. 11, having earned $72,187 through 13 total starts this season. Here is a look at the current top-10 heading into the sixth annual FireKeepers Casino Hotel Championship at Battle Creek Country Club in Battle Creek, Mich. from August 16-18:

NOTABLE QUOTES
Vicky Hurst (-14, 2nd) on a final round 7-under par 65:
“Last two months or so, been struggling and working on some things in my swing. It all came together this week and overall, really happy with my game. My first 10 holes were awesome and everything was clicking. I really didn’t look at the leaderboard at all and stayed focused.”

Maia Schechter (-12, 3rd) on another great showing in a Potawatomi Cup series event:
“I felt confident and didn’t seem that I was doing anything super special, just committing to my shots and not trying to do anything outside of what I thought I could accomplish. Had a great friend on the bag, Csicsi Rozsa, for the final round. Just keeping the confidence up heading into the last Potawatomi Cup event of the 2019 series.”

Ssu-Chia Cheng (-10, T5) on pursuing a higher ranking within the Volvik Race for the Card top-10:
“In the first round, I wasn’t playing that well. My ball striking was not good, but talked to my coach after that day and he gave me something to work on. Yesterday my game was better and today I just wasn’t thinking too much about anything to get to 6-under. More confident about my game, as well as mental which helps for Battle Creek next week and the final six events overall.”