SHOWERS, DARKNESS LEAD TO SUSPENSION OF FIRST ROUND
The first round of the IOA Invitational was suspended at 5:02 p.m. ET this afternoon due to dangerous weather in the Milton, Ga. area. Following a one hour and 34-minute delay, play resumed.

Action was again suspended at 8:19 p.m. ET due to darkness with three total groups still to complete round one. Competition is set to resume tomorrow at 7:15 a.m. and the second round will begin as scheduled.

SRISAWANG SNAGS OUTRIGHT 18-HOLE ADVANTAGE
With day one in the books, Nontaya Srisawang (Chiang Mai, Thailand) looks down on the rest of the IOA Invitational field with the 18-hole outright lead at 4-under par. Her performance featured five birdies including one on No. 18 to close the round.

After the weather delay, she only had five holes to finish and pointed out that the last stretch requires her to dig a little deeper than others.

“I didn’t think about warming up, just wanted to finish the round,” Srisawang said. “I made three birdies on the par-5s and can put the ball in position that I can make birdie. Most players can reach the par-5 here, but No. 16 and 17 are really long for me. I really have to focus on those couple holes.” 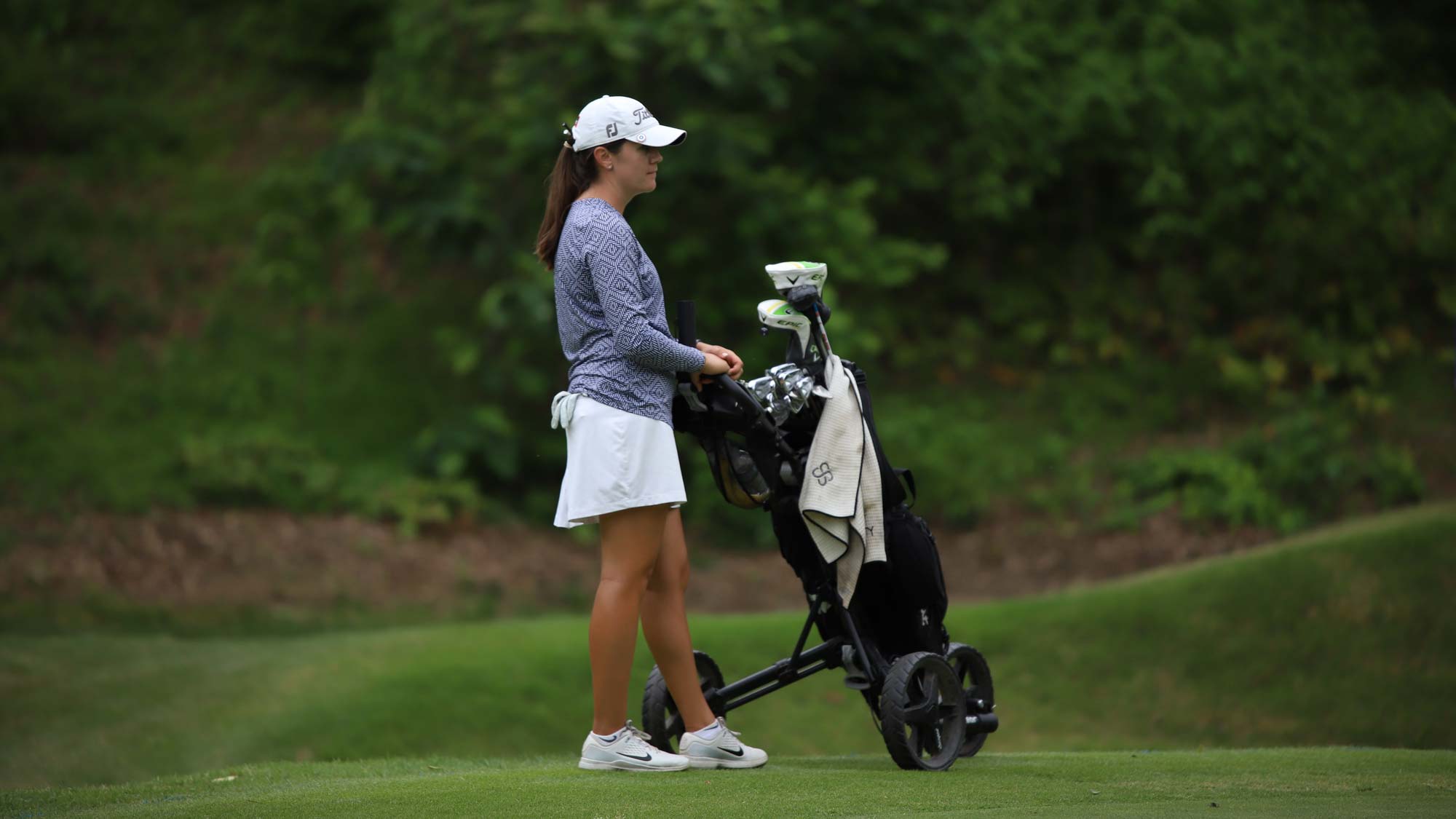 MCCURDY PLAYING AS CONFIDENT AS EVER
Former Southern Methodist University (SMU) standout Lindsey McCurdy (Liberty Hill, Texas) fired a 3-under par 69 today at Atlanta National Golf Club and is solo second after 18 holes, just one shot back of the lead.

Through the first five starts of her sophomore campaign on the Epson Tour, she has played the weekend each time and is coming off a season-best tied for ninth showing at the Murphy USA El Dorado Shootout. McCurdy is right on the way to another made cut and perhaps even besting that recent top-10 performance.

“I’d say this is the most consistent and confident I’ve felt in my professional career,” said McCurdy, who recorded six birdies and three bogeys on day one. “Now that I have a year under my belt, I feel like I know how to put some good rounds together more consistently on the courses we play. It’s starting to feel like I’m where I want to be with my game, and it’s helping me get into good positions each week. I just have to let go and play golf because I know that I’ve worked hard to be in contention out here.”

NOTABLE QUOTES
Nicole Sakamoto (-2, T3) on playing to her strengths and finding rhythm:
"It has been a while since I’ve seen my name on the leaderboard. I feel like I am hitting the ball well and putting well, so it’s just a matter of making putts. It makes a big difference because the first four events I wasn’t really comfortable with yardages for my second shots and my greens in regulation went down so much. This course is a little forgiving off the tee and then it is knowing where to position yourself.”

Christine Song (-2, T3) on recording a season-best score to par of 2-under par:
"When you’re not playing well and all of a sudden you have a good round, it boosts confidence. I felt like I played very smart and did my math correctly. I don’t get any spin because the greens are so firm and had to calculate the rollout, so I don’t hit it too far.”

Lee Lopez (-1, T9) on challenge Atlanta National Golf Club presents and her play in round one:
"What makes this course tough is the firmness of the greens. I drove it really well today, only missed one or two fairways. Put myself in the right spots on the green to get looks at birdie and my misses were in good spots, which always helps. Everything feels pretty solid and overall, my round was consistent.”