FIRST ROUND SUSPENDED DUE TO DARKNESS
The second round will begin as scheduled tomorrow at 7:20 a.m. PDT. However, one group did not finish the first round and they will restart at 7:45 a.m. on No. 17.

BOILER UP: PURDUE BASKETBALL’S NCAA TOURNAMENT RUN PROVIDING INSPIRATION FOR KIM
The Purdue University men’s basketball team stormed into the Elite Eight of the NCAA Tournament with an overtime victory over the University of Tennessee last night and in the process, provided Boilermakers alumna August Kim (St. Augustine, Florida) inspiration for her play on the golf course.

“My friends and I were watching the game together over the phone and we just said you have to believe until the end,” said Kim, who fired a 6-under par 66 in round one of the IOA Championship presented by Morongo Casino Resort & Spa. “Anything that brings Purdue athletics to the forefront is fantastic. I’ve been working hard and trying to stay focused on the good things. I’m glad it showed up today."

Kim holds the outright advantage after day one in Beaumont and hopes to keep the momentum going in the second round, just like her fellow Boilermakers when they face the University of Virginia tomorrow in Louisville, Ky. with a trip to the Final Four on the line.

“They are known for grinding it out to the very end, so I’m proud to represent that,” Kim said. “My putting was very solid, which is great because that is what I have been working on. I’ve also got a lot longer off the tee and that helps no matter the course.” 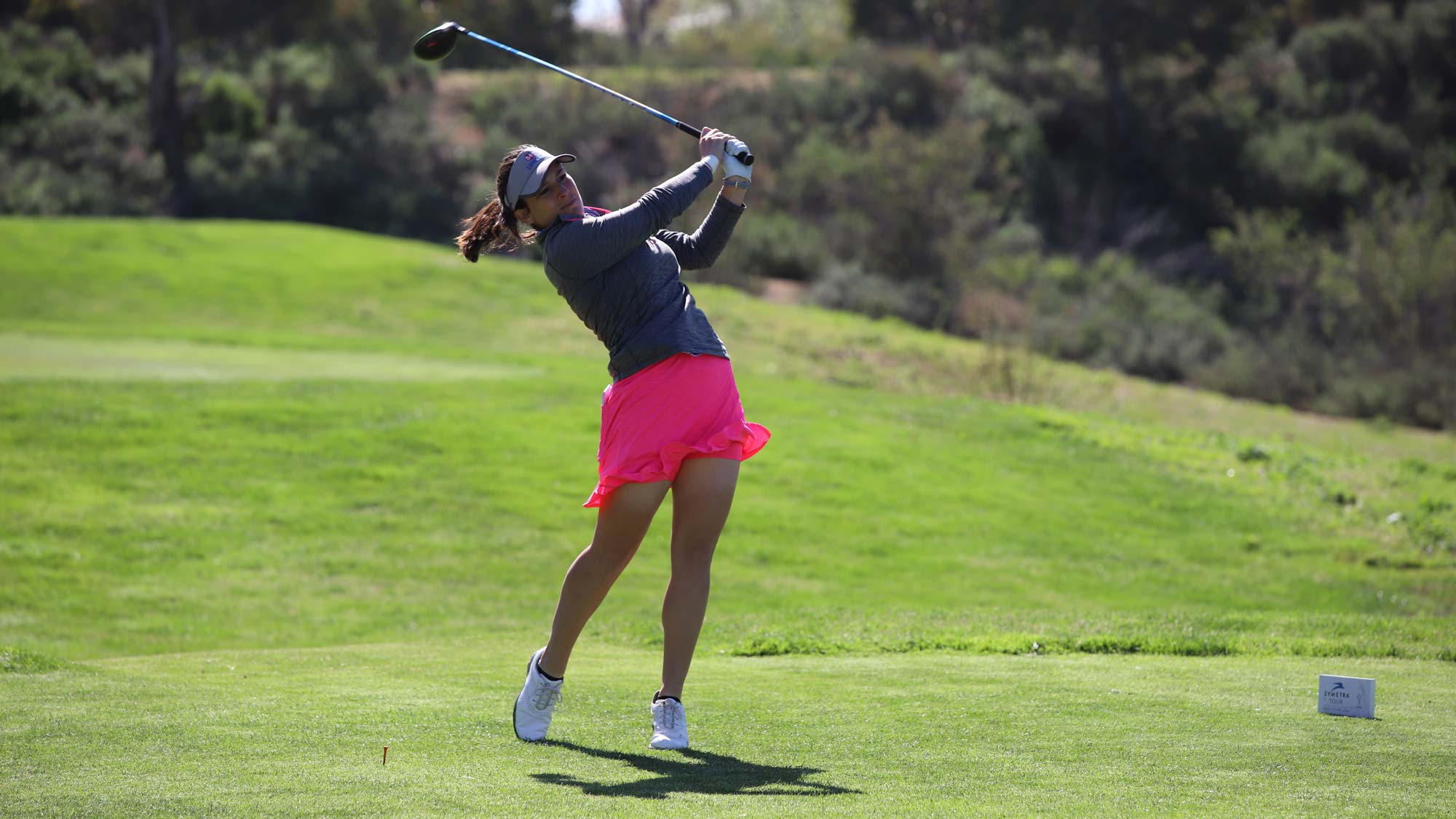 ROHANNA BALANCING RESPONSIBILITIES ON COURSE, AS MOTHER
Life has been different for Rachel Rohanna (Marianna, Pennsylvania) and her husband Ethan ever since the birth of their first child Gemelia Grace Virgili last June. Being on the road for extended periods of time makes the special life moments sometimes difficult to enjoy.

“It will be nine days apart come Monday when I get back home to see her, it’s tough,” Rohanna said after a bogey-free, 3-under par 69 this afternoon. “The other night I thought I hit my max and was really struggling, but I know she’s in good hands. If I’m being honest, she probably would rather spend more time with him than me, she loves her dad. Of course I miss her so much, but our family helps, and I FaceTime her every day.”

Not only has the separation been hard, but finding a balance with a full-time professional golf schedule can be challenging. Even so, Rohanna finds herself tied for eighth after 18 holes at Morongo Golf Club at Tukwet Canyon, just three shots back of the lead.

If the Ohio State University alumna were to pull through this weekend, she would become the first mother to win on the official qualifying tour of the LPGA Tour since Epson took over as the entitlement sponsor in 2012.

“Practicing this past winter was tough because I couldn’t get away too much and it is a totally different mindset now, which I think is extremely important too,” said Rohanna. “You could be the best ball striker or putter, but if you’re not there mentally you will struggle. Regardless, anytime you shoot bogey-free, it’s awesome and I can’t tell you the last time I did. I think there’s a lot more birdies to be had, but I hit the ball so well I really couldn’t ask for better ball striking.” 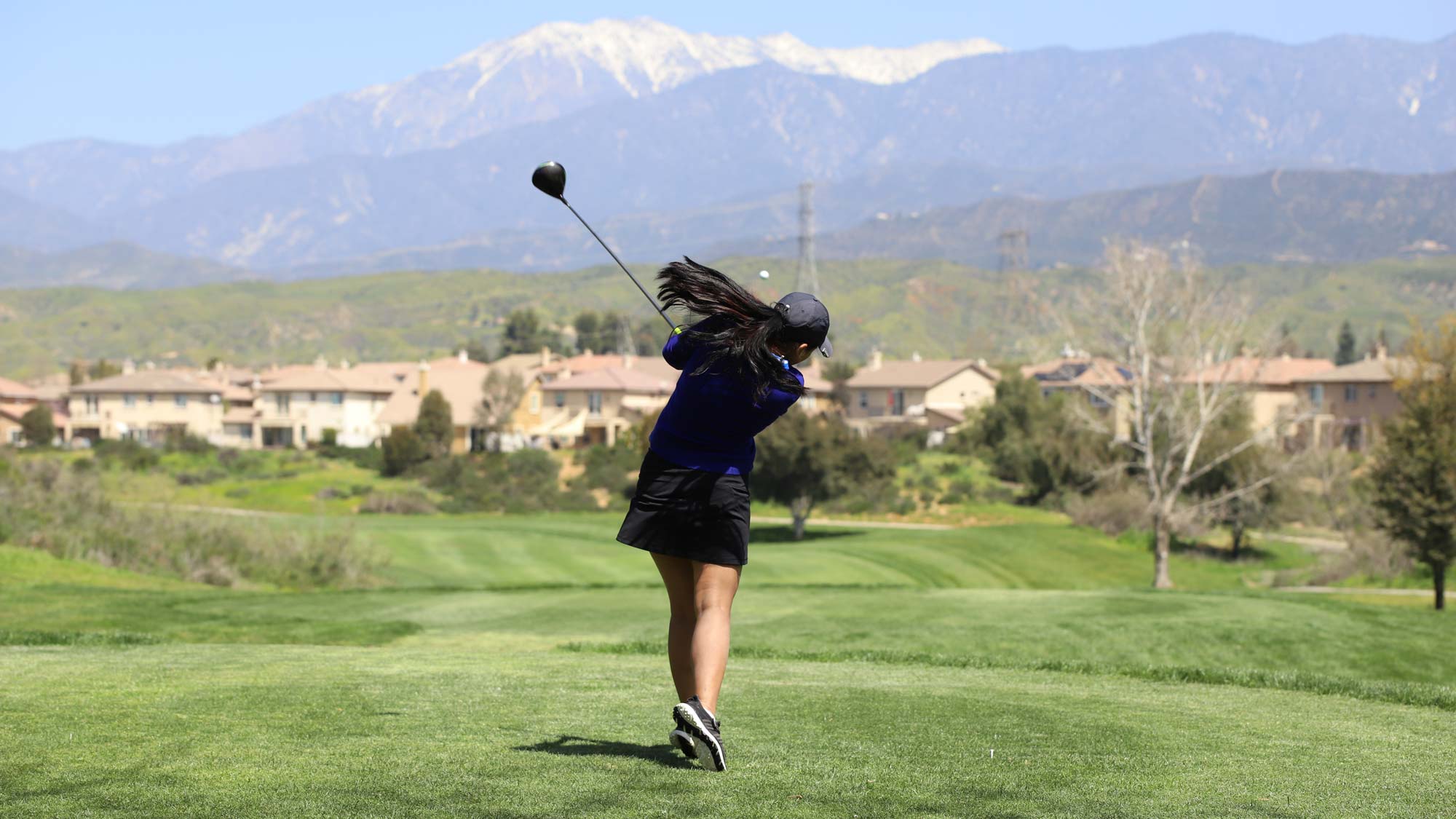 SHERPA HANGS TOUGH IN FIRST START AT PROFESSIONAL EVENT
After starting on the back nine Pratima Sherpa (Kathmandu, Nepal) walked off No. 9 green with a 7-over par 79 on the scorecard, her navy blue LPGA Tour “Drive On” hat slightly crooked and lively chatter among her playing partners accompanied by a huge smile beaming from her face.

She personifies the new mantra recently instituted by the highest level of women’s professional golf and whether or not she yet knows it, the 19-year-old made history today. Sherpa became the first Nepali woman to compete in a professional event part of the LPGA Tour family.

“It was awesome and the first couple holes I was feeling a little nervous, but I was okay,” said Sherpa, who recorded four birdies, nine bogeys and a double bogey to sit tied for 126th. “Playing with the professional golfers was amazing. I had a good experience and learned many things. I realized that I still have to learn about course management, which is super important, and putting. I was good reading lines, but I had some bad speeds.”

Harang Lee (-5, T2) on if she found herself competing with playing partner August Kim during the round:
“It has been awhile since I had a score like this, so I just tried to make things simple and have fun. At the very end I noticed, but it is also great to see someone making putts and doing things right. I was very relaxed compared to other rounds because I’ve been struggling with my mental game a lot.”

Luna Sobron (-5, T2) on staying in a competitive mindset between Monday qualifiers for the LPGA Tour:
“It is better to continue competing because now I am only playing Monday qualifiers on the LPGA Tour and waiting for the reshuffle. I will play this week and next [on the Epson Tour], do my best. I enjoy the opportunity to play my game and give it my all.”

Giulia Molinaro (-3, T8) on recording a hole-in-one on the par-3 17th with a 9-iron from 135 yards:
“It was cool, even though we didn’t really see it go in. We saw it disappear and I didn’t want to celebrate until I got up there. It was a good way to finish and good energy for the next day.”