HEALTHY WEBER HOPES FOR LATE RUN
A bogey-free, 5-under par 67 on the Senator Course at Capitol Hill in the first round of the Guardian Championship launched Dewi Weber (Groningen, Netherlands) into a share of the 18-hole lead.

“I’m just doing my thing every round, focusing on the little things to help me get better and not the end result or just three events remaining,” said Weber, who hit 17 greens in regulation today. “My putting has been kind of off lately and it was nice to see them roll in today. Staying patient is key for me because I haven’t been doing that recently.”

Having missed several events during the middle of the season due to a left ankle injury, the University of Miami (FL) alumna is currently ranked No. 27 in the Volvik Race for the Card. On the outside looking in, there is still time for Weber to make a late run.

“The chances of me getting into the top-10, I need a win and a high finish,” the rookie said. “I know the reality and am striving for it, but at the same time from experience if I put lots of pressure and emphasis on events it won’t help me.”

POPOV ALSO SETTING THE PACE IN PRATTVILLE
Joining Weber atop the leaderboard in a share of the 18-hole lead is University of Southern California alumna Sophia Popov (Heidelberg, Germany), who used four birdies and an eagle to get to 5-under par.

She has not missed a cut in 10 events played on the Epson Tour in 2019. That stretch is highlighted by six top-10 finishes, including three straight.

“I played great and even the last hole, the pin is low-key ridiculous with a three-putt that almost felt like a two-putt,” Popov said after ending with a bogey on No. 18. “The rest of the round was pretty much exactly how I drew it up. Need to continue what I’ve been doing by staying aggressive and not back off certain shots. It can be really easy out here to get defensive since the pins are tough. Sometimes you get bad breaks, but just have to deal with shots that don’t end up where you think they will.” 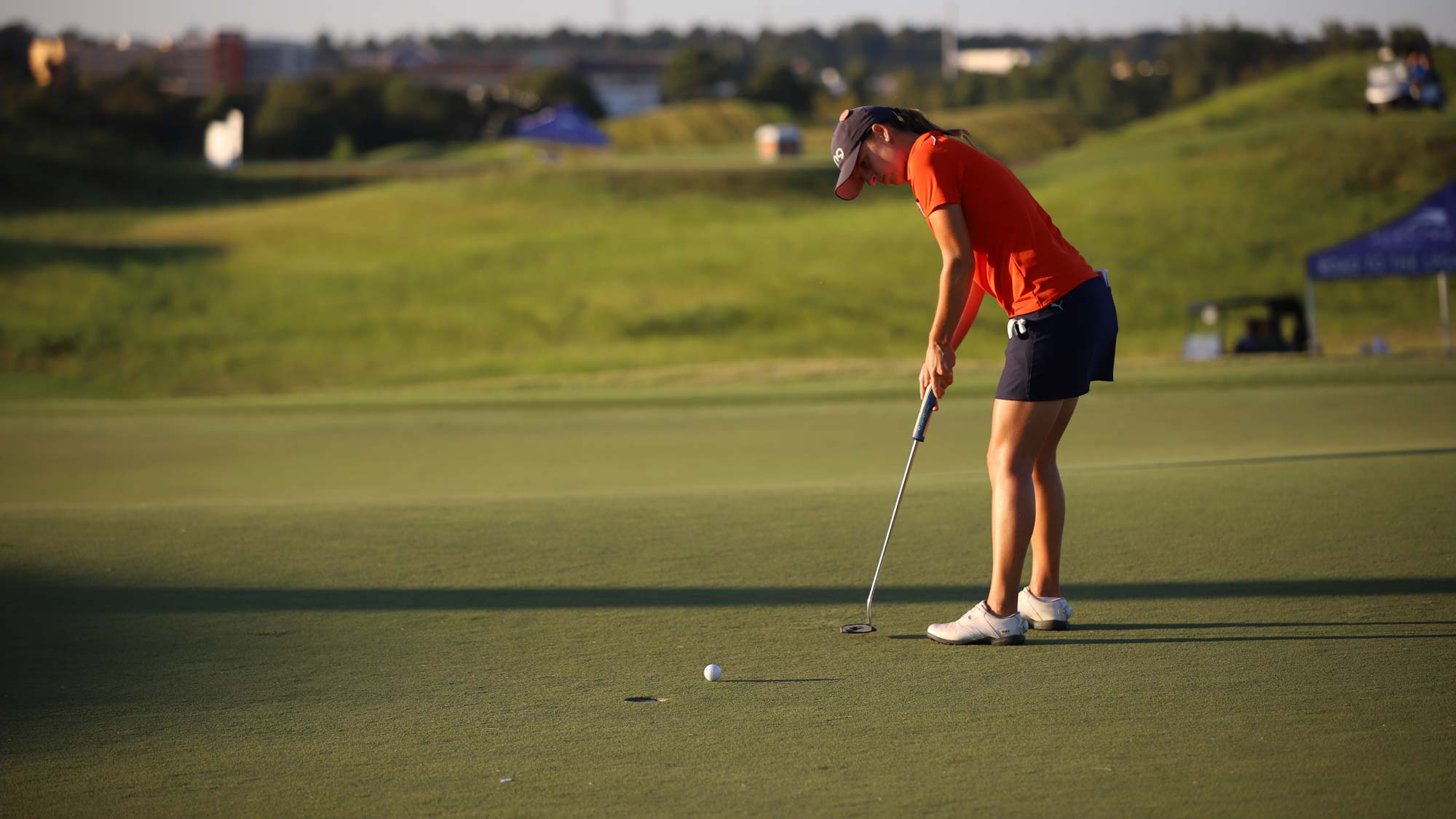 SANZ BARRIO OFF TO STRONG START IN SECOND HOME
One of three individuals tied for third at 4-under par after day one in Prattville, Ala. is Auburn University alumna Patricia Sanz Barrio (Madrid, Spain). The performance tied a season-best score to par.

“It’s pretty nice to be back in Alabama and representing Auburn,” said Sanz Barrio. “It was a good round, some good shots at the beginning. I had been unconfident with my driver then started hitting it well and my irons were solid. Front nine was boring with pars, a birdie and bogey. On the back nine was a little bit lucky making long putts and even a chip-in. I just stayed really patient.”

Beside returning to the region of her second home, Sanz Barrio also has friend Rick Brewer on the bag to make the environment even more comforting. The duo met in Greenwood, S.C., where they worked the 2017 and 2018 Self Regional Healthcare Foundation Women’s Health Classic together as Brewer lives right around the corner from host venue The Links at Stoney Point Golf Club.

“He drove all the way here and he’s really awesome,” Sanz Barrio said. “The first time he caddied for me he was like, ‘I know what I got to do: show up, shut up, keep up. He talks to me sometime and it’s just nice to have someone you’re familiar with. He’s also really positive.”