Three to Watch at the LPGA MEDIHEAL Championship

RESTREPO SECURES FIRST PROFESSIONAL GOLF TITLE FOR PANAMA
Entering the final round of the Guardian Championship in Prattville, Ala., Laura Restrepo (Panama City, Panama) was four shots back. When the dust settled, the University of Louisville alumna had clinched the first professional golf title for her native country Panama and raised the first trophy in her Epson Tour career.

After shooting bogey-free in the second round for a career-best 6-under par 66, Restrepo followed that with another bogey-free performance of 8-under 64 this afternoon from the Senator Course at Capitol Hill on the Robert Trent Jones Golf Trail. The overall score of 14-under was good for a one-shot victory.

“It is so amazing, I can’t even put it into words,” Restrepo said. “This year has been rough, but to have it all come together the last two rounds feels so amazing. All the hard work finally paid off. It has just been tough, missed a lot of cuts out here and haven’t been that consistent. I was putting in the work, staying patient. It is tough to do that and stay positive, but I tried my best and this is well worth it.”

The result changes the outlook for Restrepo on the rest of the year. She goes from one objective to the brink of Q-Series in a matter of 54 holes. Now, Restrepo must refocus the vision thanks to her first top-10 in 41 career Epson Tour starts.

“I was just trying to keep my full card going into this tournament and get into the next two events,” said Restrepo. “I want to finish strong with this huge confidence booster. Then do my best at Q-School and maybe even get a LPGA card for next year.” 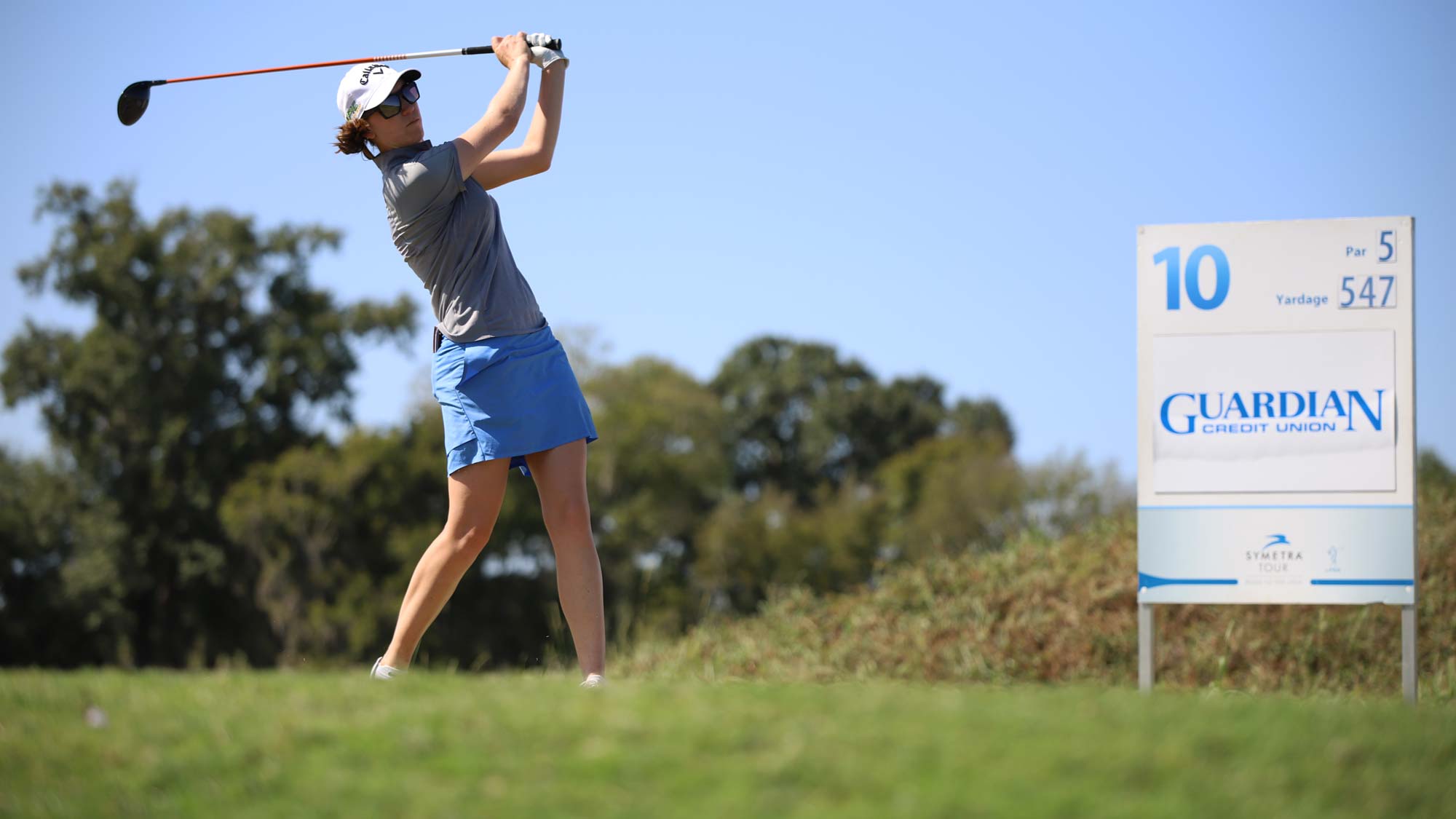 COLEMAN CONTINUES PUSH FOR CARD WITH BIG FINAL ROUND SHOWING
With an 8-under par 64 in the final round of the Guardian Championship, Jenny Coleman (Rolling Hills Estates, California) ended tied for second at 13-under overall for her sixth top-five finish of the season.

In the process, the University of Colorado graduate collected $14,787 to increase her 2019 earnings to $81,638 and strengthen the hold she has on the No. 9 position in the Volvik Race for the Card. Only two events remain on the schedule and results like this go a long way in deciding the final individuals who receive LPGA membership for 2020.

“It’s great to have these strong finishes, especially the middle of the season toward the end I’ve caught fire,” Coleman said. “Really important now to finish well to keep that gap moving up so not many people can chase me down. It is great to see what I can do and know I can score like this, 13-under after three days and 8-under on the final round is pretty phenomenal. Want to keep pushing for more.” 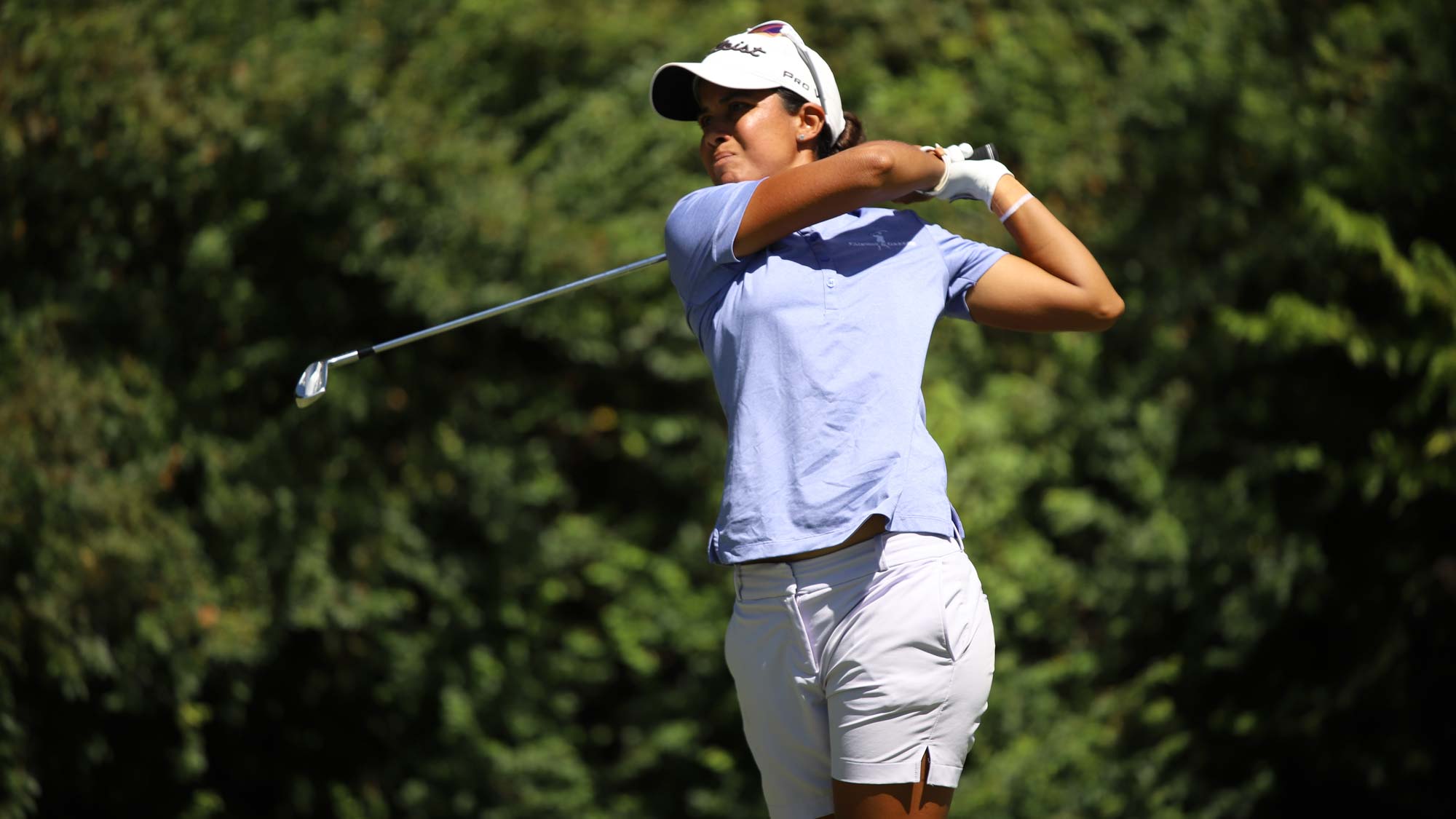 VOLVIK RACE FOR THE CARD STANDINGS AFTER WEEK TWENTY-ONE
Following the 21st tournament of the 2019 Epson Tour season, the Volvik Race for the Card welcomes a fresh top-10.

NOTABLE QUOTES
Gigi Stoll (-13, T2) on what it was like to be in contention:
“Started off really hot going 5-under on the front and then cooled off on the back a little bit. Put myself in position for birdies, but they didn’t really fall. Every round I like back and there’s some what-ifs. You learn and to be in this position was really special, knowing that I can get there. Definitely want to do it again in the next couple tournaments. Goal was to get a win since the start of the season and still is.”

Casey Danielson (-12, T4) on her finish at the Guardian Championship:
“It was a really solid week, am hitting it better than I think I ever have. There was a lot of opportunities out there and I just didn’t putt well. Today and yesterday combined, I probably missed five putts inside six feet and there’s the tournament right there. I got something to work on and did putt a little better in the final round to feel better about it.”

Kelly Tan (-7, T14) on what she takes away from a 3-over par final round performance:
“I just didn’t hit it to the right spots today. Still hit 17 greens and when they are that big, you’re going to hit a lot of greens. Just missed things by a couple yards, even the last hole, then you have like a 50- and 60-foot putt. Put myself in bad spots on the greens. I know I’m striking the ball good, just a couple yards off. I will keep at it and stay patient, the putts will drop.”