COLEMAN CARRIES MOMENTUM TO SOUTH BEND
Using the momentum from a tied for third result at the Valley Forge Invitational, Jenny Coleman (Rolling Hills Estates, California) picked up right where she left off with a 4-under par 68 showing in South Bend, Ind. for the first round of the Four Winds Invitational.

“It gives you some confidence, did it the week before and keep going strong,” said Coleman, who carded six birdies and two bogeys this afternoon. “Have to trust the game that I’m hitting the ball good, start aiming at more flags and look to make everything."

Her sixth career round at Blackthorn Golf Club proved to be the best yet, earning Coleman the 18-hole outright advantage by one over two other individuals. Even with the success, the University of Colorado alumna understands the level of focus needed to maintain her position.

“I think the course is playing a good amount different, the rough is so thick,” Coleman said. “You have to keep the ball in the fairway, try not to find the rough around the greens because it will be a tougher up and down. I think it’s definitely playing harder, but the greens are similar speed as last year.” 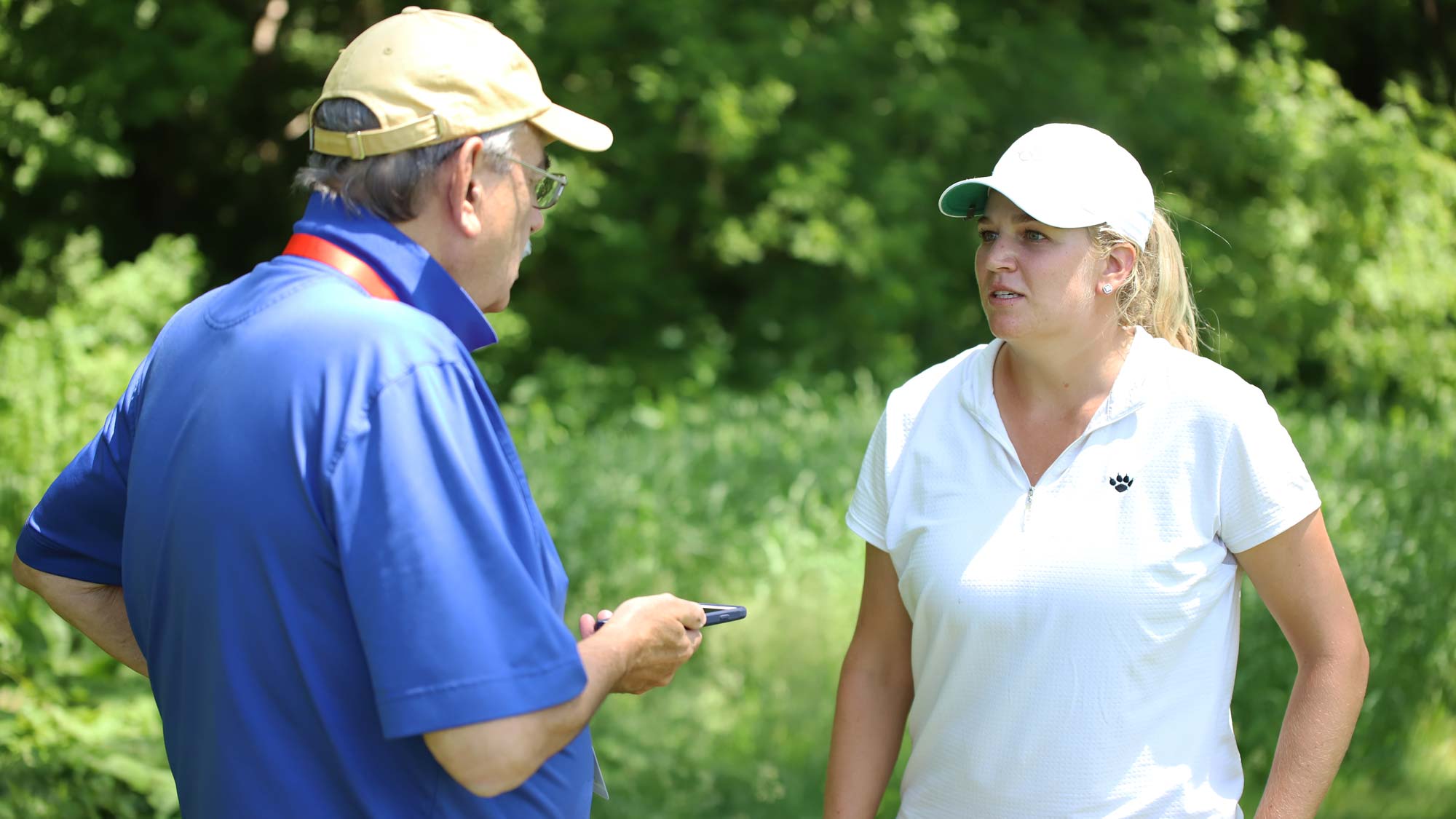 WEARN DRAWING ON EXPERIENCE AT BLACKTHORN
In her fifth career start at the Four Winds Invitational, Lauren Wearn (Charlotte, North Carolina) fired an opening round 3-under par 69 to head into the weekend at Blackthorn Golf Club just one shot back of the lead.

“I’ve always liked this course, it sets up pretty well for me,” said Wearn, who captured a career-best finish in South Bend of tied for 19th last year. “I like how there is a premium on hitting the fairway and it is in great shape. I enjoy playing here.”

The graduate of Furman University found her way to six birdies and three bogeys today. That included a bogey-free, 3-under par 33 coming in on the front nine.

“It definitely helps to have played before,” Wearn said. “It was nice earlier in the week because I didn’t have to focus as much in the practice rounds, could get a feel for the greens. I don’t hit many drivers, so thinking about what to hit off the tee and where. I played well a couple days here last year. It’s nice to know I can go low here and hopefully I will continue to play well.” 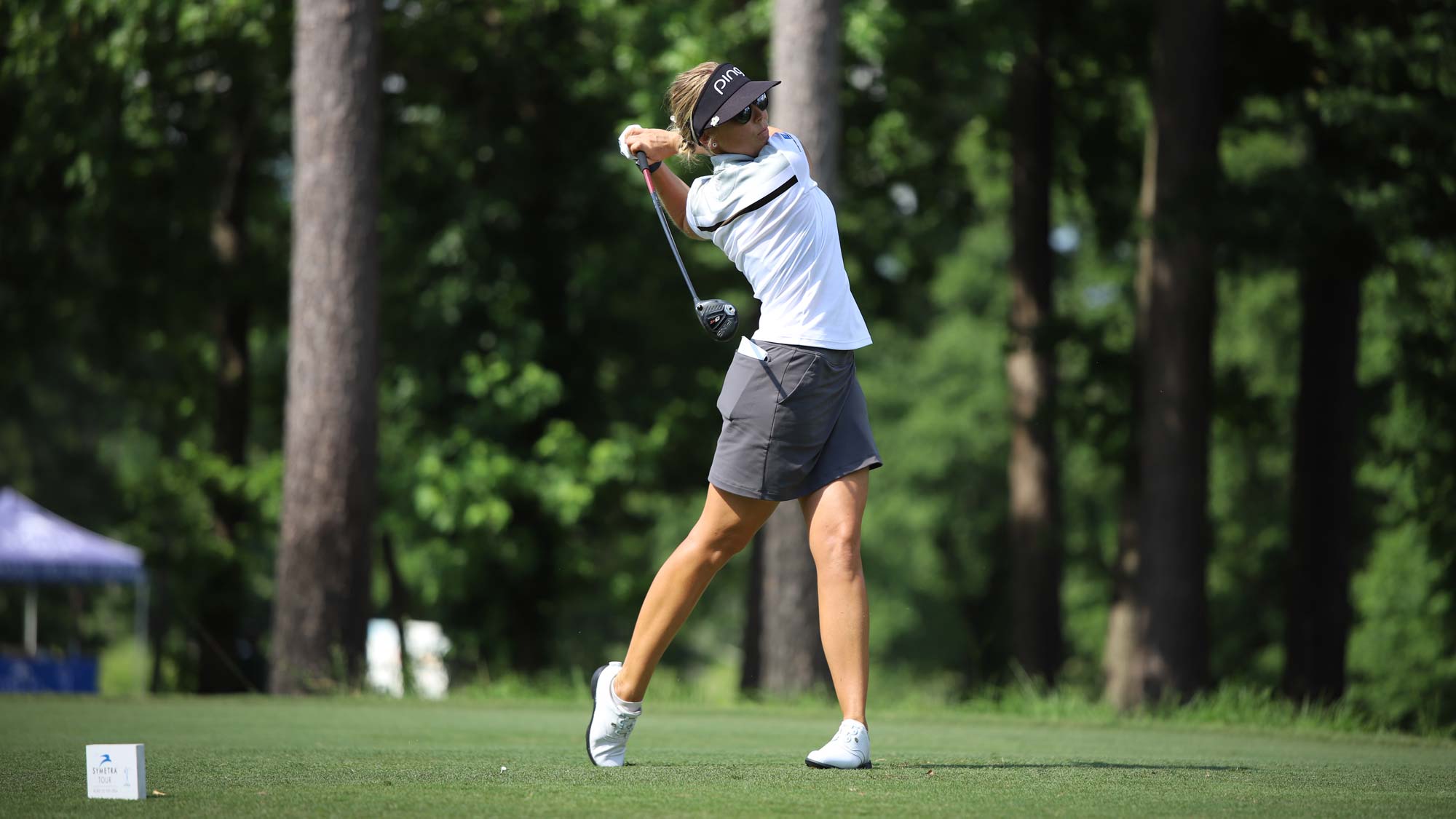 ARVIDSSON OPENS WITH A LOW MARK ONCE AGAIN
For the second time in as many starts, Elin Arvidsson (Falkenberg, Sweden) found her way to an under par score in round one. A 3-under par 69 today in the Hoosier State was just one stroke off her season-best of 4-under, shot on two occasions.

Most recently, Arvidsson reached that mark in the opening round of the Zimmer Biomet Championship hosted by Nancy Lopez. It just so happened to lead to a season-best result of tied for 24th. Now, she’ll look to keep moving in the right direction only one shot behind Coleman.

“I loved being out there and playing that big tournament, and the course fit me well,” said Arvidsson, in regard to the Lake Course at Grand National. “I hit a lot of fairways and greens, but didn’t putt well the last day. There was nothing else different from the first couple rounds over there and here. Kept going the same, hit 16 greens and missed just two fairways. I played my practice round on Tuesday, then the Pro-Am yesterday and it wasn’t as windy. I was happy to get out here today and truck along.”

NOTABLE QUOTES
Prima Thammaraks (-2, T4) on ending day one with a bogey and not letting it affect her:
“Same with last week, my scores didn’t reflect how good I played. I feel like something that happens, you just have to learn from it and move on. I was putting really good all day, so to let that little putt get to me is stupid. I’m not going to worry about it too much and keep focusing on what I did good.”

Ssu-Chia Cheng (-2, T4) on going even par or better in the first round for the seventh time in nine starts:
“This year I feel pretty good about my game, some things have been improving. For today, I didn’t really think about anything. First couple holes I left a couple short, but made an eagle on No. 9. I’ve been consistent, finding pars. It’s easier for me on the weekend, more chance to chase the leader.”

Alexa Pano (-2, T4) on making her third career Epson Tour start and playing with defending champion Maia Schechter:
“It’s kind of nice now that I’ve played a few events, I’m getting to know people here and it’s a little more comfortable. That makes it a lot more fun. You can definitely see where she went really low last year, is a super impressive player and her drives were so amazing today. The course is a lot more dry, we had a ton of rain last year. In the afternoon today it was super windy, which made it a bit more challenging.”