WIRE-TO-WIRE VICTORY IN SIGHT FOR RETO
Paula Reto (Bloemfontein, South Africa) stayed steady this afternoon at Battle Creek Country Club in the second round of the FireKeepers Casino Hotel Championship with a 1-under par 71 highlighted by three birdies.

“Today the putts just didn’t drop, hit a couple close and didn’t drop especially over the first few holes,” said Reto, who set a competitive course record 9-under par 63 on day one. "Those low rounds are just putting. I hit it decent and almost the same as yesterday, so will head to the practice putting green and make sure that is sharp for tomorrow. I haven’t been in this situation in a long time, can’t remember when. I’ll stick to my routine, do my stretch session in the morning, then go as if it is any other round.” 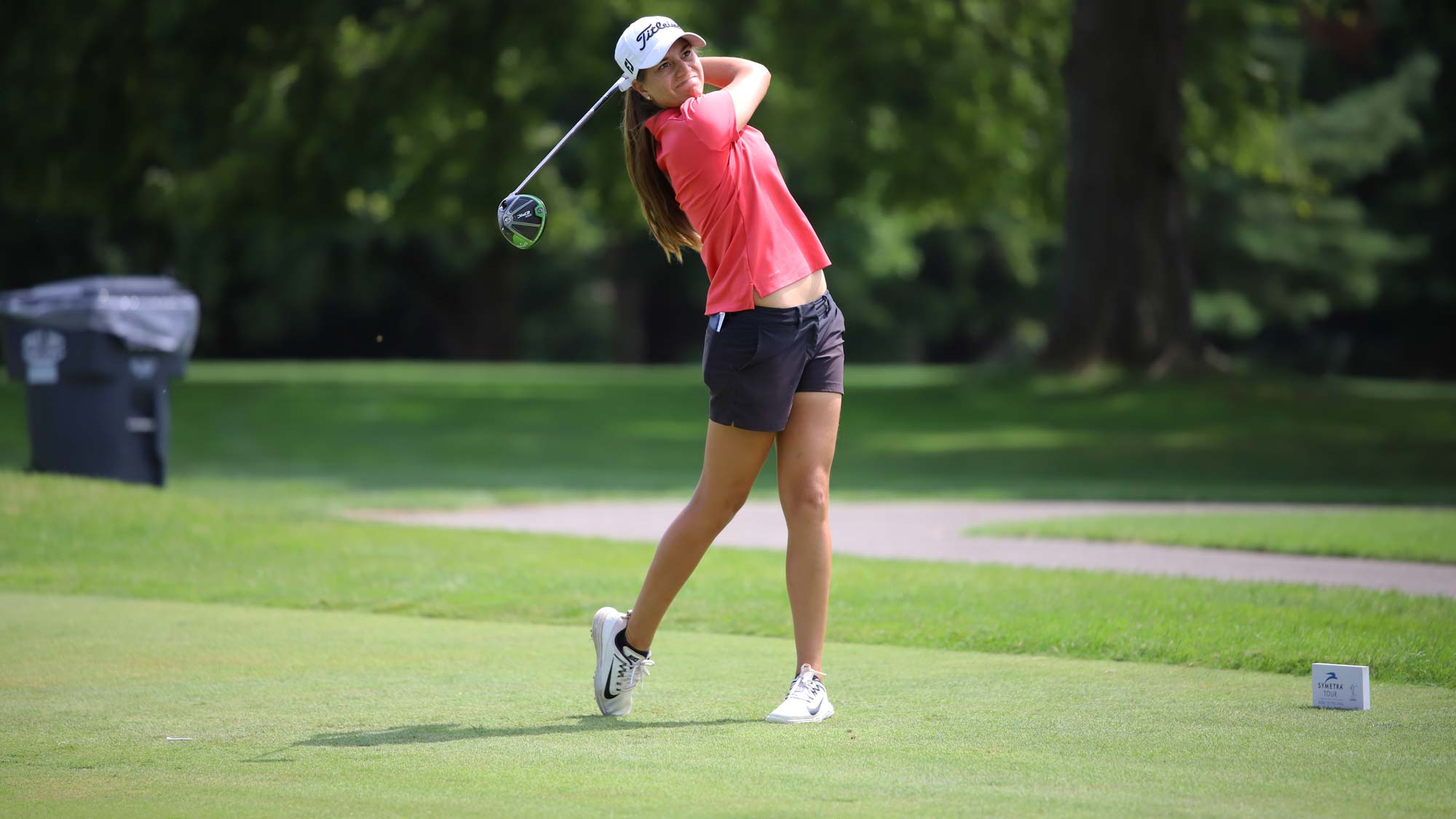 CHAVES FIRES CAREER LOW MARK ON MOVING DAY
A rookie on the Epson Tour, Milagros Chaves (Asuncion, Paraguay) sure picked a great time to shoot a career low. The 6-under par 66 today in Battle Creek, Mich., was also the first bogey-free performance in her professional career.

During her collegiate days at San Diego State University, Chaves earned 2015 All-Mountain West Second Team honors and guided the Aztecs to the program’s first Mountain West Conference title. She was also a tournament medalist at the 2018 Mountain West Conference Championship. Across 15 total starts this year, Chaves has played the weekend twice with a season-best tied for 11th at Florida’s Natural Charity Classic in March.

“I’m really proud of the score and it feels pretty good,” said Chaves. “The first couple tournaments were a whole new experience and really different from college golf because the level of all these girls and the competition is so high. I have been getting used to the pressure and working hard on my game. I made a couple cuts, but wasn’t near the top of the leaderboard or anything. Tomorrow is going to be fun I think. I’ll be nervous, but will focus on my game because that’s all I can do.” 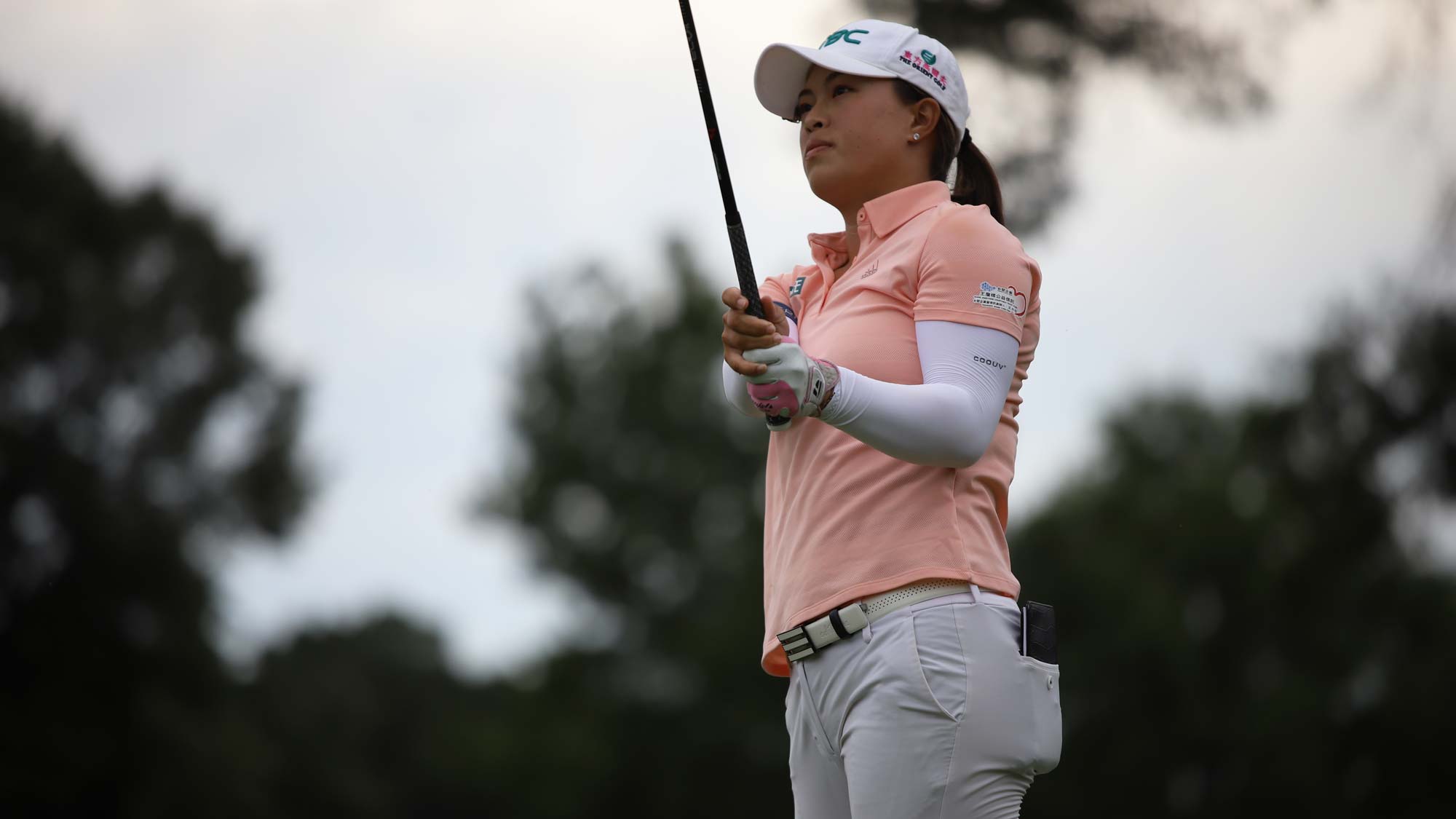 CHENG IN CONTENTION ENTERING FINAL ROUND ONCE AGAIN
Rounding out the FireKeepers Casino Hotel Championship final pairing is the current No. 7 in the Volvik Race for the Card, Ssu-Chia Cheng (Taipei, Chinese Taipei) after firing a bogey-free, 5-under par 67 on day two in southwest Michigan.

The member of Team Chinese Taipei in the 2016 UL International Crown was most recently part of the last group at the Donald Ross Classic in July. Her solo second result marked a career-best for Cheng and is one of five total top-10 finishes this season.

“It has been a solid year for me, consistent and a few top-10s just still waiting for that first win,” Cheng said. “You never know, my game was pretty good today. On the last hole I had a tough up and down, but made the putt and that gives me a lot of confidence for final round. I know my game better this year, my mental is definitely stronger too. I learned a few things playing in final pairings and that helped as well.”

NOTABLE QUOTES
Vicky Hurst (-8, 4th) on the experience she draws from her eight career Epson Tour wins:
“I feel pretty good about my game. I’m not really concerned about what anybody else is doing, will just stick to my routine and the gameplan. Hopefully make some more putts tomorrow. I’ve been lucky to be in this position a bunch of times in the past. I feel really comfortable and won’t be too nervous for the final round. No matter what happens, my wins have helped prepare me for this situation.”

Min Seo Kwak (-6, T7) on being a past champion of the event and now in contention this year:
“I try to win here because I won five years ago and am thinking of good memories, just doing the same thing. I have the same caddy this week as when I won, so we make a good team. I’ll try to go low and get the win tomorrow. For the Volvik Race and to maintain my goal of being in the top-10, I think I need to win a tournament somewhere and this could be the place to do that.”

Maria Parra (-5, T12) on 6-under par 66 second round and how Battle Creek Country Club sets up:
“Anything can happen and I’m going to try to play like today, hit a lot of greens and fairways. That’s the way. Course is shaping up really nice and is similar to many European courses—big trees, plays long and not very open. We are in many places and a lot of different venues, so it is the same as everyone.”