Rennell Joins De Roey on Top After Round Two

MAGUIRE SEARCHING FOR SECOND WIN OF SEASON
One of four players tied for the lead at 5-under par overall after 36 holes, Duke University alumna Leona Maguire (County Cavan, Ireland) heads into the final round looking to become the first two-time winner on the Epson Tour this season.

“I keep putting myself in these positions which is always a good thing,” said Maguire, who captured the Windsor Golf Classic title in early April. “Made a charge last week in the final round. Hopefully I’ll be a little closer and I’m feeling pretty comfortable back here in North Carolina, pretty similar to the courses we played in college. Trying to keep myself under the hole because these greens are slick."

Maguire battled to a 3-under par performance in the second round, which included a string of three straight birdies on the front nine. Tomorrow, she’ll make her second appearance in a final pairing this year when she heads out from No. 1 tee at 1:50 p.m. ET.

“I’m really looking forward to teeing it up again in the last group,” Maguire said. “I’m feeling comfortable and in familiar territory this week, drawing on my experience of playing college golf in North Carolina. I’ll try to give myself as many chances tomorrow and hopefully some putts drop.” 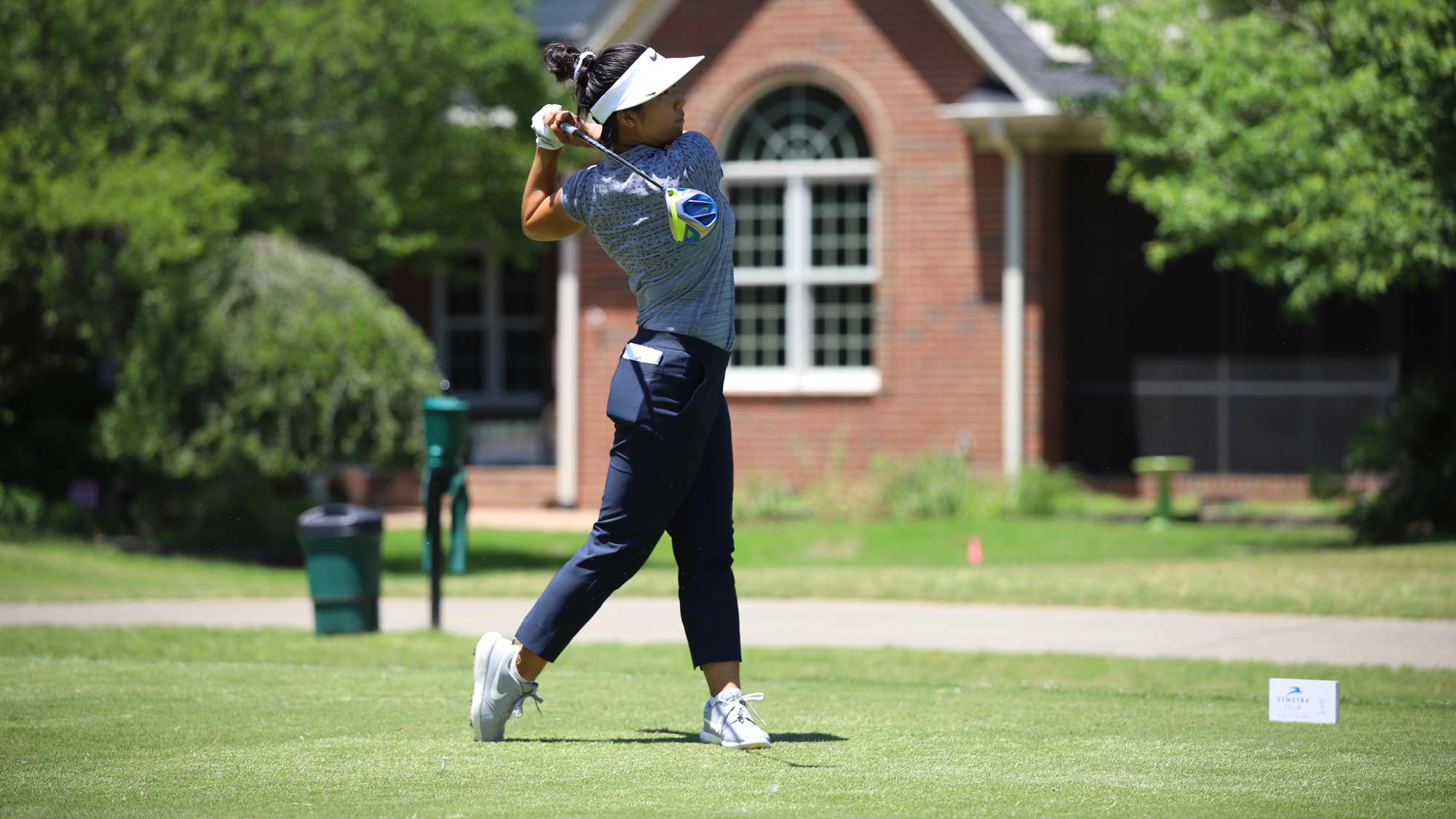 DESPITE HISTORY, RIVER RUN COUNTRY CLUB EXCITES NA
A year ago at River Run Country Club, Stephanie Na (Adelaide, Australia) ended two rounds with a score of 8-over par and missed the cut. Between that showing and the weather shortening the event, she is enjoying a comparably different place than where she once was.

Na went 4-under par this afternoon, highlighted by an eagle, four birdies and two bogeys. She’ll not only be searching for her first win on the Epson Tour when she joins Maguire in the final pairing, but also her first top-10 since the Fuccillo Kia Classic of New York last July.

“I didn’t have the greatest memories from last year here, but I think I was looking forward to it because I remember last year thinking it was a really nice course and I like the layout, how it played,” said Na, who owns a career-best finish of solo second at the 2014 Chico’s Patty Berg Memorial. “Just the conditions we had to play in weren’t ideal, being so wet. I have been looking forward to having another go out here in better conditions. The adjustments they’ve made with certain tee boxes make you think a little more and every shot you need to position well.” 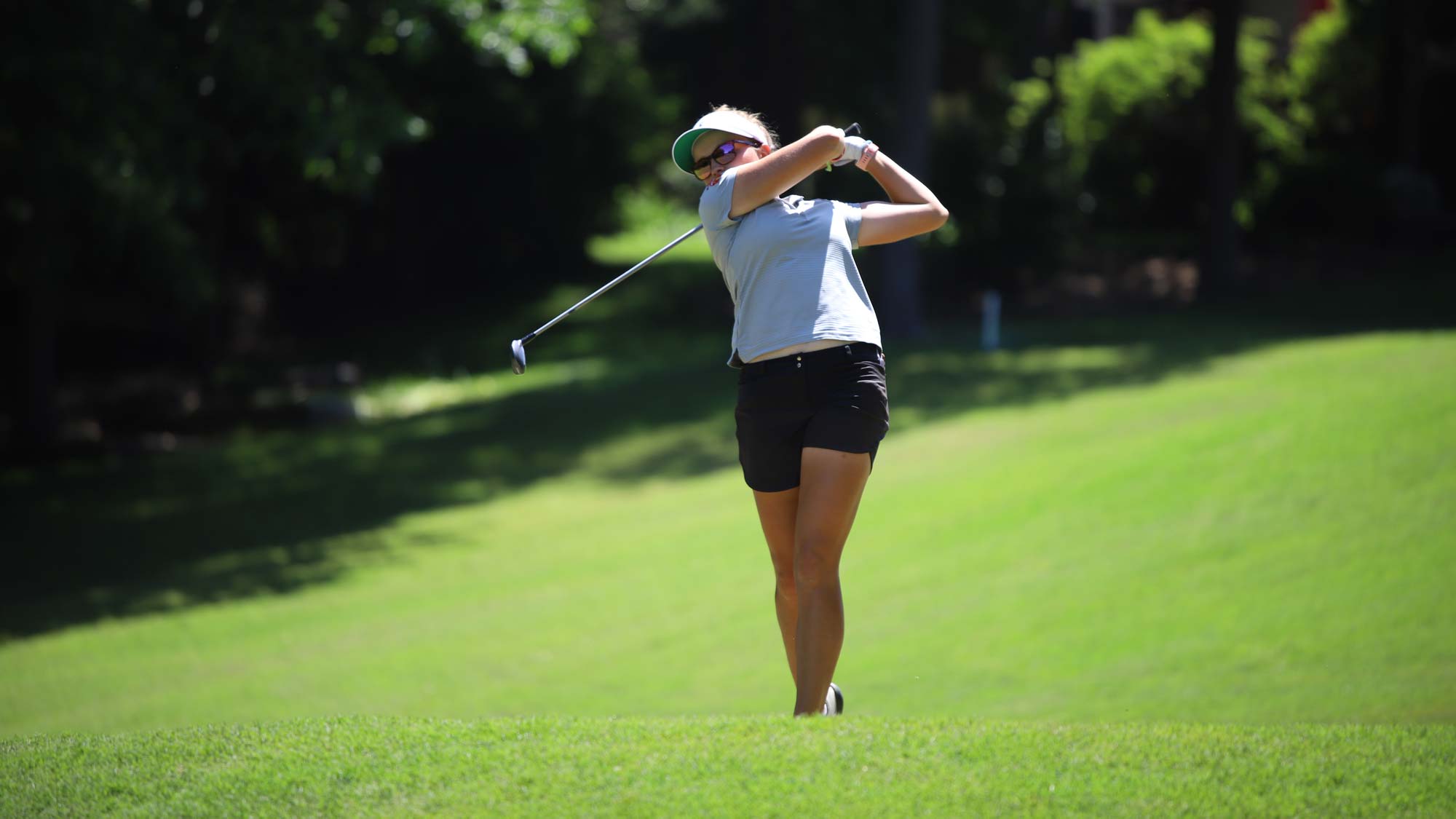 FERNANDEZ CANO TAKES INSPIRATION FROM PARRA
Drawing from the first career Epson Tour victory of fellow countrymate Maria Parra (Guadiaro, Spain), this week it is Fatima Fernandez Cano (Santiago de Compostela, Spain) attempting to make it back-to-back wins for the nation of Spain on the “Road to the LPGA.”

Her second round 1-under par 71 has Fernandez Cano tied for the lead with 18 holes remaining. It also marked the first time this season she has recorded consecutive rounds under par.

“It did inspire me a little bit to see Maria win last week, for sure,” said Fernandez Cano, who will compete in the penultimate pairing tomorrow with Eun Jeong Seong (Yongin, Republic of Korea). “I knew she had gone through a little bit of a rough patch like everybody else. Knowing you are going to come out of it at the end if you just keep working, it gave me some hope in a way.”

NOTABLE QUOTES
Eun Jeong Seong (-5, T1) on her mentality today and heading into the final round:
"I’m very excited, but today was very different than yesterday because I started really bad. I had good memories of yesterday, so I just kept going and I think this tournament is a turning point for me. In the final round some players could shoot very well, so I need to keep doing the same thing I’ve been doing.”

Perrine Delacour (-4, 5th) on how River Run Country Club played in the second round:
“It was harder today because the course was playing a little longer and the greens are so firm, making it hard to stop the ball. You had to make sure you play short of the pin, but sometimes when the pin is short and you play short then you end up in the fringe. It was harder around the green to have an opportunity for birdie.”

Brittany Benvenuto (+1, T18) on recording an ace at the par-3 17th with a 6-iron from 171 yards:
“It was a perfect left pin for a lefty because it was tucked on the right and hills to the left, perfect draw for a left-handed player. I was waiting for the group in front of me, licking my chops with wind straight in for a perfect 6-iron. Hit it and was like, ‘It’s looking pretty good.’ Went onto the hill, the guys behind the green got excited so I knew it was on the right line, then it disappeared. It was a good pin for me. This is my third one in competition.”