“I feel like I’m living a dream, just to play golf and not think about anything else,” said Tavatanakit, who entered the final round two shots back of the lead. “My mental game has got a lot stronger and knowing there is more golf ahead gives me the vibe to stay calm, that the rest will take care of itself. I’m happy to win and the hard work is paying off.”

A seven-time tournament winner and two-time Women’s Golf Coaches Association (WGCA) First Team All-American selection for the Bruins, Tavatanakit finds the winner’s circle in just her third career start on the Epson Tour. Her previous finishes of tied for 14th at the Island Resort Championship and solo second in the Prasco Charity Championship have Tavatanakit on the fast track to climbing the Volvik Race for the Card standings.

Furthermore, the victory is the bookend of a week that started with Tavatanakit setting an 18-hole tournament scoring record of 11-under par 61 in the final round of the Thornberry Creek LPGA Classic. She recorded the bogey-free performance as a tournament sponsor exemption.

“When I was deciding to turn pro, I told myself to just commit,” Tavatanakit said. “So far, so good and I have no regrets. I like my job and love this sport more every day. I like the feeling of getting something when you have to work hard for it. I’ll be doing this for a long time and am glad to have finally made the decision to turn pro, stick to it. That is what helped me play so solid lately.” 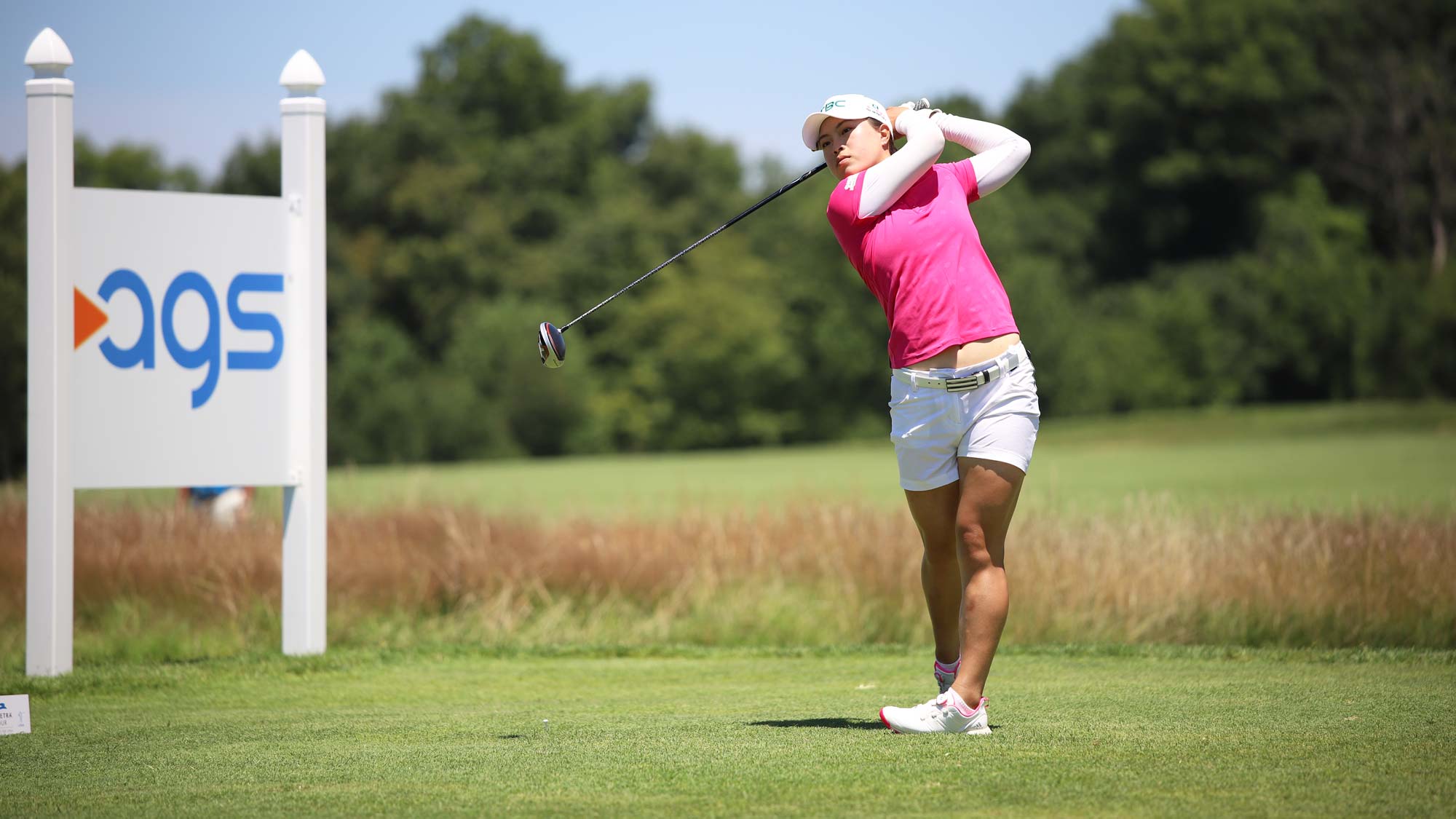 CHENG EARNS CAREER-BEST RUNNER-UP FINISH
For the 36-hole leader Ssu-Chia Cheng (Taipei, Chinese Taipei), a final round 2-under par 69 left her short of coming away with a first professional title. However, the career-best solo second result and $21,746 in prize money will go a long way to maintain her spot in the Volvik Race for the Card top-10 with only nine events remaining.

“I played okay on the front, a little struggle in the middle then finished pretty strong,” said Cheng, who found four birdies on the day. “I didn’t know people had shot that low because the last time I saw the leader was at 11-under. I knew she was playing good and that I needed a couple shots to chase. My game just wasn’t as good as the past two days, but I’m happy with the result. I can tell I’ve improved a lot since the [Island Resort Championship] final pairing I played in last year.” 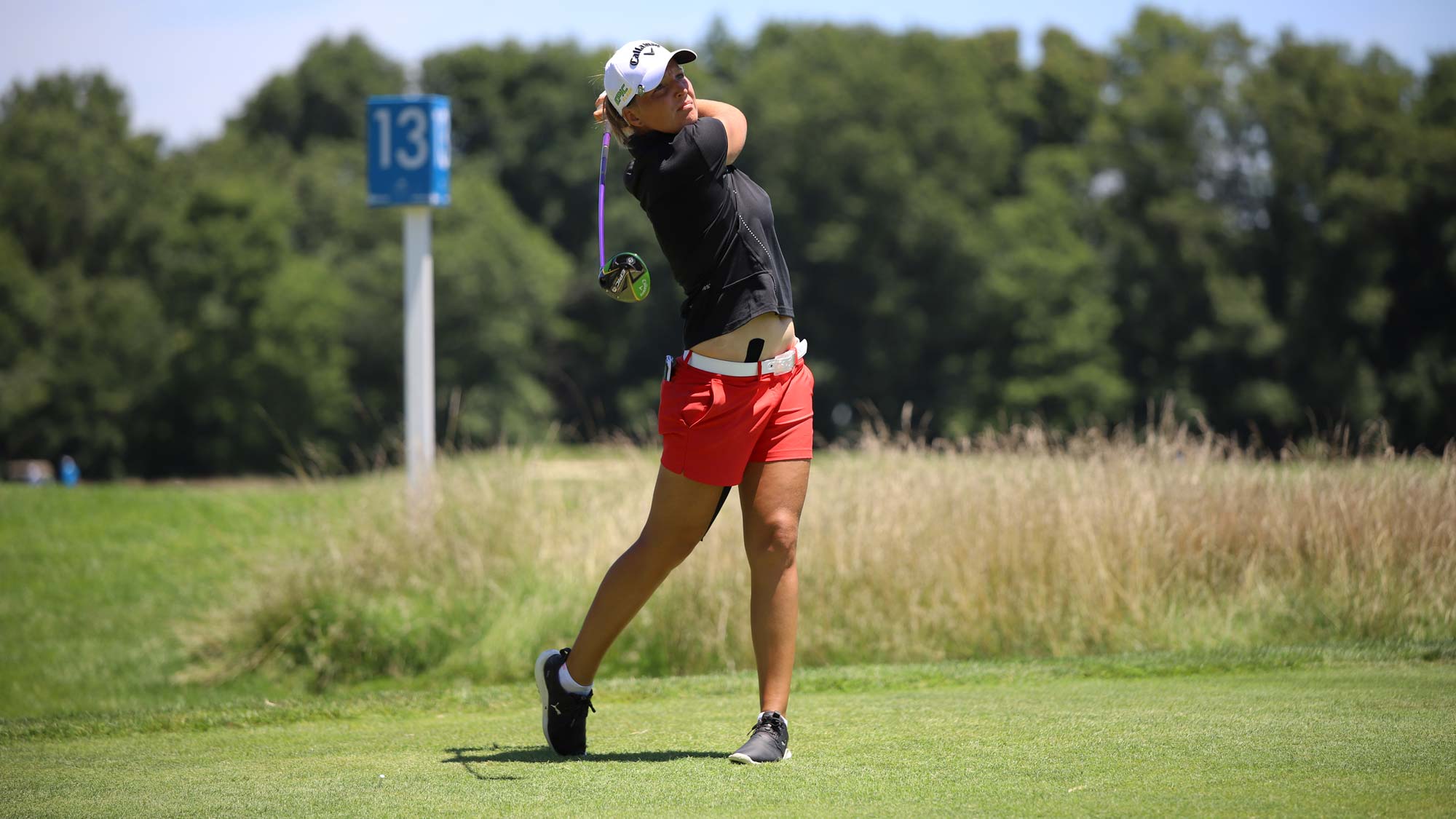 VOLVIK RACE FOR THE CARD STANDINGS AFTER WEEK FOURTEEN
Following the 14th tournament of the 2019 Epson Tour season, the Volvik Race for the Card welcomes a fresh top-10.

The victory and $33,750 winner’s check move Tavatanakit up 30 spots to No. 12, having earned $48,871 across three starts this season. Here is a look at the current top-10 heading into the fifth annual Danielle Downey Credit Union Classic at Brook-Lea Country Club in Rochester, N.Y. from July 18-21:

NOTABLE QUOTES
Perrine Delacour (-9, 3rd) on her 8-under par 63 finish for solo third:
“I was really happy with my round, played really good. Going 8-under par on this course is pretty good because you have to be so patient. Definitely a lot more confidence in my game, even though I already had plenty and confirms a lot of things. Happy with how I came back after struggling in the first round.”

Min Seo Kwak (-8, T4) on shooting a bogey-free, 8-under par 63 today:
“This morning I went to the hotel for breakfast then to the range and forgot my golf bag. So, I went back to the house to get it and didn’t have much time to practice after that. I tried not to make the mistakes like the previous two days, just do better. I’m now excited for Rochester.”

Michelle Piyapattra (-8, T4) on her final round and the mental hurdle she battled:
“I had a good start with a good birdie stretch, but at the end struggled. The quadruple bogey on No. 13 from yesterday was still in my mind. I chunked it off the tee so definitely wasn’t going over and managed to par today, which was better. My putting has been pretty good lately.”