SECOND STRAIGHT WIN IN SIGHT FOR TAVATANAKIT
Patty Tavatanakit (Bangkok, Thailand) fired a 7-under par 65 this afternoon in the third round of the Danielle Downey Credit Union Classic to create a five-stroke, 54-hole advantage at 15-under par overall.

The performance from the most recent Epson Tour champion at the Donald Ross Classic featured a five-hole stretch of 6-under par from Nos. 8-12. Tavatanakit went birdie-birdie-eagle-birdie-birdie to really separate herself from the rest of the contenders.

“I was a little upset for not making my putt on No. 7, then on No. 8 gave it a good look and felt that something was clicking,” said Tavatanakit. “I didn’t expect to make those birdies, but Nos. 10 and 11 are my birdie holes. My par-5 plan was good and kept things rolling. My irons have also been solid all week.”

With a second consecutive win in sight, Tavatanakit will head off No. 1 tee tomorrow at 12:40 p.m. ET in the final pairing. Meanwhile, the last player to claim back-to-back titles on the “Road to the LPGA” was Ruixin Liu (Dalian, China), the 2018 Epson Tour Player of the Year who won the IOA Golf Classic and Epson Tour Championship last season.

“I don’t want to let anything get in my head because it will affect my mental game if I were too results-oriented,” Tavatanakit said. “Especially going into the final round with the lead, I want to stick to my play box and get better with my memory box. I’ve learned how to handle pressure and want to keep doing what I’ve done the last five weeks.” 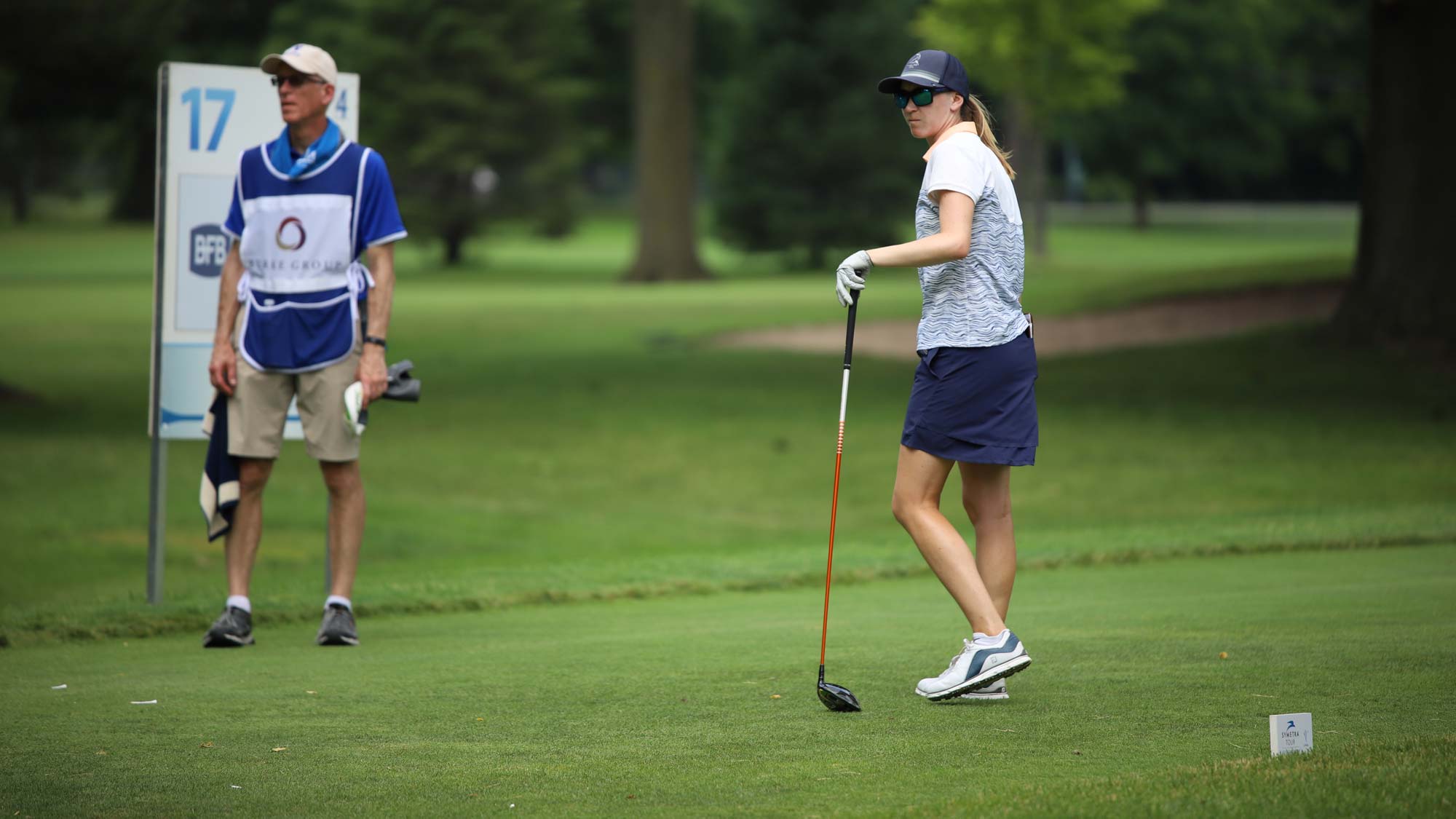 COLEMAN TAKES MOVING DAY BY STORM
Comprising the other half of the final pairing is Jenny Coleman (Rolling Hills Estates, California) after a strong moving day of 8-under par 64 to climb all the way from a tie for 47th to solo second. Her showing is the best round yet in the fifth annual Danielle Downey Credit Union Classic at Brook-Lea Country Club.

“I’ve been hitting it well all three rounds and finally made some putts today,” Coleman said after finding six birdies and two eagles. “It also helps when your approaches are inside 10 feet, or right around there. The greens are smaller, but softer and if you get the ball to land on the green then it won’t bounce off. If you miss the greens, it is hard to get up and down. Just keep playing my game and hope the putts drop.” 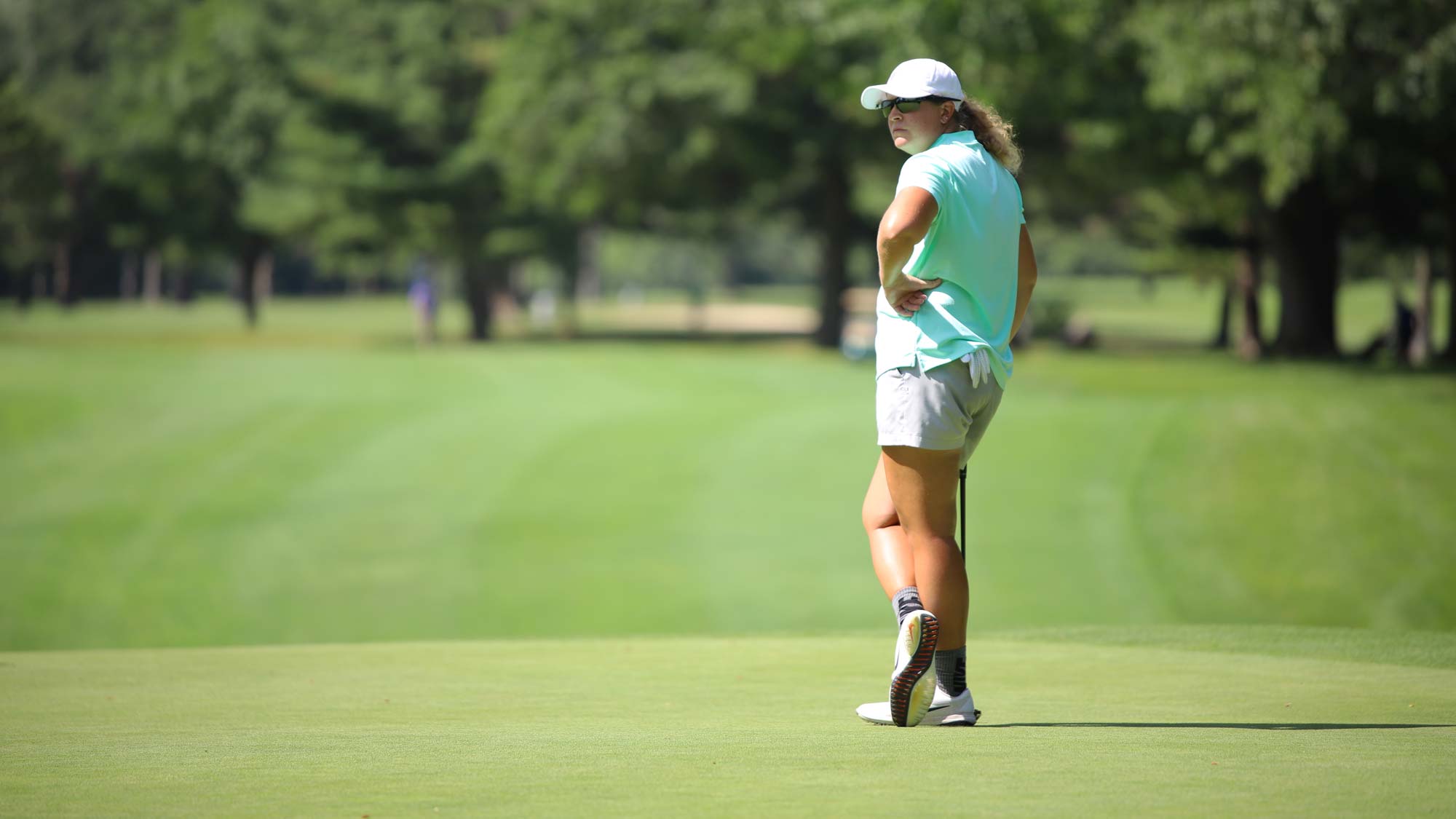 COUGHLIN REBOUNDS STRONG AT BROOK-LEA COUNTRY CLUB
Making a fourth career start in Rochester, N.Y. for the Danielle Downey Credit Union Classic, University of Virginia alumna Lauren Coughlin (Charlottesville, Virginia) is poised to earn her best result yet at the event. She has played every year since competing as a tournament sponsor exemption in 2016, with a top showing of tied for 16th in 2017.

This time around, Coughlin is one of four players tied at 9-under par overall heading into the final round. She opened today’s adventures by going 3-over par through six holes, but went bogey-free the rest of the way with five birdies to get back in control of her game.

“When I was 3-over, I really probably should have only been 1-over because I had a couple lip outs and it didn’t feel like I deserved to be there,” said Coughlin, who will play in the penultimate pairing tomorrow at 12:30 p.m. ET. “Made a 25-footer on No. 8, which kind of got me going. Then crushed driver on No. 10 over the tree on the right side of the fairway with a 250-yard carry. It got me back feeling really good.”

NOTABLE QUOTES
Laetitia Beck (-9, T3) on the state of her game right now:
“I’m still near the top of the leaderboard even though I’m struggling, which could be a good sign. You have to go through some periods and still get good scores. I think most players are capable of shooting a low score. I shot 3-under, but didn’t make birdies on Nos. 2, 10 and 11, the short par-5s then had a lot of putts lip out. I think anybody can score low here.”

Yujeong Son (-9, T3) on being in contention for a third straight week:
“It’s exciting and I’m having fun out here, so to be in contention makes it even better. It takes a lot to play under pressure and I’m learning a lot from it. Even if it becomes a bad round, I still learn a lot. It all depends on my shots tomorrow. My driver was a little off today, so I couldn’t be aggressive. If I hit some fairways, I can take it aggressive. A lot of birdies need to be made and I’ll try my best.”

Maude-Aimee Leblanc (-9, T3) on the conditions today and her approach for tomorrow:
“It was swirling a lot under the trees and it got me a couple times, for sure. My putting wasn’t as good as the first two rounds and that’s where most of my strokes came. I have been playing Nos. 10 and 11 very safe, not going for the greens in two. That’s an option tomorrow, we’ll see if I feel comfortable enough.”